The International Day of Press Freedom is celebrated on May 3, reminding all governments to respect and support journalists and their commitment to press freedom. Media professionals and journalists also use this day to reflect on press freedom and issues surrounding work ethic issues. This day also supports media organisations and personnel who have been subjected to restrictions or abolition of press freedom. It is also a time to remember journalists who have lost their lives in their quest for stories and to highlight their work [1]. 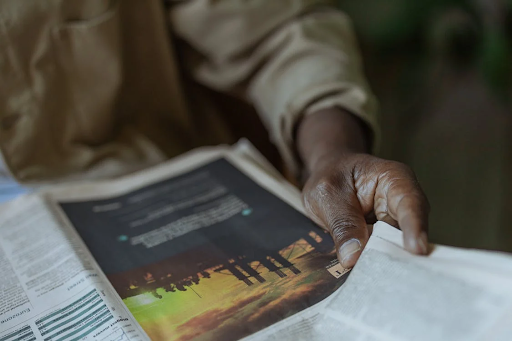 May 3 marks the anniversary of the Declaration of Windhoek, which emphasises the importance of free, independent, pluralistic media as an essential part of democracy. In 1991, newspaper journalists from Africa presented a Declaration of Windhoek which outlines free press principles, during a UNESCO seminar in Windhoek on "Promoting an Independent and Pluralistic African Press" in Namibia. The UNESCO General Conference endorsed the Windhoek Declaration at its 26th session in1991. In 1993, the UN General Assembly proclaimed May 3 as the World Press Freedom Day after following the recommendation of the UNESCO General Conference [2].

As relevant today as it was when the Declaration was signed, the historic link between the freedom of seeking, imparting, and receiving information remains unchanged after more than 30 years. Across the world, publications and social media are censored, fined, and suspended, while journalists, editors, and publishers are harassed, attacked, and even killed. It is an excellent opportunity to inform citizens about press freedom violations.

On May 3, 2022, UNESCO will award the "Guillermo Cano World Press Freedom Prize". The award is named after the Colombian journalist Guillermo Cano Isaza, who was assassinated in front of the office of his newspaper "El Espectador" on December the 17th, 1986. Each year, the prize is awarded to a person, organisation or institution that has contributed to the defense and promotion of press freedom anywhere in the world, especially when at risk [3]. 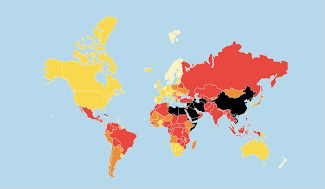 According to the index compiled by the organisation “Reporters without Borders”, there is great concern regarding press freedom. The index measures the level of freedom available to journalists in 2021. Five colours are used to indicate characteristics such as good (white), fairly good (yellow), problematic (orange), bad (red) and very bad (black). Based on this index, it is noted that a large majority of the map is orange, red or black, which means that freedom of speech is not well respected in most nations, and a large part of the world is dealing with threats to freedom of press. 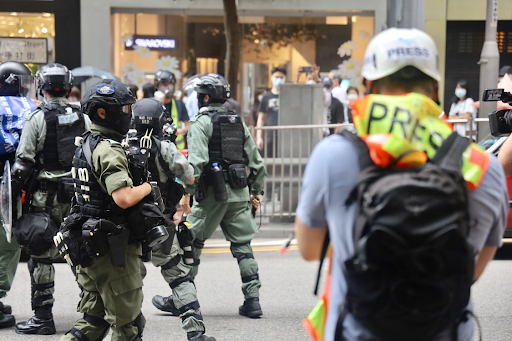 Press freedom is protected by the right to freedom of expression protected in Article 19 of the Universal Declaration of Human Rights (UDHR) and Article 19 of the International Covenant on Civil and Political Rights (ICCPR). The article provides that States should guarantee everyone's right to freedom of expression, including the "freedom to seek, receive, or impart information or ideas of any kind", regardless of frontiers, and through any media of a person's choice including online. Several binding treaties, including the International Convention on the Protection of All Persons from Enforced Disappearances, include specific obligations for journalists whose work is being retributed by enforced disappearances [7].

Moreover, Article 79 of the Additional Protocol I, which governs international humanitarian law, states that journalists, media professionals and associated personnel are protected explicitly by international humanitarian law as civilians, as long as they do not adversely affect their status as civilians. In other words, any offence against a journalist committed by a party to an armed conflict constitutes a war crime, and the perpetrators need to be held accountable [8].

This year from the 2nd-5th of May, UNESCO and the Republic of Uruguay will host the annual World Press Freedom Day Global Conference. "Journalists under digital siege" is the theme of this year's conference, which will examine how the digital era impacts freedom of expression, journalist safety, access to information, and privacy. The conference will be in Punta del Este, Uruguay remotely.

UNESCO chose this theme because in view of increasing surveillance via technology, which is a way to harm the safety of journalists through the disclosure of private information that can be used to harass or attack them arbitrarily.

Geneva International Centre for Justice (GICJ) condemns the violence perpetrated against journalists and media professionals, especially against those who have lost their lives to pursue the truth and the defence of press freedom. GICJ also supports the media that have been subjected to restrictions or abolition of press freedom and is deeply discouraged by the fact that in large parts of the world press freedom is gravely threatened, and there is no sufficient international protection to ensure press freedom.