Every year, March 1st celebrates ‘’Zero Discrimination Day’’, the right of all people to live a full and productive life with dignity and without discrimination. It was first celebrated on March 1, 2014, and was launched by the Joint United Nations Programme on HIV/AIDS (UNAIDS)´ Executive Director at Beijing after the organization launched its Zero Discrimination Campaign on World AIDS Day in December 2013.

"Eliminate laws that harm, create laws that empower," has been a slogan of UNAIDS to highlight the imperative of taking action against discriminatory laws. In many countries, those laws result in people being treated differently, excluded from essential services or unfairly restricted in how they can lead their lives just because of who they are, what they do or who they love. 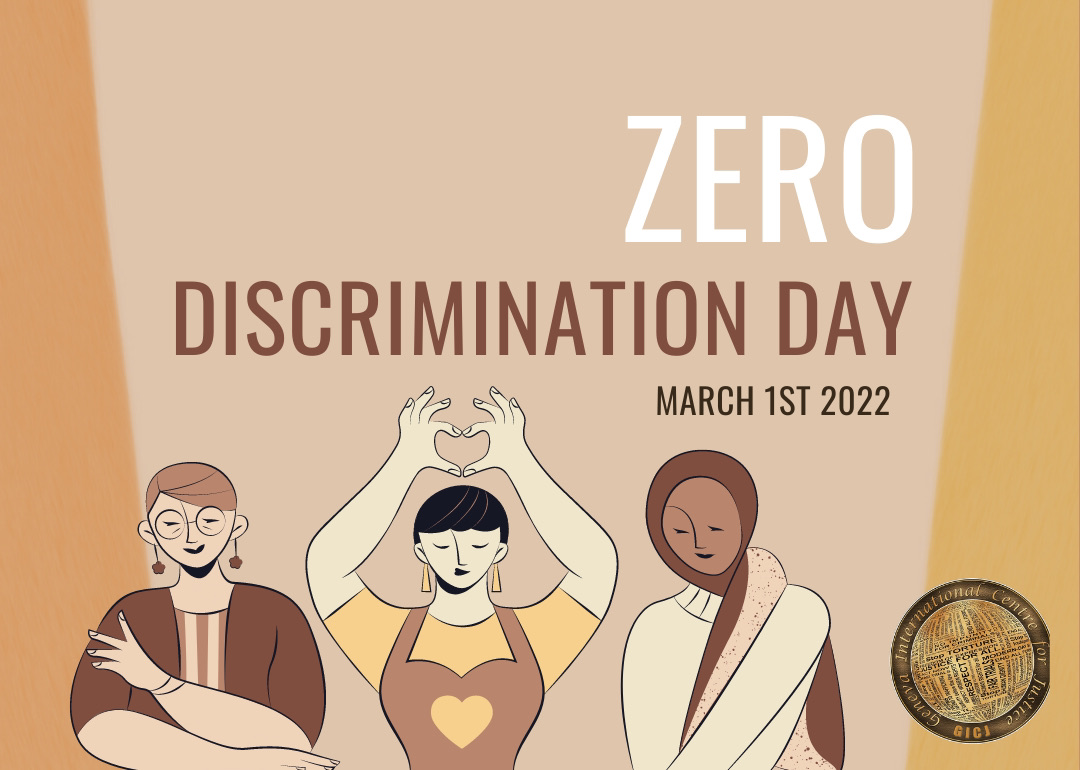 The symbol of Zero Discrimination Day is a butterfly which illustrates that discrimination, based on sexual orientation, income, gender, colour, religion, health status, gender, religion, age and many other factors, exist all over the world and it is an issue that every society has to cope with.

The primary goal of the celebration is to promote and advance inclusive policies in both political, economic and social spheres, and allow people to live in human dignity, as enshrined in Article 7 of the UN Human Rights Charter.

In this year 2022, the theme is “Zero Discrimination Against Women and Girls”. The main focus lies on empowering women and girls and spreading awareness to take action and promote equality between sex and all genders. It draws attention to the worsening inequality and injustice that currently exist around the world, calling for urgent action to end gender-based discrimination.

Nowadays, it is estimated that 60 percent of chronically hungry people are women and girls; less than 20 percent of the world's landholders are women; women make up more than two-thirds of the world's 796 million illiterate people; only 39 percent of rural girls attend secondary school; children of mothers with no education are 3.1 times more likely to die than those with mothers who have secondary or tertiary education; men's average wages are higher than women's in both rural and urban areas; and finally, a large gender gap remains in women's access to decision-making and leadership.

These numbers are not just statistics -they prove the undeniable link between gender inequality and poverty and hunger, the impact of urban and rural contexts, the relevance of education and participation, and more importantly, the urgency of taking further action worldwide.

Geneva International Centre for Justice (GICJ) reminds that discrimination against women and girls constitutes an offence against human dignity. States have a moral and legal obligation to eliminate discriminatory laws and enact legislations that protect them from discrimination and unequal treatment.

Ultimately, gender inequality affects society as a whole, and particularly children´s well-being. In many countries, laws that discriminate against women and girls remain in force, while laws that uphold women’s basic rights and protect them against harm and unequal treatment are far from the norm. This tendency should be approached and eradicated, GICJ emphasizes that the call to action is a moral obligation of the international community.