This year marks a decade since the Tuareg rebellion started on January 2012 between the Northern and the southern part of Mali, an issue that’s rooted in the country’s ethnic history and geography. The north is home to the Tuareg people who share its Arabic culture with North Africa, while  the south is home to the Mande people who share a similar culture with the rest of West Africa.

Northern Mali was fighting to create an independent state that they called Azawad under the organization “National Movement for the Liberation of Azawad (MNLA)”. On the 22nd of March 2012, President Amadou Toumani Touré and his government were overthrown in a coup d’état by the “National Committee for Restoration of Democracy and State” (CNRDR), a military group led by Amadou Sanogo. This led to further instability in the country especially in the Northern cities of Kida, Gao, and Timbuktu which were besieged by rebel groups; and by April 2012, the National Movement for the Liberation of Azawa (MNLA) who are backed by the Islamist group Ansar Dine had taken control of the Northern region imposing strict sharia law. A new conflict arose between MNLA and Ansar Dine over the vision that each had for the new state. 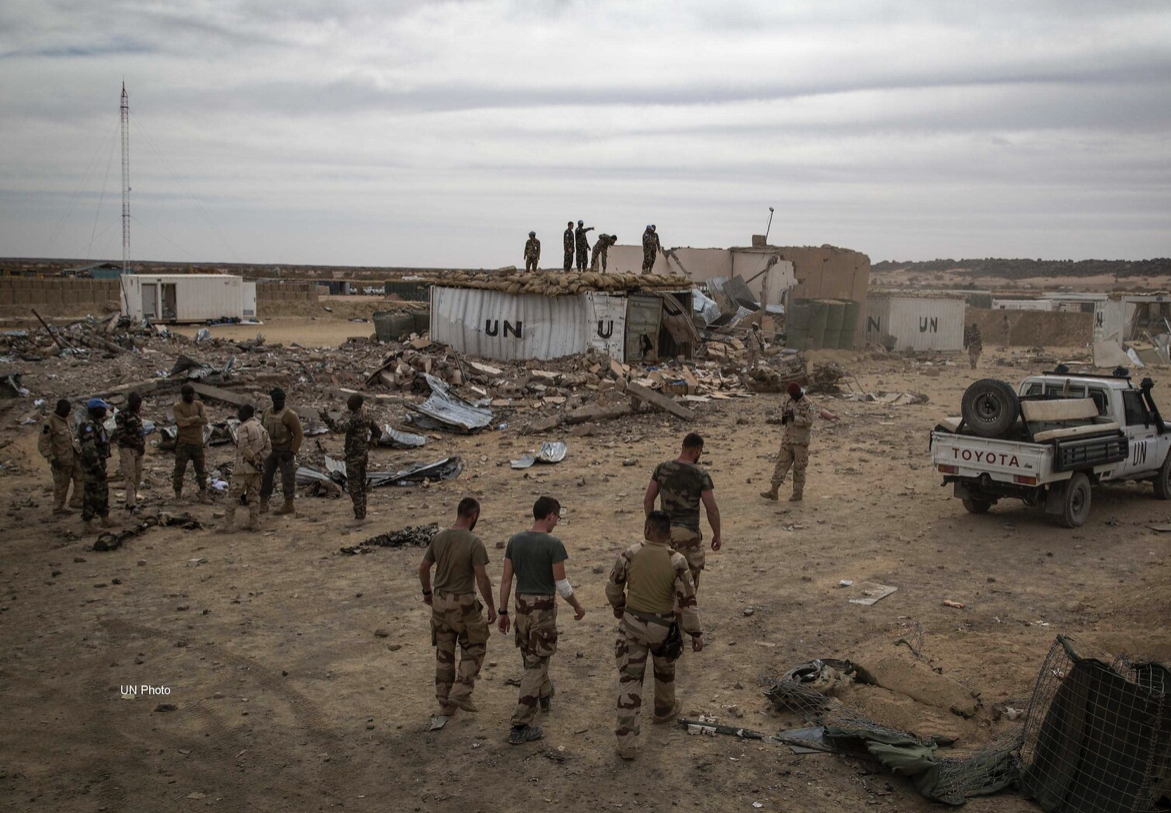 A report by Amnesty International in May 2012 stated that the conflict had created the worst human rights situation in Mali since 1960 with cases such as looting, gang rape, extrajudicial killings, and recruitment of child soldiers by the Tuareg and Islamist groups. At the beginning of 2013, the government of Mali made a plea to the African Union (AU) and the international community to intercede. On 11 January 2013, French troops arrived in Mali as well as forces from AU member states, and by February 8 the Islamist-held territories had been liberated. A peace deal between the government and the Tuareg rebels was signed on the 18th of June of that same year but on the 26th of September, the rebels backed out of the agreement claiming the government hadn’t held up to commitments as per the agreement.

On April 2015, the Algiers peace agreement was signed by the Mali military-led government and the rebels in Algiers, Algeria. Mediation was led by the Algerian government and the UN Stabilization in Mali (MINUSMA), the Economic Community of West Africa (ECOWAS), the African Union, the European Union, the United States of America, and France were all present during the negotiations.

The recurring cycle of instability and insecurity in Mali continues to remain alarming a decade after the 2012 insurgency and the Algiers peace agreement of 2015.  Fighting and terrorist attacks continue to occur leading to the growing number of internally displaced people (IDPs) with statistics from the United Nations indicating an increase from 216,000 to more than 400,000 people in just 2021. More than 1.8 million people are expected to need food assistance in 2022 compared to 1.3 million in 2021, the highest level of food insecurity recorded since 2014 according to the United Nations. (NATIONS) During a summit that was held in Ghana the 9th of January, the ECOWAS and the West African Economic and Monetary Union (UEMOA) imposed several economic and political sanctions on Mali, suspending commerce and financial aid to Mali as well as closing land and air borders with other ECOWAS member states until 2025. On Monday, Mr. Assimi Goita, Mali’s military ruler in an address to the nation strongly condemned the sanctions and called for unity and calm, expressing that Mali is still open to dialogue. He then went ahead to recall all its ambassadors from ECOWAS nations.

No country runs on economic isolation so, the latest sanctions on Mali are economic suicide to the landlocked country that depends on access to the ocean ports of Senegal and Ivory Coast to import goods into the country, this is economic suicide that will further lead to social and political catastrophe.

Last month, French troops left Timbuktu. Now, Russia’s mercenaries from the Wagner Group have been deployed in Mali to join the fight against jihadists. The arrival of the Russians drew criticism from western countries like former colonizer France as well as the USA. They assert that the Russian Wagner group is a serial human rights abuser. External actors  should be cautious and refrain from protecting and promoting their own interests but rather foster peace and security in Mali.

The neverending conflict in Mali has brought and still bears negative effects on the economic, social and political development as well as on geopolitical relations. Although sanctions can be a good thing when targeting a dictator, an enemy to democracy, and human rights abusers, to mention but a few, sanctions are ineffective because it’s always the innocent people that are the most affected. There is a saying in Luganda that best exemplifies this:  “When two elephants fight, it’s the grass that suffers”.

Geneva International Centre for Justice (GICJ) strongly condemns the decision made by ECOWAS AND UEMOA to place sanctions and we urge ECOWAS and UEMOA to reexamine this decision. GICJ encourages a space for dialogue and mediation with the Mali government, ECOWAS and AU to achieve peace and promote human rights.