Mass protests in Kazakhstan began on January 2, 2022, after a sudden sharp increase in prices for liquified gas. The protests began in the Western city of Zhanaozen but quickly spread to other cities: Almaty, Aktau, Aktobe, Karaganda, Nur-Sultan, Shymkent, Kokshetau, Uralsk, and Zhezkazgan.

Citizens across all regions of Kazakhstan took to the streets to support Zhanaozen where they showed their support chanting  “Zhanaozen, We are with you”.  In some cities, the protests escalated and turned into riots. The protests currently taking place in Kazakhstan are unprecedented. The last time the country witnessed protests of such scale was when the central asian country obtained its independence in 1991.  Demands for change have accumulated over the 30 years of the state's existence. The main political demand was the resignation of ex-President Nazarbayev from the political scene. He was the President of Kazakhstan for almost 30 years. In 2019, he left the post of President by himself.

Nazarbayev's protege, Tokayev, who was then speaker of the Senate won the presidential elections of 2019. The newly appointed President Tokayev renamed the capital to honour Nazarbayev which, along with the fraudulent nature of the elections, inspired many to protest.

To strengthen Nazarbayev's power, a Security Council was created. It was the most influential authority and it was headed by Nazarbayev. On top of this, there is a law in place regarding the “Leader of the Nation” that grants judicial immunity to Nazarbayev and his family. Tired from the lack of accountability of the Nazarbayev family, the Kazakh people have taken to the streets to protest. Even the announcement of the fall of gas prices did not discourage the protesters from voicing their frustration with the political system. Protesters have demanded the  dissolution of parliament and Nazarbayev's resignation. Along these demands, protesters also demanded for social issues to be solved.

The amount of social payment was significantly low, while prices for products were rising.  There were not enough places in kindergartens and schools. There was a high unemployment rate, especially in the southern and western regions of the country. This was confirmed during the protests. In these regions, the number of protesters was higher.

The country's oligarchy controlled many industries and businesses. For example, the recycling fee of citizens for the registration of cars was handled by a private organization. They set very high collection rates. Consequently, a dozen of foreign cars appeared in the country. Cars were bought by Kazakh citizens but not registered due to high fees. State funds such as “SamrukKazyna” and the Development Bank of Kazakhstan began to sponsor only programs beneficial to the state that did not improve the welfare of the population.

Police brutality is not new to the current protests. In 2012, law enforcement responded with extreme brutality to the protests that were taking place in Zhanaozen. This time around, all regions of the country have already been active in the protests against the government. The reaction of the authorities to such actions was immediate. The government headed by Prime Minister Mamin was dismissed and the state promised to reduce gas prices as soon as possible. The Chairman of the National Security Committee was detained for treason and Nazarbayev was dismissed from the post of Chairman of the Security Council. Starting from January 5, mass riots began in the cities of Almaty, Taraz, Shymkent. People demanded the complete resignation of the authorities. The buildings of the city hall, the prosecutor's office, and the buildings of the ruling Nur-Otan party were burned. During the clashes, the police beat citizens, opened fire and used military equipment. In the city of Almaty, the police could not cope with the onslaught from the protesters. Some policemen took off their uniforms and began to protest. On January 6, President Tokayev classified the actions of the protesters as a terrorist act attempted coup. Subsequently, President Tokayev asked for help from the CSTO (Collective Security Treaty Organization). According to article 8 of the Treaty, the Member States coordinate and unite their efforts in the fight against international terrorism and extremism and threaten the security, stability, territorial integrity, and sovereignty of Member States. Nonetheless, article 5 of the Agreement provides that the Organization operates on the basis of strict respect for independence and non-interference in internal affairs. On that same day, the CSTO troops were brought in and President  Tokayev gave the order to shoot to kill without warning against protesters. Many were detained during the demonstrations, from looters encroaching on private property to peaceful citizens who came to support Zhanaozen.

Starting from November 4, cellular communication and the Internet had not worked throughout the country. Only state channels were hung up. Starting from January 7, the Internet and communications began to work but only intermittently. Since November 6, a state of emergency has been introduced in the country and fully armed security forces have been patrolling the city. Entry and exit to some cities was prohibited, roadblocks checking cars were put up and a curfew was set. Journalists of Radio Azattyk (Radio Liberty) and Current Time have been detained during demonstrations, to be interrogated and later released.

Geneva International Centre for Justice (GICJ) supports the peaceful development of democracy in Kazakhstan. We condemn human rights violations during demonstrations and stand against the President’s decision to authorize the security forces to shoot without warning. We stand with the people of Kazakhstan in their struggle for democracy and call for the release of political prisoners and journalists as Kazakhstan tries to restore public order and ensure the safety and security of all citizens in Kazakhstan. 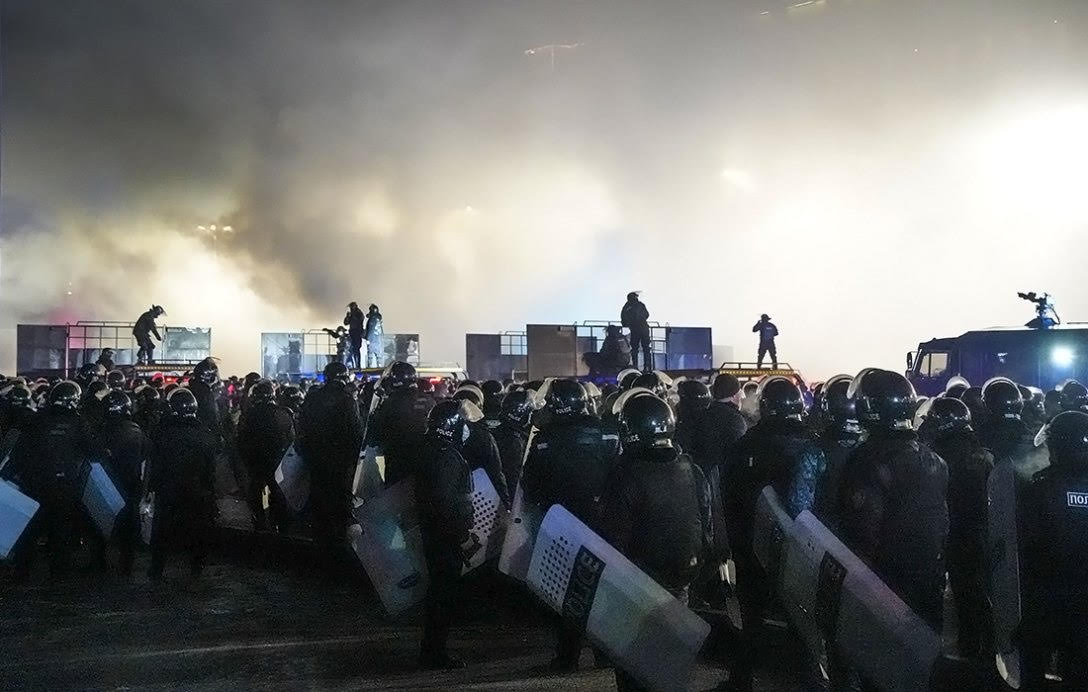 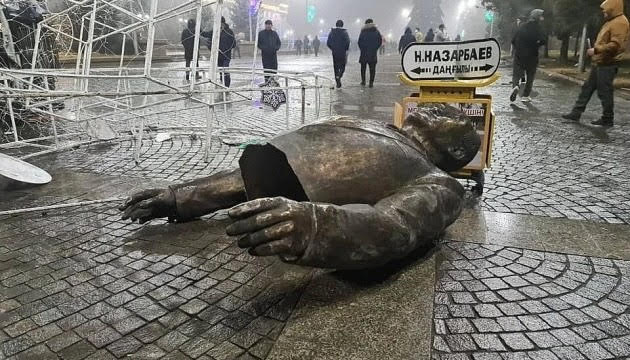 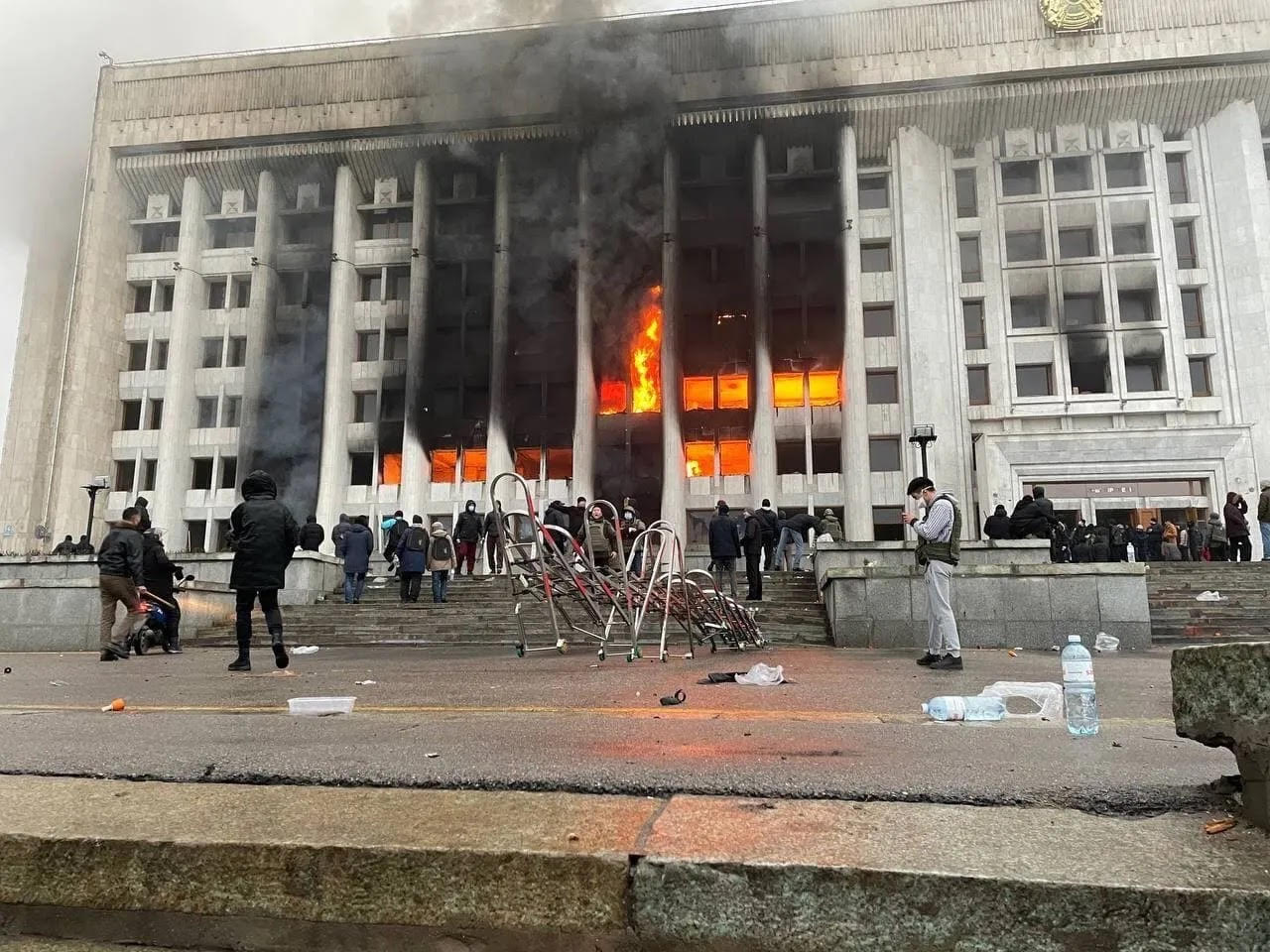