On 28 December 2021, the Supreme Court of the Russian Federation ordered the closure of the organization.  The Court found Memorial guilty of violating the highly controversial  Russian "foreign agent" law. If an organization receives foreign funding or engages in political activities that are vaguely definable, they have to label themself as "Foreign Agents". By doing so, they are also considered as foreign government workers. 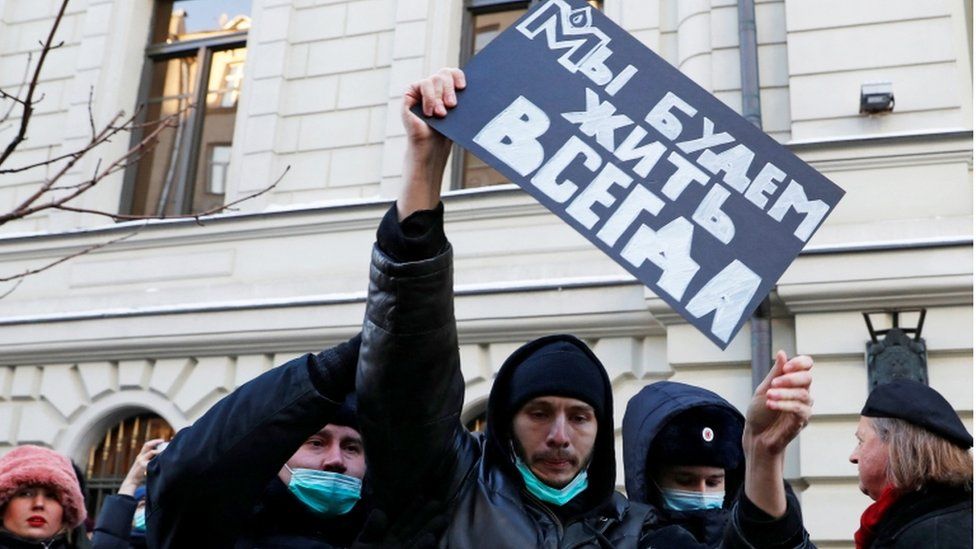 Memorial received funds from abroad, but refused to accept the “Foreign Agent” label. The Supreme Court explained that the sanctions were a reaction to the group's refusal to comply with the law. The Prosecutor General's Officer accused the organization of “undesirable activities of foreign and international NGOs”. However, opposition groups believe that the judgment is an attempt to suppress the efforts of the NGO. Opposition groups claim that the ban comes as a result of the government's disapproval of spreading awareness of political repression and crimes committed during the Soviet-era. By banning the organization, Russia restricts the political freedom of human rights defenders and their chances to document historical crimes.

The position of the Supreme Court is especially concerning when considering the precedential weight that the judgements has for interferrior courts. On December 29th 2021, one day after the ban of Memorial International, Moscow City Court ordered the closure of the NGO Memorial Human Rights Center. In addition, the NGO was charged for violating the "Foreign Agent" law. Among other things, they provide assistance to political prisoners. The prohibition is especially concerning, as the number of political prisoners in Russia had risen to 420 in October 2021, compared with 46 in 2015. [2]

In Fact Sheet 29, "Human Rights Defenders: Protecting the Right to Defend Human Rights" from 2004, the Special Rapporteur addresses the situation of human right defenders. The report emphasizes how legislation that targets human rights defenders and restricts their work, represents a serious threat to democracy.  The recent judgments from Russian courts shows how the "Foreign Agent" law obscures the work of NGOs, by hindering them from receiving foreign funds marked for human rights activities if they don't declare themselves as foreign workers.

In 2014 and 2016, the Venice Commission assessed legislation about "foreign agents", at the request of the Parliamentary Assembly of the Council of Europe. The Commission criticized the law of being vague and using broad terms. Furthermore, it criticizes the sanctions for being unproportional to the wrongful act. There should be a reasonable relation between the penalty and the pursued aim. The dissolution of an NGO should be reserved for severe cases of organizations violating democracy values, not as a sanction for minor violations of an administrative character. The Commission expressed deep concern that “this legislation enables the authorities to exercise significant control over the activities and existence of associations as well as over the participation of individuals in civic life”. [3]