“Grave miscarriage of justice” says Julian Assange’s Fiancée about the High Court Decision. Stella Moris expressed her disagreement on her official Twitter account regarding the High Court’s Decision. On Friday, December 10th, a British High Court found that Wikileaks founder Julian Assange could be extradited from the UK to the US. The US won its appeal against a January UK court ruling that he could not be extradited due to concerns over his mental health. 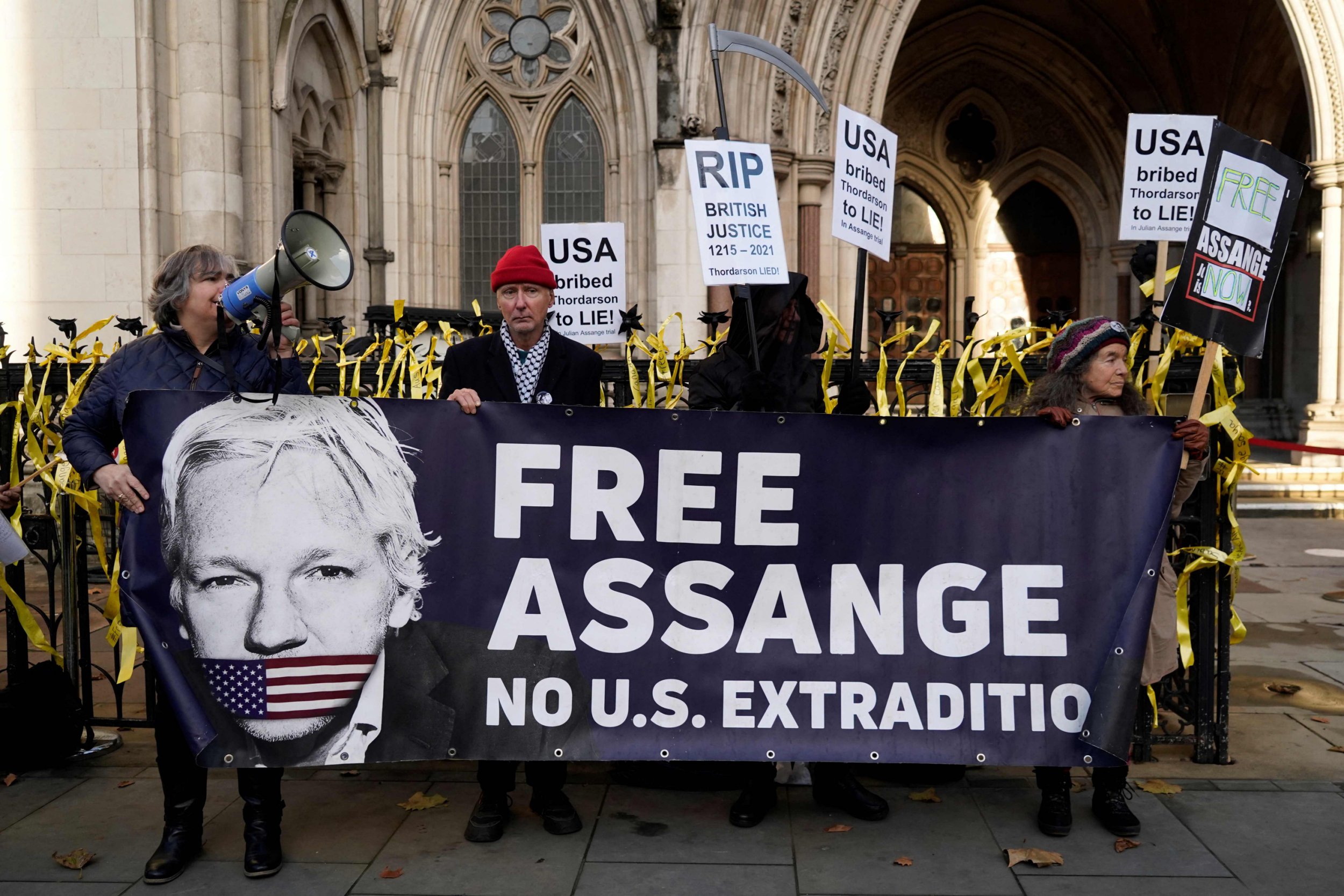 Julian Assange is an Australian journalist and founder of Wikileaks. Since the 2000s, he has published a lot of classified materials, some of covered up grave US human right violations during the occupation of Iraq and the War in Afghanistan. JA criminal case was opened against him on charges of sexual harassment in Sweden. He moved to England in 2010. There he was released on bail. In December 2010, Paypal, MasterCard and Visa blocked all payments to Wikileaks in an attempt to silence Assange. After that, he spent several years in the Ecuadorian Embassy, which granted him political asylum. After receiving written assurances from the UK that Assange would not be extradited to face the death penalty abroad, President Moreno overturned him to the UK. Since 2019, he has been in Belmarsh prison.

According to his lawyers, if convicted in the United States, the 50-year-old Assange faces a possible sentence of up to 175 years in prison. Currently, Assange is held in Belmarsh Prison, which is famous as a “British version of Guantanamo”. According to his family and doctors, Assange is being tortured in prison. This accusation was confirmed by the UN’s special rapporteur on torture and ill treatment Nils Melzer in 2019. Melzer affirmed that Julian Assange was suffering alarming deterioration of his mental and physical state in a British prison. He sharply called out Britain, Sweden and the United States for “ganging up” on Assange.

Now, civil society organizations and people around the world are actively calling for the release of Julian Assange. On December 10, demonstrations were held outside the Royal Courts of Justice in London by Julian Assange’s supporters. "Jail is killing Julian Assange" said Tasmanian MP Andrew Wilkie. He asked PM Scott Morrison to intervene in the prosecution of whistleblower Julian Assange. The extradition of Assange is a real risk of serious human rights violation. A #FreeAssange petition is circulating and has collected about 100.000 signatures already. Along with them, many independent NGOs condemned the court's decision and called for Assange's release.

Geneva International Centre for Justice (GICJ) stands against the High Court Decision allowing the extradition of Julian Assange to the US. Taking into account the defendant's current health and the risk for torture or death penalty in the US, GICJ calls for Julian Assange's release. No individual life should be put at risk of degrading or inhumane treatment, nor of the death penalty. There is no real assurance from the US government that such treatment would be avoided. Therefore, the extradition of Assange poses a real threat to his basic human rights, we fully oppose it.