The suffering endured from involuntary disappearance is propagated throughout whole communities and loved ones, while the ones responsible often go unpunished. 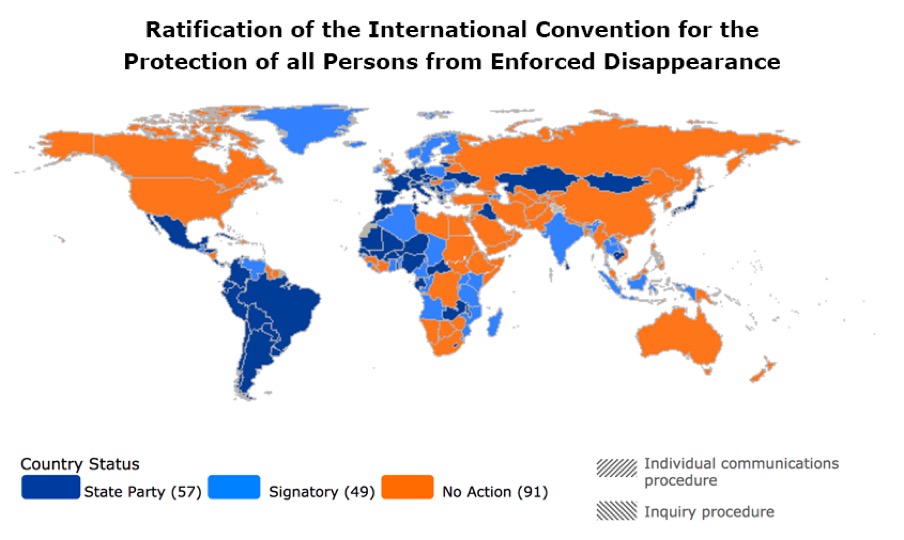 ICED is the leading international treaty imposing ensuring that no one is subject to enforced disappearance and protecting all victims of such a crime, legally codified as a crime against humanity according to Article 7(1)(i) of the Rome Statute. Sadly, the Convention is far from being universally ratified, and most countries where enforced disappearance is of frequent occurrence are not part of the Statute.

Alike under most international human rights treaties, a committee is set to ensure respect for all rights of the Convention. The CED is a body of independent experts which monitors the implementation of the Convention by State Parties. It examines all states' reports, registers requests for urgent actions, and handles individual complaints from victims of violations of the Convention. The most recent focuses of the Committee took place in May 2021, on the countries of Switzerland, Colombia, and Mongolia. 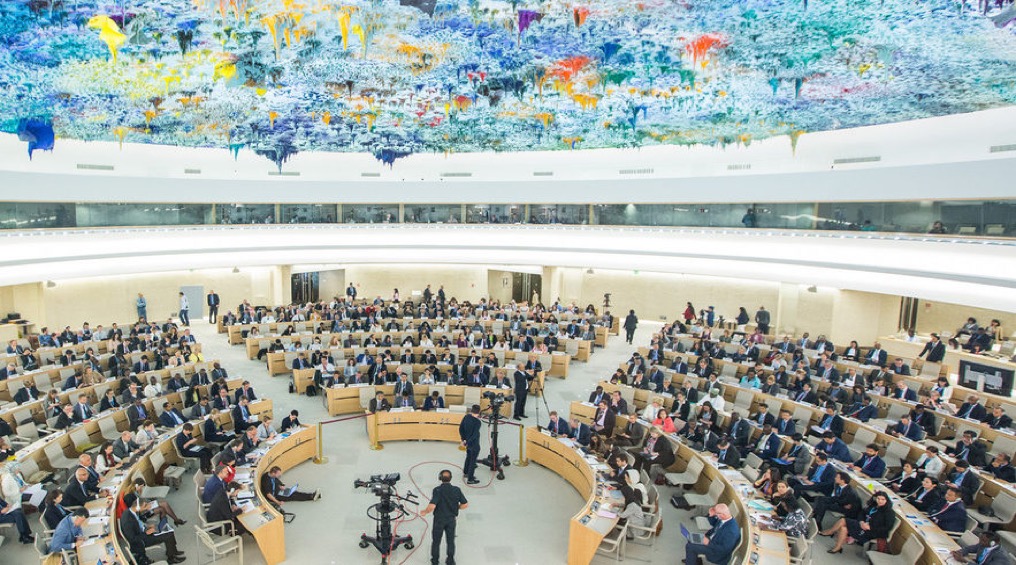 The Human Rights Council holds three regular sessions every year on human rights issues that require the attention of the whole international community and the United Nations, as the main organ responsible for promoting and protecting all human rights worldwide. This 47th session held between the 21st of June and the 15th of July 2021 brought about essential concerns on arbitrary detention and enforced disappearances. During the Interactive Dialogue on High Commissioner Oral Presentation on Ukraine (res. 41/25) and the Interim Report of Secretary-General on Human Rights Situation in Crimea (GA res. 75/192), enforced various delegations and civil society repeatedly brought forward disappearance. Conflicts in the Autonomous Republic of Crimea and Easter-Ukraine have been going on for seven years, and arbitrary detentions, as well as enforced disappearances, are of a regular occurrence.

On this day, it is essential to remind the whole international community that such crimes need not go unpunished, especially when committed mainly by the Russian Federation, a member of the ECHR, the Security Council, and the HRC. 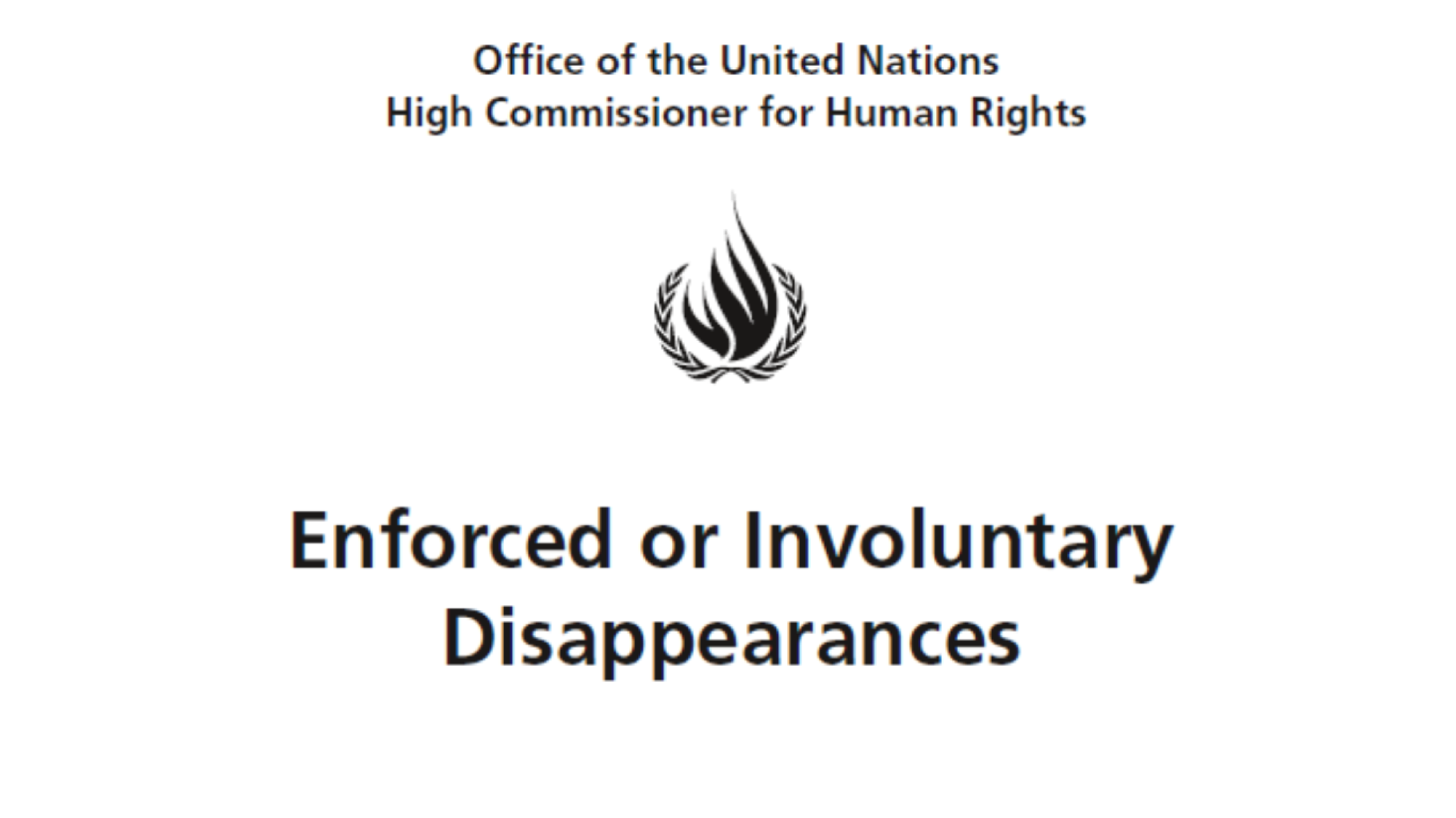 The working group’s principal duty is to aid families in ascertaining the fate or whereabouts of family members reported disappeared. It is a channel for establishing connections and communications between family members and the government concerned. For this, the working groups aim to create necessary cooperation with governments and human rights organizations worldwide, request investigations on some issues involving victims. The mandate of the Working was last renewed in October 2020 with the adoption of res. A/HRC/RES/45/3 reinforcing and widening the scope of their work.

Their work further observed that enforced disappearance is often used as a tool of intimidation, reprisal, and unlawful punishment against human rights defenders, including individuals who promote economic, social, and cultural rights.

As a Civil Society, we cannot reiterate enough on the crucial necessity to protect all human rights defenders alongside everyone’s economic, social and cultural rights.

Today, the combat to end impunity for enforced disappearances is far from over. Political coalitions in conflict regions with widespread propagandas and dictatorial regimes appear to be epicenters for this crime against humanity, as seen all over the globe. To rely on the government only in this fight for justice seem to be insufficient. For this, the UN must continue its significant work through the Committee, the Working Group, and the High Commissioner for Human Rights. It is the individual wrongfully imprisoned or detained who suffers and the families, communities, and nations as a whole.

On International Day of the Victims of Enforced Disappearances, the Geneva International Center for Justice calls on all missing states to ratify the ICED, condemn enforced disappearances, and held perpetrators accountable. In the case of crime that governments generally commit, it is the duty of the international community together to keep accountable other states that are part of the Human Rights Council, the ECHR, and all other Human Rights mechanisms.

GICJ would like to remind all stakeholders of the importance of notifying such crimes to the core organizations created to combat impunity and protect justice for all. Through such a process, we can one day ensure effective accountability mechanisms and criminal investigations and eradicate enforced and involuntary disappearances.