By: Christopher Gawronski and Ramez Sharaiha

In 2010, the UN Department of Public Information announced the launch of “language days” to celebrate the history, culture and achievements of each of the six official languages of the UN (Arabic, Chinese, English, French, Russian and Spanish). The date of 18 December was chosen to celebrate Arabic because this was the day in 1973 that the General Assembly of the United Nations adopted Resolution 3190 introducing Arabic as the sixth official language of the UN. The purpose of language days is to promote multilingualism and cultural diversity and to highlight the equal status of all official UN languages. World Arabic Language Day is intended to raise awareness and respect for the culture of the Arabic language while recognizing its outstanding contributions to the heritage of humanity.

The Arabic language developed on the Arabian Peninsula over 4,000 years ago, but the oldest written documents directly connected to Arabic date from about the 8th century BC. Starting in the 7th century after the advent of Islam, the Arabic language began to spread across the Middle East and northern Africa during the Muslim conquests of those areas.1 Along with the conquests came a flourishing of culture all across the rapidly enlarging Islamic World. Arabic became the predominant language of science and philosophy in what is considered to have been the Islamic Golden Age between the 8th and 13th centuries. During that time, people such as Muhammad Ibn Musa al-Khwarizmi and Hasan Ibn al-Haytham made major advancements in our understanding of the world through their contributions to mathematics and the natural sciences. Scientific and cultural Arabic-language works from this era were widely studied and disseminated in much of the world, including across medieval Europe.

In addition to its profound contributions to world culture, the UN recognized that Arabic is the native language of a large portion of the world’s population. As of 2018, the Arabic language, including its many local variations, is the fourth most common mother tongue in the world after Mandarin, Spanish, and English, with more than 315 million native speakers in 58 countries.2 Arabic is the common language in the Arab world and an official language in the 22 member countries of the Arab League, which are located predominantly in the Middle East and North Africa. By the time the General Assembly adopted Arabic as the sixth official language of the UN, it has already been a working language of several international organizations including UNESCO, WHO and ILO. UNESCO was the first such agency to use Arabic as a working language, which it did when holding meetings in Arabic-speaking countries starting in 1948. 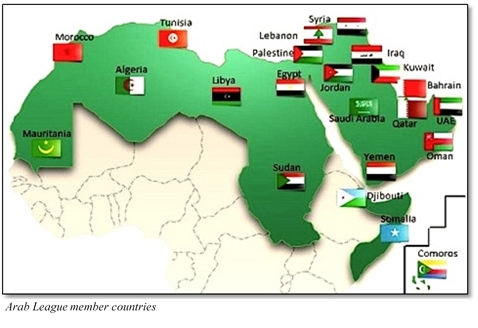 Arabic is an ancient language with a rich history. Below are some intriguing facts about this special language.

•    Arabic belongs to the family of Semitic languages, a branch of the Afroasiatic languages that originated in the Middle East. This family of languages also includes Amharic (Ethiopia), Tigrinya (Eritrea), Hebrew (Israel), and Tigre (Eritrea and Sudan) among others. Over the centuries, Arabic evolved and borrowed words from Aramaic, Hellenistic Greek, Hebrew and Persian.

•    Many versions of Arabic currently exist. Classical Arabic originated in the sixth century and is the language of the Quran, the sacred book of Islam. Modern Standard Arabic is derived from Classical Arabic and is commonly used for formal purposes, in official and academic documents, as well as most newspapers and books. Colloquial Arabic is the spoken form of the language, which includes significant variations from country to country, and even from one community to the next. Some variations of spoken Arabic are so unique that they may be mostly unintelligible to other Arabic speakers. 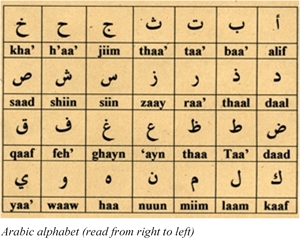 Although commonly referred to as an alphabet, the Arabic writing system is actually a form of “abjad.” Whereas an alphabet uses characters to represent all consonant and vowel sounds in a language, in an abjad some or all of the vowel sounds are not represented by characters. As a result, readers must learn the proper pronunciation of words (including the unwritten vowel sounds) through context and memorization.3

•    Arabic is a purely cursive writing system, with no alternate form of printed letters. Also, there are no capital letters, although many of the letters change form depending on their position at the beginning, in the middle, or at the end of a word. 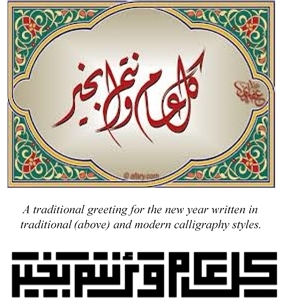 Arabic calligraphy has developed into a highly stylized artform. In fact, calligraphy is considered to be the quintessential art form of the Islamic world. Arabic letters and words decorate objects ranging from bowls to buildings in both religious and secular contexts. Calligraphy is not only decorative but is often used to convey valuable information about the object it decorates.

•    English has a number of words that were acquired from Arabic, many of which passed through Romance languages before entering into English. (Examples: alchemy, alcohol, algebra, algorithm, alkaline, arsenal, hazard, lemon, magazine, sherbet, sofa, tariff.)4

•    The letter “x” in algebra, which stands for an unknown value, originated from the Arabic word ‘shay’ meaning “thing.” This became translated to ‘xay’ in Spanish, which led to the currently used abbreviation “x”.

Today, on World Arabic Language Day, Geneva International Centre for Justice (GICJ) observes the fact that language reflects culture. A language contains subtle meanings in every word and expression and reflects the values, customs and principles of a people. As a whole, a language expresses the underlying philosophy and worldview of the culture that developed it. Celebrating today means celebrating over 315 million people who speak Arabic as their native language and millions more who have learned it as a second language. Celebrating this day also means the recognition of the contribution of Arabic to the linguistic, scientific and cultural development of the world.

Even more importantly, celebration of World Arabic Language Day (along with the other language days) demonstrates the importance of diversity and tolerance. GICJ notes the fundamental role that different languages play not only in global development but also within each society by building the bridge to mutual understanding, dialogue, solidarity and democracy. By recognizing Arabic and promoting multilingualism, we foster intercultural social and economic growth through cooperation between peoples. Multilingualism and dialogue across languages promotes academic and scientific development in societies and regions across the globe. Moreover, the use of multiple languages at the international level allows the exchange of vital information in diplomacy and the ability to promote peaceful relations among nations.

Geneva International Centre for Justice (GICJ) supports the United Nations’ decision to recognize Arabic as an official language 45 years ago. The decision has spurred improved representation of Arab countries in international mechanisms and has helped establish a bridge with the Arab culture. It has strengthened peacebuilding processes in an increasingly globalized and conflicting world and has allowed Arab nations to better contribute to the UN’s sustainable development goals. However, recognizing the most representative languages of the global population is only the first step towards building respect between cultures. GICJ urges the international community and all relevant United Nations bodies to increase efforts to reduce discrimination and intolerance based on linguistic and cultural differences. Only by combating hatred, building tolerance, and developing solidarity among societies can we recognize the importance of the contributions of every culture, including the Arab culture, to our common world heritage.