Empowering persons with disabilities and ensuring inclusiveness and equality

The annual observance of the International Day of Disabled Persons was proclaimed in 1992, by the United Nations General Assembly resolution 47/3 with an aim to promote the rights and well-being of persons with disabilities in all spheres of society and development. It invited all Member States of the United Nations and organizations concerned to intensify their efforts aimed at sustained effective action with a view to improving the situation of persons with disabilities. 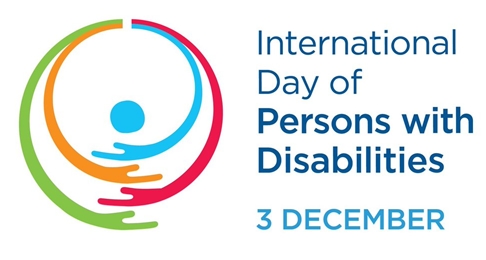 Building on many decades of UN’s work in the field of disability, the Convention on the Rights of Persons with Disabilities, adopted in 2006, has further advanced the rights and well-being of persons with disabilities in the implementation of the 2030 Agenda for Sustainable Development and other international development frameworks, such as the Sendai Framework for Disaster Risk Reduction, the Charter on Inclusion of Persons with Disabilities in Humanitarian Action, the New Urban Agenda, and the Addis Ababa Action Agenda on Financing for Development.

A brief background to the topic

Today, the world population is over 7 billion people. More than one billion people, or approximately 15 % of the world's population, live with some form of disability. More than 1 million of them are children. 80 % of all persons with disabilities live in developing countries and 50 % cannot afford health care.

A disability is a condition or function judged to be significantly impaired relative to the usual standard of an individual of their group. The term is often used to refer to individual functioning, including physical impairment, sensory impairment, cognitive impairment, intellectual impairment, mental illness, and various types of chronic disease. This usage has been described by some disabled people as being associated with a medical model of disability. 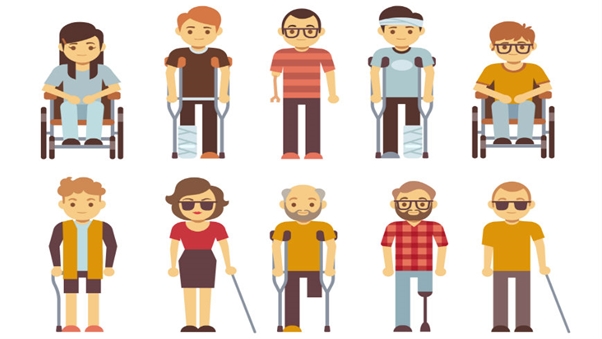 Persons with disabilities, ‘the world’s largest minority’, have generally poorer health, lower education achievements, fewer economic opportunities and higher rates of poverty than people without disabilities. This is largely due to the lack of services available to them (like information and communications technology (ICT), justice or transportation) and the many obstacles they face in their everyday lives. These obstacles can take a variety of forms, including those relating to the physical environment, or those resulting from legislation or policy, or from societal attitudes or discrimination.

The Convention on the Rights of Persons with Disabilities (CRPD) recognizes that the existence of barriers constitutes a central component of disability. Under the Convention, disability is an evolving concept that ‘results from the interaction between persons with impairments and attitudinal and environmental barriers that hinder their full and effective participation in society on an equal basis with others.’ The main principles of the Convention include respect for inherent dignity, individual autonomy and independence of persons; non-discrimination; full and effective participation and inclusion in society; respect for difference and acceptance of persons with disabilities as part of human diversity and humanity; equality of opportunity; accessibility; equality between men and women; respect for the evolving capacities of children with disabilities and respect for the right of children with disabilities to preserve their identities. Article 9 of the Convention calls upon States Parties to take appropriate measures to ensure that persons with disabilities have access to all aspects of society, on an equal basis with others, as well as to identify and eliminate obstacles and barriers to accessibility. 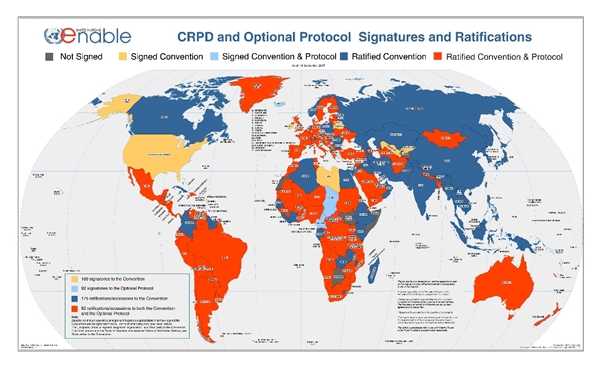 The Convention has currently 177 ratifications and/or accessions and is considered one of the nine core human rights treaties in the United Nations system. An Optional Protocol to the Convention (‘OP’) was adopted together with it on 13 December 2006 during the sixty-first session of the General Assembly by resolution A/RES/61/106. Under its Article 1 ‘a State Party to the present Protocol recognizes the competence of the Committee on the Rights of Persons with Disabilities (‘the Committee’) to receive and consider communications from or on behalf of individuals or groups of individuals subject to its jurisdiction who claim to be victims of a violation by that State Party of the provisions of the Convention.’ The OP was ratified by 92 countries.

The Committee is the body of twelve independent experts which monitors implementation of the Convention by the States Parties. The latter are obligated to submit regular reports to the former on how the rights of the Convention are implemented.  During its sessions, the Committee considers the reports of States parties and addresses its concerns and recommendations to the State party concerned in the form of concluding observations.  States parties must report initially within two years of accepting the Convention and thereafter every four years. The Committee may further undertake inquiries in the case of reliable evidence of grave and systematic violations of the Convention. In addition, and in keeping with the practice of other human rights treaty bodies, the Committee may also issue General Comments elaborating the meaning of the provisions of the Convention or cross-cutting themes.  The Committee may also hold Days of General Discussion with States, civil society, United Nations entities and other international organizations. Currently, the Committee has 22 pending cases, including against Australia, Brazil, Denmark, Ecuador, Germany, Lithuania, Mexico, Saudi Arabia, Spain, Sweden, United Kingdom and Tanzania.

2018 Theme: Empowering persons with disabilities and ensuring inclusiveness and equality

The UN Secretary-General will launch a report, entitled ‘UN Flagship Report on Disability and Development, 2018 – Realizing the SDGs by, for and with persons with disabilities.’

The purpose of the report is to contribute to the full and effective implementation of the 2030 Agenda for Sustainable Development and enhance the current efforts to mainstream the needs, rights and perspectives of persons with disabilities into the process of achieving the Sustainable Development Goals at all levels. In particular, the report provides an overview of overall progress towards the Goals and the implementation of the Convention on the Rights of Persons with Disabilities and presents good practices and policy trends in the respective areas. It will be the first publication on disability and the Goals at the global level. The following Goals are addressed in detail: poverty and hunger (Goals 1 and 2), social protection (target 1.3), health  and well-being (Goal 3), education (Goal 4), gender equality and the empowerment of women and girls with disabilities (Goal 5), availability of water and sanitation (Goal 6), access to energy (Goal 7), employment and decent work (Goal 8), access to information and communications technology (ICT) (target 9.c), inequality (Goal 10), inclusive cities and human settlements (Goal 11), inclusive societies and institutions, representative decision-making and access to justice and to information (Goal 16) and strengthening the means of implementation (Goal 17).

Geneva International Centre for Justice (GICJ) calls on all members of the international community to ensure full realization of fundamental rights and freedoms of persons with disabilities. All actors must take the necessary steps to secure effective and inclusive participation of the disabled in society, to prevent discrimination in any form, to safeguard equality of opportunity and respect for inherent dignity and individual autonomy. International community must work together to provide access to all fundamental sectors of life to persons with disabilities, including to education, health care and other services, based on equality, respect and tolerance. In this regard, GICJ encourages all stakeholders to support adoption of all appropriate legislative, administrative and other measures for the implementation of the rights recognized in the CRPD, to promote research, development and training of professionals working with persons with disabilities.