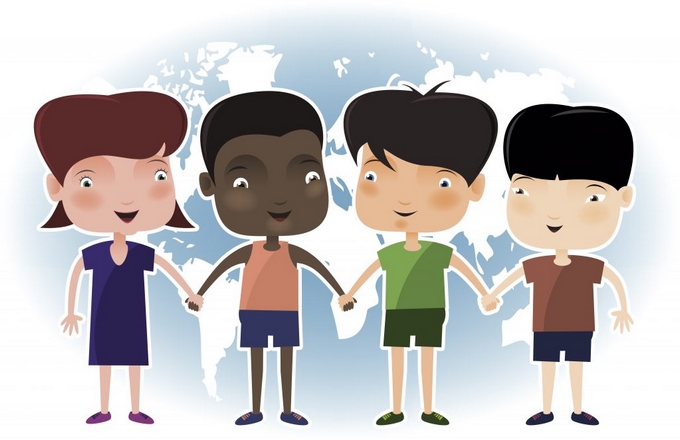 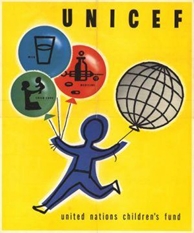 First declared by the UN General Assembly in 1954,i Universal Children’s Day was conceived as a way to highlight the needs of children and encourage governments to support the mission of UNICEF. According to the General Assembly, it is a “day of world-wide fraternity and understanding between children and of activity devoted to the promotion of . . . the welfare of the children of the world.”ii The day was established one year after the UN transformed UNICEF from a temporary relief organization (the UN International Children’s Emergency Fund) into a permanent UN agency (the UN Children’s Fund). Universal Children’s Day was to be recognized worldwide starting in 1956 on an appropriate date as determined by each country. It is now widely celebrated on 20 November to commemorate the day on which the UN General Assembly adopted both the Declaration on the Rights of the Child in 1959 and the Convention on the Rights of the Child 30 years later in 1989.

Evolution of the Rights of the Child

Today, the rights of children are enshrined in a treaty called the Convention on the Rights of the Child, a treaty which has achieved nearly universal acceptance. The rights it contains evolved over a period of 65 years, expanding from five simple points into a convention with a series of rights articulated in 41 articles. The rights of children were first articulated in a document known as the “Geneva Declaration,” which contained five points and was proclaimed by Save the Children International Union (SCIU) in 1923. It was written by SCIU founder Eglantyne Jebb, prompted by the famine and poverty faced by children in Europe due to WWI and the economic embargo placed on the defeated countries. The Geneva Declaration was endorsed by the League of Nations General Assembly on 26 November 1924.iii

After World War II, a second version with seven points was proclaimed by SCIU’s successor organization, the International Union of Child Welfare, in 1948. The seven-point declaration was later expanded into ten principles and adopted by the United Nations General Assembly on 20 November 1959 as the Declaration on the Rights of the Child.iv Following adoption of the Declaration, there was a push to translate the principles in the Declaration into a binding treaty that would obligate states to protect the rights of children. Progress was slow in the negotiation of a treaty, but the Convention on the Rights of the Child was finally agreed and adopted by the General Assembly on 20 November 1989, exactly thirty years after the Declaration. Enough states ratified the convention for it to enter into force on 2 September 1990. 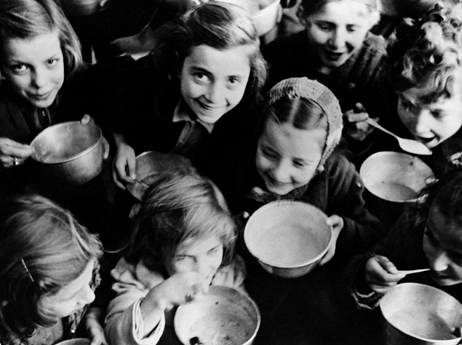 The Status of Children’s Rights Today

Although the Convention on the Rights of the Child has been almost universally accepted, the rights contained in the convention are not enjoyed by all children to the same degree. Fifty-six ratifying countries currently have substantive declarations or reservations regarding certain rights or issues contained in the convention. Among the most common are the following:

•    Different interpretations of when childhood starts (conception or birth) and reservations to allow abortion under national law.

•    Giving preference to Sharia law when a country determines it conflicts with rights in the convention.

•    Ensuring the state continues to determine how citizenship is conferred.

•    Concerns about imposing on aboriginal communities the requirement of “abolishing traditional practices prejudicial to the health of children” as required by Art. 24(3).

•    Qualifying the obligation to separately house adult and juvenile detainees.

•    Giving deference to national laws or parental authority in terms of child education, punishment and custody. 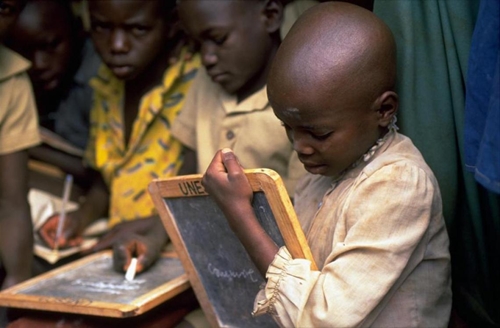 The convention created the Committee on the Rights of the Child to oversee implementation of the obligations in the convention. In an attempt to provide consistency to the interpretation and application of the convention, the Committee has issued several decisions and general comments. A repeated focus of these decisions and comments has been that all state actions should be guided by overarching principles of 1) non-discrimination, 2) the best interest of the child, and 3) the right of the child to express views in all matters affecting him or her and to have those views taken into account. The Committee has also said that a state’s policies and actions regarding children must take into account their evolving capacities, needs, identities, vulnerabilities, and capabilities as they progress from childhood through adolescence to adulthood.

A major part of the Committee’s work is the periodic review of each state party’s compliance with its obligations under the convention. Each country’s particular situation is considered, leading to recommendations from the Committee that are unique to that country. However, a number of issues and recommendations are common across many of the Committee’s reports indicating that the following issues exist in many countries around the world:

•    Unregistered births are a common problem that leads to complications in establishing nationality and vulnerability to forced labor, military service, and trafficking; this problem applies disproportionately to certain groups, especially immigrants and asylum seekers.

•    The significant impact of the business sector on child rights is not sufficiently considered.

•    Corporal punishment and other degrading treatment should be prohibited as violence against children; there is a distinction between “protective physical action” and “punitive use of force”.viii

•    The minimum age of marriage should be 18 without exception.

•    Living conditions are often poor for children in institutionalized care settings, especially for homeless, separated, and ill children, and those in juvenile detention.

Addressing the Challenges Faced by Children

The UN’s ambitious Sustainable Development Goals recognize that children still face difficulties in many parts of the world. Among the various goals are many aspects that address the needs and rights of children. For example Goal 2 (Zero Hunger) aims to reduce the incidence of stunted growth, which affects 25% of the world’s children; Goal 4 (Quality Education) recognizes that enrolment in primary education in developing countries has reached 91 percent but aims to address the 57 million primary age children who remain out of school; and Goal 5 (Gender Equality) includes an effort to reduce the incidence of child marriages because 750 million girls globally are married before the age of 18.ix Each of the goals includes ambitious targets to be reached by 2030.

To raise awareness of the problems faced by children in countries across the globe, UNICEF is promoting Universal (or World) Children’s Day with a campaign and petition encouraging world leaders to do more to fulfil the rights of every child.x This is directly in line with its mission statement, which says UNICEF is mandated to “advocate for the protection of children's rights, to help meet their basic needs and to expand their opportunities to reach their full potential.”xi This is an excellent starting point to consider how Universal Children’s Day can be used to improve the lives of children around the world.

On this day, GICJ recognizes the urgent need to support and assist children to improve their lives through a healthy upbringing and by empowering them to become active members of society. Both parents and communities play key roles in shaping children’s development and their understanding of our global society. It is critical for governments to provide the necessary support and protection for children, their parents, and their communities to provide children with their best opportunity to grow into strong, educated, and empathetic leaders in the future.

Parents’ role in the development of their children is extremely important. A child’s first relationships are with his or her parents, and parents make the day-to-day decisions that determine how safe, comfortable and nurturing the home environment is. Unfortunately, many parents were themselves raised under less than ideal conditions and may have poor parenting skills. This day is an opportunity to promote good parenting practices that allow children to be raised in an environment that is as safe and supportive as possible.

Similarly, a child’s community is where he or she develops social skills and an understanding of how society operates. Where a community is under stress from issues such as extreme poverty, isolation, natural disaster or armed conflict, children’s development will be negatively impacted. Fortunately, children are remarkably resilient and negative impacts from their environment can be mitigated if children are provided with appropriate support, such as psychological care and safe spaces to play. Children’s healthy development is vital to such communities since they are the hope for the eventual improvement of their communities, whether it be, for example, post-disaster recovery or sustainable peace after an armed conflict. 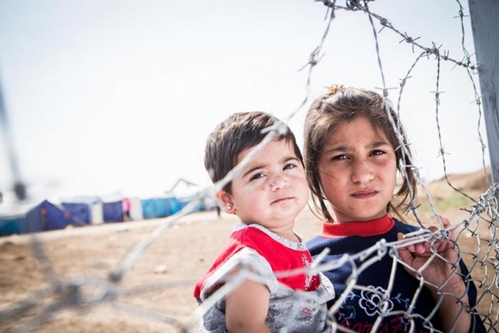 GICJ calls on governments, communities and families to take all necessary measures to ensure the appropriate protection and education of children based on their level of development and regardless of their environmental circumstances, especially children growing up in conflict-torn areas. GICJ is concerned about children who are exploited and abused and calls on the international community to protect them. Exploitation in many forms, such as child prostitution, child labor, and child soldiers is still common around the world. Such practices must be completely eliminated.

GICJ urges all governments, communities, schools and families to use Universal Children’s Day to educate children about their rights and encourage them to learn about the world. As tomorrow’s leaders, today’s children need and deserve our greatest care and attention. For our sake and theirs, we must make sure they grow up to be discerning, intelligent, respectful and capable citizens. After all, the world’s future is in their hands.

iii Geneva Declaration of the Rights of the Child, http://www.un-documents.net/gdrc1924.htm.

v In total, 196 states have ratified the treaty and one state (the United States) has signed but not yet ratified it.