The ongoing civil war in The Union Republic of Myanmar between the ethnic minorities and the government is termed to be the ‘longest civil war’ in the world since 1948. The internal conflict irrefutably has led to civilian causalities and deaths, discrimination and violation of human rights, and escalation of refugee crisis. The government of Myanmar has failed to protect the ethnic minorities from violence and intolerance especially the Rohingyas – Muslim minority in the state of Rakhine over the past few years.

The humanitarian situation is dwindling day by day in the Rakhine state with atrocities being committed against the Muslim population in the form of torture, killing, sexual violence, enforced disappearance, forced displacement, blockage of humanitarian assistance, denial of citizenship and destruction of holy places to name a few. With the increase in human rights abuses and violence, the refugee crisis escalated when around 8,09,000 Rohingya population fled to Bangladesh by October 2017.

As an attempt to solve the prevailing humanitarian and refugee crisis, an essential step is taken by the United Nations agencies and the Government of Myanmar, a tripartite Memorandum of Understanding was signed on 6 June 2018 in Naypyidaw, Myanmar between United Nations High Commissioner for Refugees (UNHCR), United Nations Development Programme (UNDP) and the Union Republic of Myanmar to “establish a framework for cooperation aimed at creating the conditions conducive to the voluntary, safe, dignified and sustainable repatriation of Rohingya refugees to their places of origin or of their choosing.” 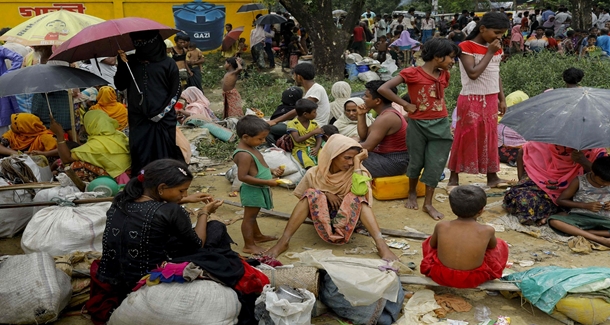 The agreement would affirm the commitment of the government of Myanmar to work with UNHCR and UNDP to find solution for the Rohingya refugee crisis with accordance to the recommendations provided by the Advisory Commission of Rakhine State. The recommendations include grant of citizenships, and to ensure free movement of people without any discrimination based on religion, ethnicity, or citizenship status.  The agreement would ensure the access to Rakhine State to UNHCR and UNDP, which was denied ever since the outbreak of violence in August 2017, including the places of origin and potential new settlement areas for the refugees. This would enable the UN agencies to assess the conditions of the refugees and would allow to make decisions on voluntary return.

The United Nations Secretary General, Mr. Antonio Guterres welcomed the key tripartite understanding between the United Nations agencies and the government of Myanmar which is essential for the safe and voluntary return of hundreds of thousands of Rohingya refugees to their homes in Rakhine state. Furthermore, he added that the Myanmar government should take measures to address the root cause of the conflict and take pivotal steps to implement the agreement. Mr. Guterres recalled putting an end to violence, to redress all the victims, to hold accountability for the perpetrators, and to implement the recommendations provided by the Advisory Committee of Rakhine State.

The UN Resident and Humanitarian Coordinator in Myanmar, Knut Ostby expressed that citizenship rights and end of violence are the two key conditions for the safe and involuntary return of Rohingya Refugees.

Since 2016, anti-Muslim rhetoric has been on rise in Myanmar with the increase influence of Buddhist Nationalists which has escalated the refugee crisis, violence, and human rights violations. Since there is no national identification for Rohingyas, there are hundreds of thousands who are stateless, seeking refuge, and are deprived of basic rights. The Citizenship Law of 1982 restricts the right of freedom of movement, limits access to lifesaving health care and denies rights to education and equal opportunities of Rohingya population.2 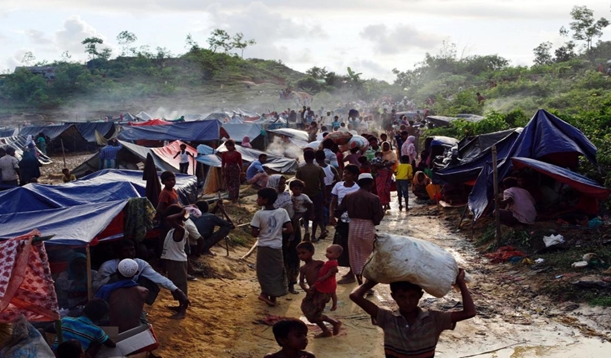 Geneva International Centre for Justice (GICJ) has constantly voiced its concern over the situations regarding the Rohingya refugees and the human rights violations in Myanmar. During the Sessions of the Human Rights Council, GICJ with other NGOs called for the attention of the Human Rights Council and the international community with regards to ‘Forcible Repatriation of Refugees’. Time and again, GICJ has articulated its concern over the denial of citizenship to Rohingyas by the government of Myanmar over decades. GICJ appreciates the tripartite Memorandum of Understanding between the government of Myanmar and the United Nations agencies as a pivotal step to ensure safe, voluntary, and sustainable return of refugees to their place of origin. Furthermore, GICJ looks forward for the implementation of the Memorandum of Understanding so that the Rohingya refugees are protected from further human rights violations and are granted national identification for which they had to wait for decades.