On the 24th of May 2018, the Security Council unanimously adopted resolution 2417 (2018), in which the linkage between armed conflict and food security is underlined.1 In this document it is stressed that “(…) using starvation of civilians as a method of warfare may constitute a war crime”, and through article 4 it highlights the significance of safe and unrestricted access to civilians in armed conflict situations.2 In addition, the resolution equally urges all parties to conflicts to comply with international humanitarian law. This is necessary, for example, in order to be able to respond successfully to several humanitarian needs and difficulties that can be present in these contexts, such as food insecurity.3

GICJ welcomes the adoption of this important resolution, especially in the light of the several grave humanitarian crisis and food insecurity situations that have recently been present in multiple countries, such as Iraq, Yemen and Syria.

In the last couple of years, Iraq have been witnessing several humanitarian crises. For example, the “liberation campaign” that took place in different cities of the country, between 2016 and 2017, has left many civilians in acute need of humanitarian assistance. In Mosul, for example, the majority of its inhabitants suffered from the lack of access to basic facilities and numerous civilians were left without accessible food. Similarity, hundreds of displaced persons from Fallujah had to live in dire conditions and they were deprived from some of the most basic needs such as food and water. 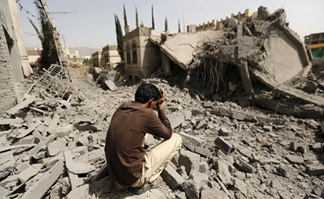 GICJ is deeply concern about the humanitarian situation in Yemen. The Yemeni population has been living in an ongoing civil war for more than four years now, and it is experiencing one of the current worst humanitarian crisis. In a statement released the 24 of May 2018 by the Under-Secretary General for Humanitarian Affairs and Emergency Relief Coordinator, Mark Lowcock, he stated that during the previous weeks the country has witnessed an intensification of the conflict and, furthermore, the humanitarian action have been further limited. These elements are increasingly exacerbating the already dire humanitarian crisis, in which 8.4 million Yemenis are facing severe food insecurity.4

Syria is another country in which a considerable number of civilians are in humanitarian need. On 29 May 2018, the UN Emergency Relief Coordinator updated the Security Council members on the humanitarian situation in the country. He stated that 2 million of people are in high humanitarian need, and that only less than 20 per cent of the persons in need living in zones that are difficult to reach have been able to receive humanitarian aid.5 One of many issues that are characterizing this humanitarian crisis and of which Syrians are strongly suffering from is food insecurity. In fact, according to a country brief published by the WFP in April 2018, 4 million of individuals are under threat of become food insecure and 6.5 million are already incapable of fulfilling their nutritional requirements.6 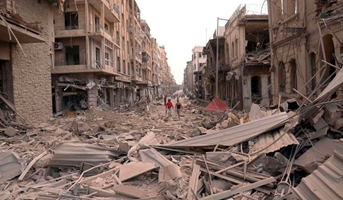 The Central African Republic is also facing a grave humanitarian crisis which, according to the UN Humanitarian Coordination for CAR, is further deteriorating in the middle of an increase of the violence. The 25 per cent of the population has been displaced and in six regions the rate of acute malnutrition has exceeded the 15 per cent. She equally emphasized how significant it was to continue the distribution of humanitarian assistance, and this latter not just in terms of food or access to water.7

These are just four examples of the multiple humanitarian emergencies and food insecurity situations that are related to armed conflict and to which civilian populations have been exposed to and suffering from in the last couple of years. In the light of these humanitarian crisis, GICJ is pleased with the adoption of this important resolution and calls on all Member States to ensure the full implementation of this text and of the previous adopted resolutions. This is of crucial importance in order to reduce the great suffering that is affecting a large number of civilians, among which many children and women. Furthermore, GICJ aligns itself to call on all parties to conflict to respect and protect civilians in respect with international humanitarian law.