Mohamedou Ould Slahi was born in Mauritania from a poor family. When he was only 18, he won a prestigious scholarship to study in Germany, where he lived for years. In 1991 and 1992, he did what many young men at the time were doing: he joined Al-Qaeda in Afghanistan to fight the communist regime – operation backed by the US. After the brief excursus, he moved back to Germany and cut all ties with the organisation.

Back in Mauritania to be closer to his family, on 21 November 2001, police officers knocked at his mother’s house, and asked Mohamedou to follow them to be interrogated. He never returned. While his family was unaware of his fate, Mohamedou was brought to Jordan, first, and then forced to wear the notorious orange uniform that indicated he was being moved to Guantanamo, Cuba.

For fourteen years, Mohamedou was detained in Guantanamo without charge. He was suspected of being involved in the 9/11 attacks, but no evidence was ever found against him, and the most horrific tortures did not manage to extract confessions from the innocent man.

US defence secretary Donald Rumsfeld personally approved Slahi’s torture on 13 August 2003. Mohamedou was welcomed with the so-called “Frequent Flyer Programme”, he was deprived of sleep and subjected to all the enhanced interrogation techniques approved by the US government, including sexual assault, waterboarding, sensory deprivation, threats, prolonged interrogatories, temperature extremes, beating, solitary confinement, and all kind of psychological techniques. 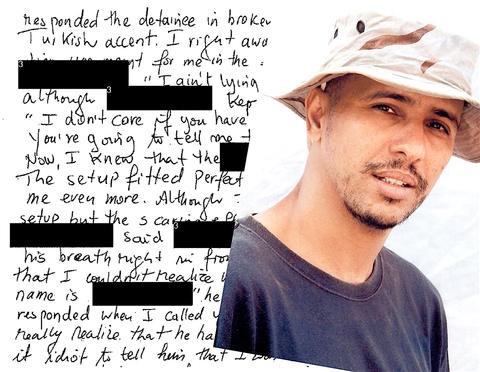 During his confinement, Mohamedou wrote his memoir, which, after being censored by the authorities, was published in 2015. The manuscript Guantanamo Diary, which quickly became a best-seller, represents a unique insight into one of the most controversial American detention facilities. The accurate description of all mistreatments, tortures, and humiliations suffered by the inmates, sheds light on the dark reality of the “war on terror” initiated by George Bush in 2003.

Mohamedou was released on Monday, October 17 2016. Former-President Barack Obama promised to close the infamous prison within one year from the beginning of his mandate, but Guantanamo is still functioning, and 41 detainees remain in custody.

The notorious detention centre has always been surrounded by a gloomy veil of secrecy, and the images and footages showing the dire reality have only recently been declassified. Since 2002, intelligence forces have desperately tried to validate the efficacy of the enhanced interrogations techniques used, while interrogations were staged for visiting members of the congress.

Only 5% of the detainees held in Guantanamo have been captured by the US, while the others have been bought by UK or Pakistani forces for 5,000$. Former-President Bush instructed to arrest anyone found in proximity of terrorist-controlled areas, and any prisoner in the hands of the American forces was considered an unlawful enemy combatant, and consequently stripped of the protection granted to prisoners of war by the Geneva conventions.

In the chaotic aftermath of the 9/11 attacks, the US secretary of defence approved the use of several techniques to use during interrogations. Prisoners were subjected to solitary confinement in small cells, were physically and sexually abused, and constantly humiliated. Rumsfeld allowed security forces to use deception and to exploit detainees’ phobias; prisoners were threatened with dogs, forced to stay in stress positions for hours, and their faith and culture were constantly ridiculed. Hundreds of detainees were held without charges, and were not allowed to speak with lawyers; as such, their only means of resistance became self-harm. 3 to 4 suicide attempts were registered daily, until when the US security forces decided to redefine them into “manipulative self-injurious behaviour”. 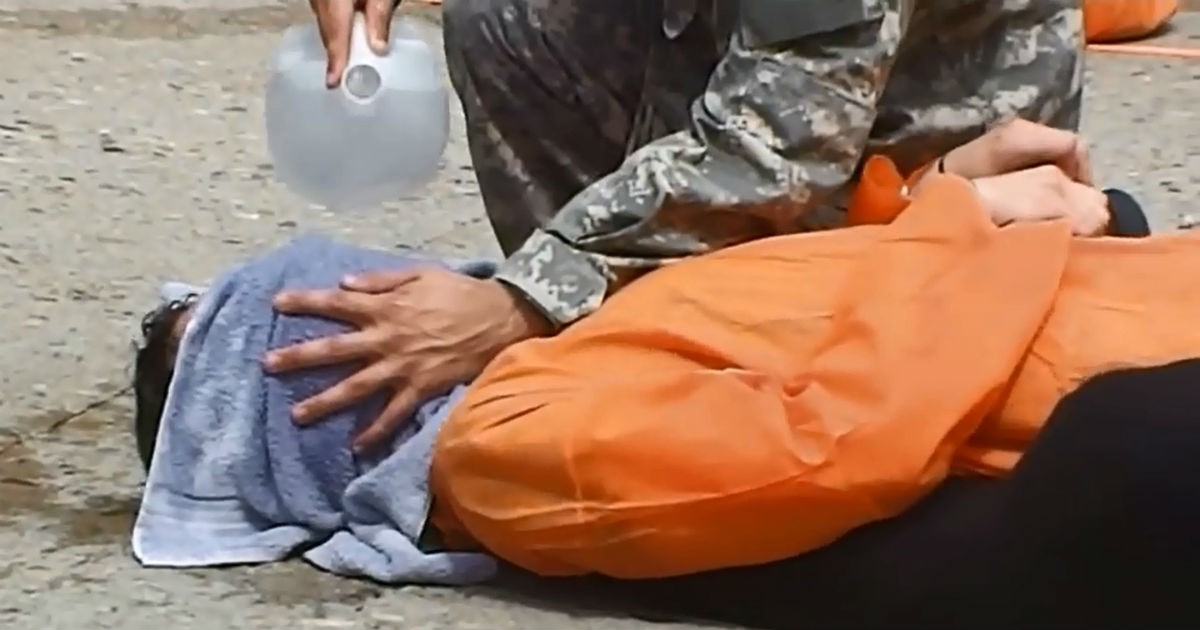 Guantanamo is one of the biggest stains on American reputation. “We tortured some folks” is not a sufficient explanation for the inhuman treatments to which detainees have been subjected to. To date, torturers have not been held accountable.