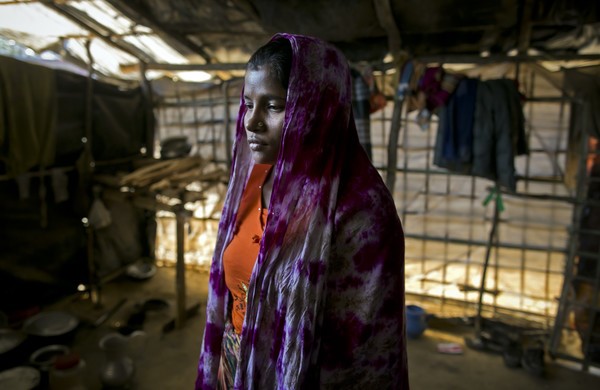 Approximately 1 million Rohingya people reside in Myanmar (Burma), mainly in the Rakhine State (formerly Arakan, an independent and sovereign state) that is situated along the East Coast of the Bay of Bengal bordering Bangladesh on the northwest . The Rohingya community and ancestry dates back to the 8th century when Islam advanced and prevailed in the Arakan region.

In 1784 the Burma King Bodawpaya conquered the Arakan region and imposed discriminatory restrictive laws such as on movement and marriage. The Rohingyas sought refuge at Cox’s Bazar, southern Chittagong, Bangladesh. Since then the Rohingya have undergone a myriad of discriminatory actions; most notably after the 1962 coup that led to “Operation King Dragon” that displaced over 200,000 Rohingyas most of whom fled to neighbouring Bangladesh . The Rohingyas would eventually lose their statehood in 1982 as a result of the Burma Citizenship Law that would strip them of many basic human rights and deny them opportunities and privileges.

In the early 1990s more human rights violations and atrocities including forced labor, rape, and religious persecution were inflicted on Rohingya communities by security forces forcing approximately 250,000 Rohingyas into Bangladesh as refugees . Since 2012 approximately 200,000 Rohingyas have been displaced.

Jamalida Begum, is a Rohingya woman in her mid-20s from the Hadgudgapara village in Myanmar. From October 9, 2016 Myanmar military forces viciously attacked Rohingya communities in what is now described as ‘devastating cruelty’  that has continued into February 2017. It was in the last couple months of 2016 when military forces attacked Jamalida’s village where they committed horrendous atrocities. They torched her house along with all her belongings after killing her husband. Adding to the horror, they returned the following day, surrounded the village and three men dragged her to the bush and proceeded to mock, insult and beat her. They then threatened to kill her if she should resist before raping her in turns until she lost consciousness.

In the following weeks foreign journalists visited the area and interviewed the rape victims with the help of a translator. Unfortunately, the military returned and upon learning of the translator’s assistance murdered him and searched door to door for Jamalida. She boldly escaped taking shelter in different houses and even the bush until she eventually sought refuge in Bangladesh where she resides along with six other refugees in a makeshift house in Kutalong Rohingya refugee camp in Cox’s Bazar, Bangladesh. She suffers from physical and psychological trauma and wishes never to return to her village out of fear that the military forces will eventually kill her as they continue committing unthinkable crimes and atrocities in the region.

Jamalida is only one of the many thousands of Rohingya people that have suffered because of their identity, religious beliefs, and in her case gender. Ethnic cleansing, crimes against humanity, human rights violations must be avoided at all costs. The perpetrators have to be brought to justice and reparations for the Rohingya victims must be awarded. The government of Myanmar should seriously consider the United Nations call to give full citizenship to the Rohingya people and grant them their due basic human rights.