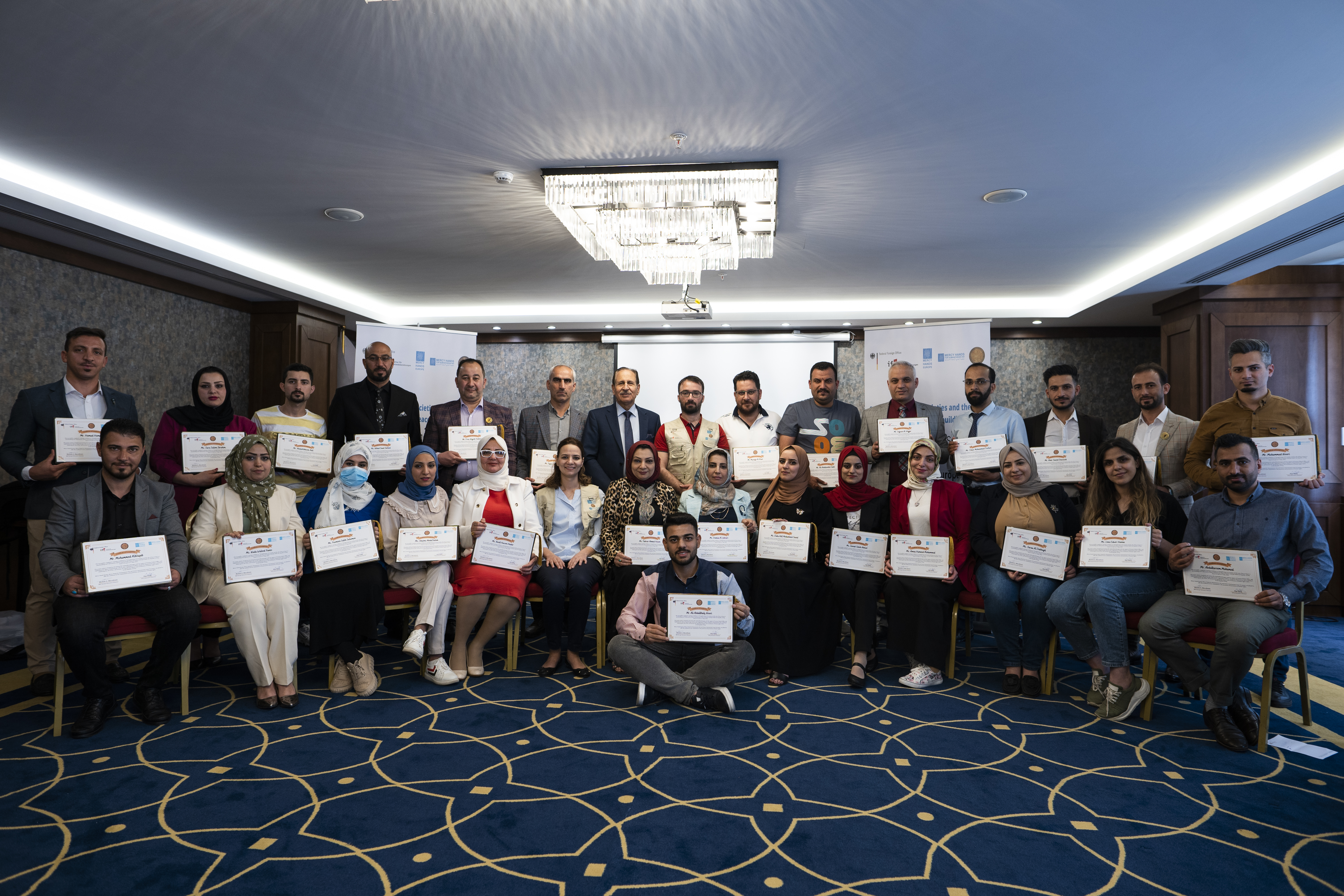 Geneva International Centre for Justice (GICJ) delivered training to Iraqi civil society organisations (CSO) on strengthening civil society and the rule of law in Iraq as a tool for peacebuilding. The training workshop was conducted in two parts in May 2022 in Erbil, Iraq.

The training had lectures and presentations about important national and international human rights issues. This was done to help these organisations do a better job in attaining justice and building peace in Iraq.

The first part of the training dealt with the primary sources of the International Bill of Human Rights, starting with the Charter of the United Nations, the Universal Declaration of Human Rights, the two covenants on civil, political, economic, and social rights, and the subsequent international treaties related to human rights.

To enhance the capacities of the participating organisations, the trainers addressed the issues of documenting violations, starting with monitoring and fact-finding missions. They noted the importance of collecting accurate information about human rights violations, including the date, place, circumstances, and other details relevant to identifying the perpetrators of the violations; and the need for a formal fact-finding process to study this information. The trainers further discussed the best ways to document such violations, paying particular tribute to the relevance of photos, videos, and other material; they also discussed whether the violation was an isolated event or if it occurred more than once. 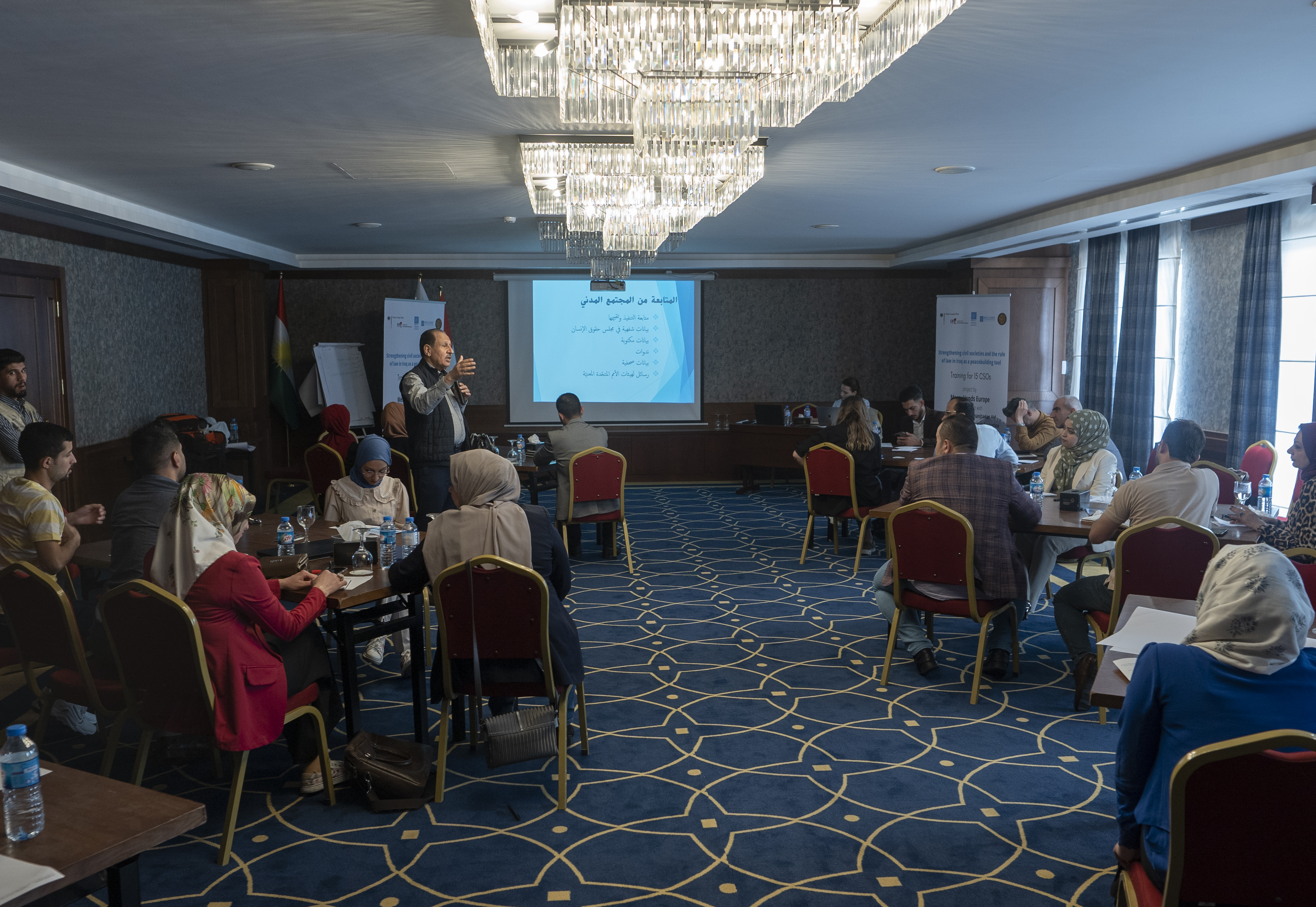 The training dealt with other issues such as freedom of opinion and expression, the impact of social media on a case, the issue of social security and protection, and the responsibility of official authorities in this. Other topics were also discussed, including cheap labour and new types of slavery and servitude.

One of the most important topics covered by the training was the presentation of key international accords and treaties that place obligations on states to protect and respect human rights. These include the Convention on the Elimination of Racial Discrimination (CERD), the Convention against Torture (CAT), and the International Convention on the Protection of Persons from Enforced Disappearance (CED). In an interactive debate, participants were able to express their opinions and interact extensively on the same topic.

Principles such as universal jurisdiction and the rule of law were discussed. The presenters spoke about international standards and the process of best practice, which enables the law at the national level to be a transparent and fair process. They also addressed the critical role of civil society through Parliament (the legislative authority) and government institutions. Therefore, they explain that the recurring objective of the independence of the judiciary, the rule of law, is to achieve justice in a timely manner. The principle of the independence of lawyers and the need to protect the performance of their work in the best manner were discussed.

The training shed light on issues surrounding the death penalty and its compliance with international standards. The trainer explained that the death penalty may not be applied to a person under eighteen years of age and that it must not be imposed on suspicion. Among the topics discussed was the need for laws to include the possibility of amnesty for execution crimes from the competent authorities in the state. The talk dealt with arbitrary executions and their danger, and how some authorities practise them outside the judiciary landscape. Accordingly, investigations into executions must be carried out transparently. 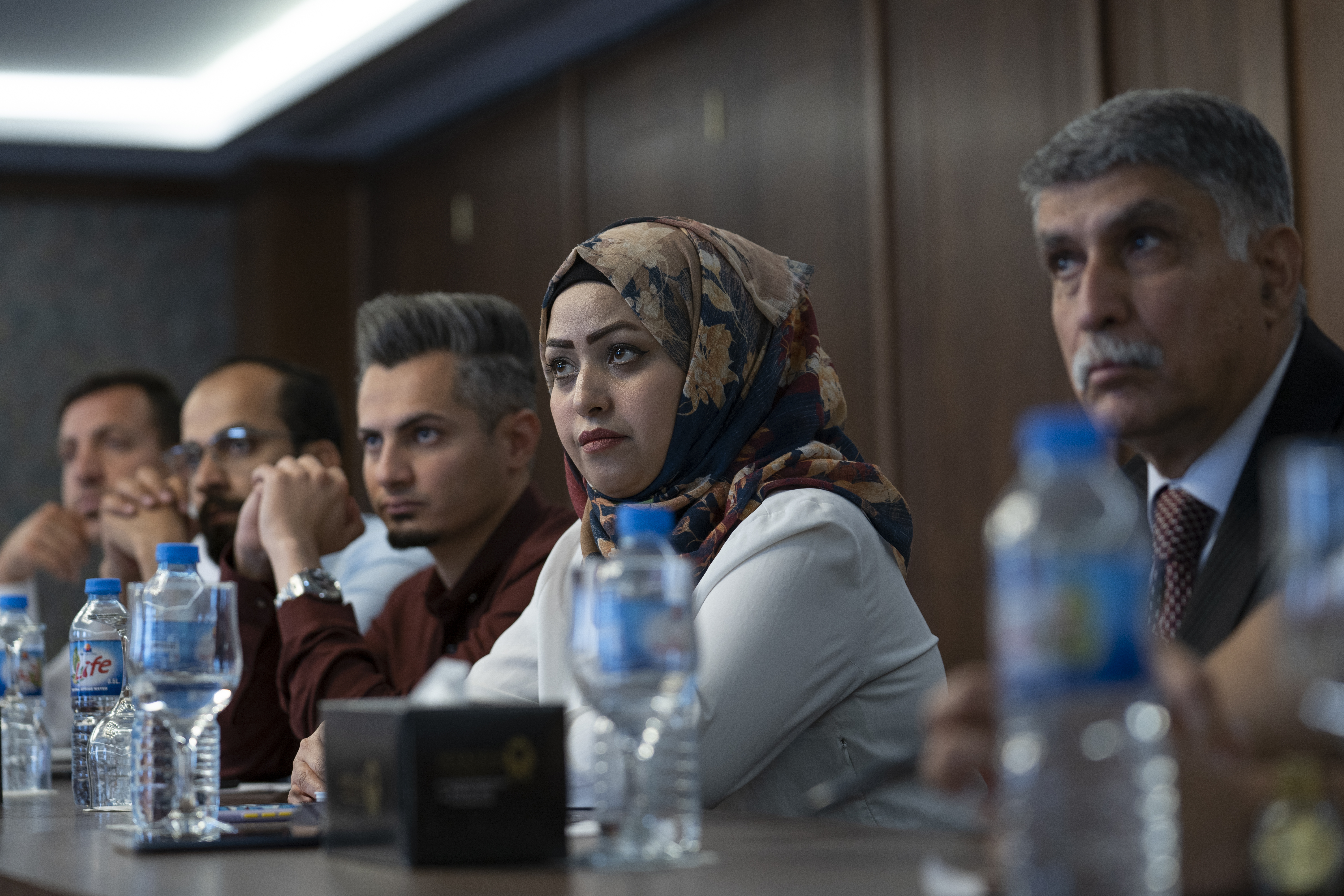 Women's issues, non-discrimination between men and women, women's rights, and the extension of their equal and fair treatment were the topics of the following day of the workshop. The trainer started the workshop by shedding light on women’s rights ingrained in the Charter of the United Nations, signed in 1945, the 1948 Universal Declaration of Human Rights; the 1966 International Covenant; and the 1979 Convention on the Elimination of All Forms of Discrimination against Women (CEDAW). These conventions and declarations highlight the fundamental rights of women in the economic, social, and domestic spheres. Attention was drawn to women’s safety, health, and protection during and after pregnancy, as well as their rights to maternity leave.

The Security Council Resolution No. 1325 was discussed. Most specifically, the role of women in international peace and security and their participation and involvement in this process. All in favour of promoting women's empowerment by establishing diverse mechanisms, the discussion unfolded as opinions and ideas were exchanged among participants. These included the creation of offices, the establishment of safe environments for women, the assessment of women-based needs in relation to CSOs and institutions; and continuous work with the Iraqi government to further implement these decisions.

The training covered the implementation mechanisms of the human rights treaties, the role of the treaty bodies at the UN, and how a state submits its reports to be reviewed by these bodies. Additionally, under the provisions of the agreement, it discussed the role of non-governmental organisations (NGOs) in submitting shadow reports that address aspects that states have yet to implement, their overseeing role, and how their performance can be improved. The workshop dealt with recommendations for these committees to Iraq, and the role of CSOs to follow the implementation of these recommendations. The participants were also instructed as to how to retrieve the reports.

Furthermore, the Universal Periodic Review (UPR) mechanism was clarified. The UPR consists of three yearly meetings in Geneva and reviews the human rights records of all UN Member States every four years. 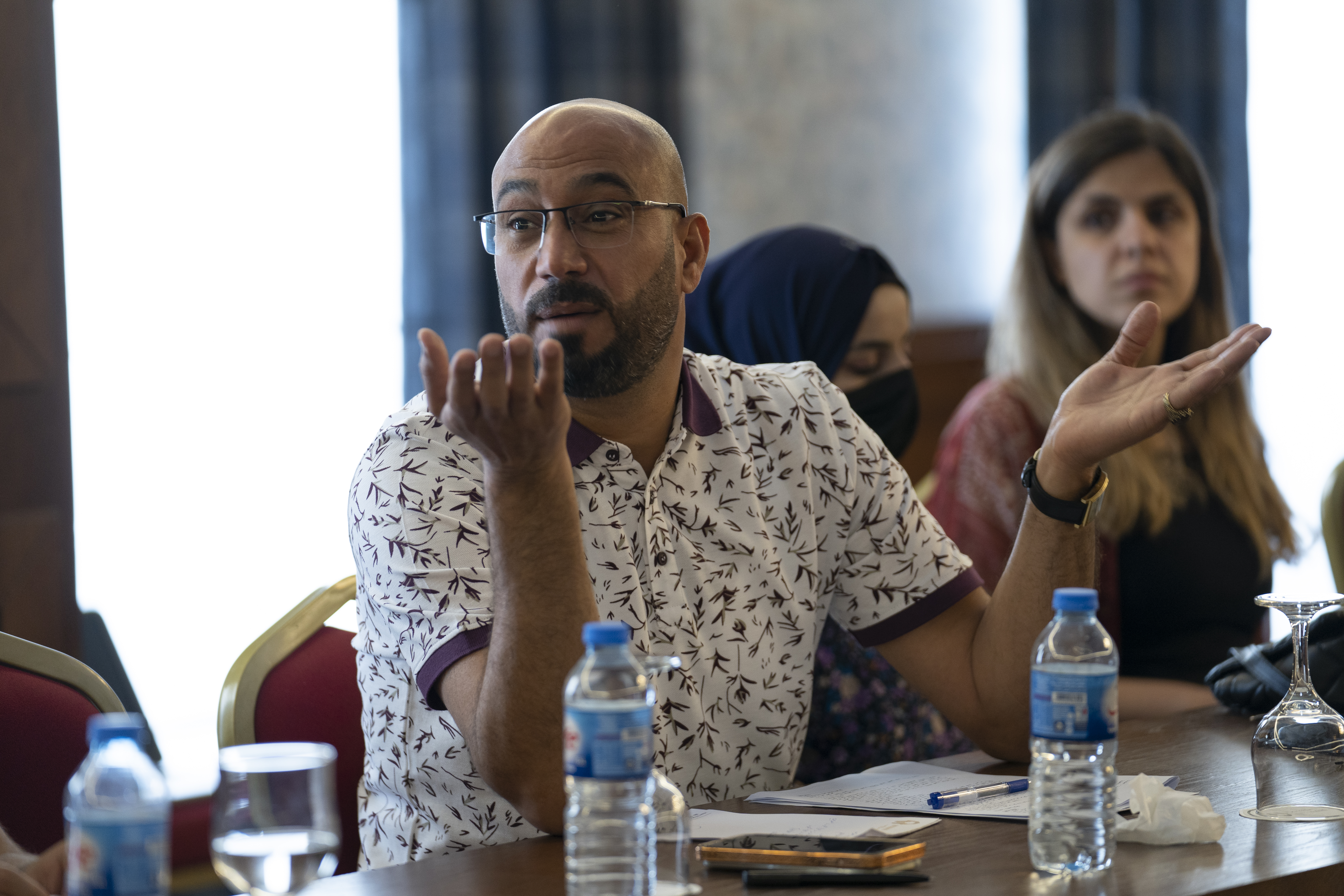 The provisions of the Convention for the Protection of All Persons from Enforced Disappearance were also discussed, stressing that no exceptional or emergency circumstances may be invoked for the practice of enforced disappearance. It was reiterated that enforced disappearance is a crime against humanity and one of the crimes within the jurisdiction of the International Criminal Court. In that context, the presenters mentioned the difference between a missing person and a person who has forcibly disappeared. The participants interacted and discussed this matter extensively.

The implementation of the United Nations Convention on the Prevention of Racial Discrimination was also addressed. A discussion involving all the participants unfolded and slowly shifted to address issues pertaining to gender-based violence. Most importantly, the Yazidis’ marginalisation during the terrorist organisation ISIS’ occupation of certain cities in Iraq. As a result, the discussion conveyed how the Security Council Resolution No. 2379, issued in 2017, was created to investigate the crimes instigated by ISIS. The participants learned that the United Nations investigation team was brought in to enhance accountability for crimes committed by ISIS. Minority rights were discussed and linked to the United Nations Declaration on Minorities and other related treaties.

During the third day of the workshop, prisons and the rights of prisoners were discussed in detail. Prisoners’ rights to adequate living standards, physical and mental health, a safe environment, and communication with society were considered. Prisoners also have the right to file complaints and to obtain a lawyer. The issues discussed include prolonged detention, life-long prisoners, and how prisoners’ rights must be respected and protected. Violations occurring inside prisons, detention centres, and secret prisons were also considered. The training session emphasised the importance of turning prisons into rehabilitation centres that offered psychological support to individuals in need.

Women and juveniles in prisons are also an important issue that is often neglected. Careful work and consideration must be given to ensure appropriate legislation to reduce the number of prisoners. 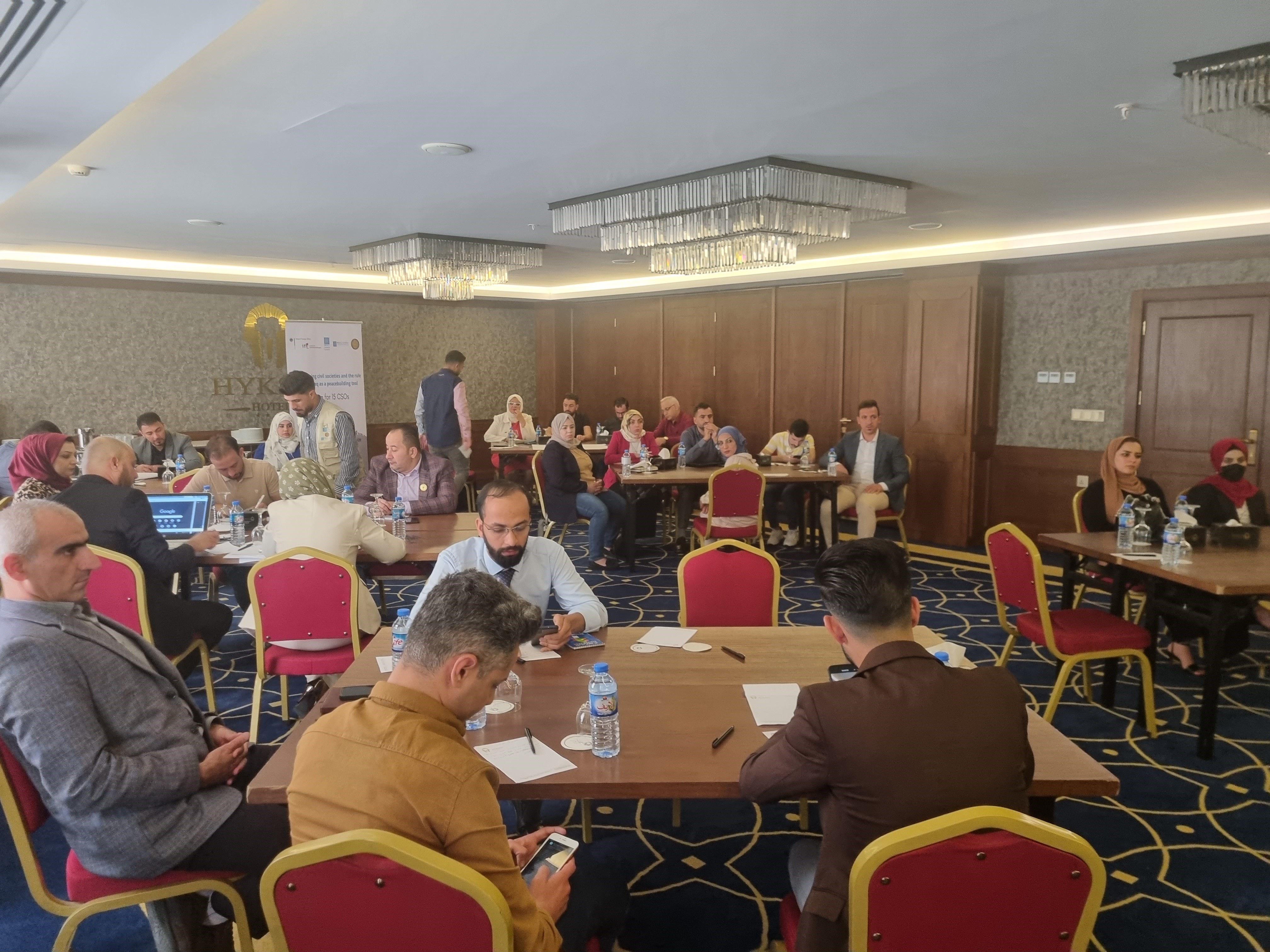 During the feedback session, participants expressed that the training course was very useful and applicable for their future activities. The participants also enjoyed the trainers’ contributions and expertise. They even termed the course instrumental and accredited it for enhancing their knowledge of international human rights standards. The participants expressed their interest in receiving a more specialised course in the context of widespread human rights violations in Iraq.

To join GICJ training programs please write to: This email address is being protected from spambots. You need JavaScript enabled to view it.. Please note that