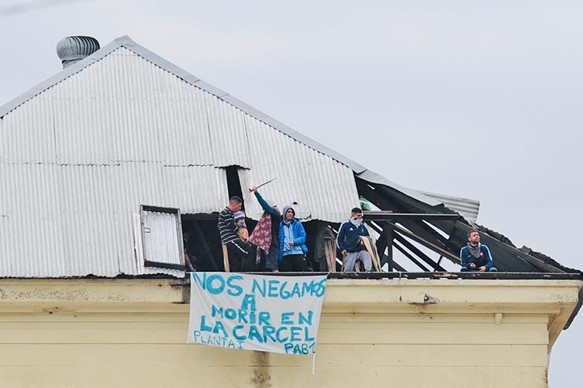 The Latin American prison system has been the object of international concern for many years. Structural overcrowding, unsanitary living conditions, inadequate food, absence of health attention and systemic violence have turned hundreds of detention facilities across the region into gunpowder barrels. And COVID-19 was the sparkle.

From Mexico to Chile, riots broke in fear of the novel and dreaded virus. Prisoners wanted to be released, they wanted to see their relatives, they wanted food, medicines and hygiene articles. They wanted their needs to be taken seriously. They did not want to be left for dead.

In the course of 2020, governments approached this challenge in multiple ways. Some granted amnesties and pardons; others relied on the courts to release those inmates who were more at risk; others conducted comprehensive testing; others intensified cleaning, disinfection and medical care; others did all these things; others did none.

It is certain, however, that COVID-19 has rampaged through Latin American prisons. Even with gross underreporting of infections and deaths, and in spite of the initiative showed by several governments, it is clear that the virus took its toll on the lives and health of persons deprived of their liberty. This report will take a look at the steps taken to contain the COVID-19 crisis in Latin America and try to assess their results.

We will also refer to the statements and recommendations made by various international human rights mechanism, both in the United Nations and the Inter-American System, to help governments comply with their international obligations.

The danger has not passed, and thus preventive measures should remain in force. But this challenge also presents us with an opportunity to rethink sentencing and detention policies for the future, to address the structural deficiencies that Latin American prisons have been dragging for decades and which have left their unfortunate inhabitants in such a vulnerable state.