Refuting allegations of anti-Israel sentiments levelled against the UN database of business enterprises operating in the Occupied Palestinian Territory, including East Jerusalem 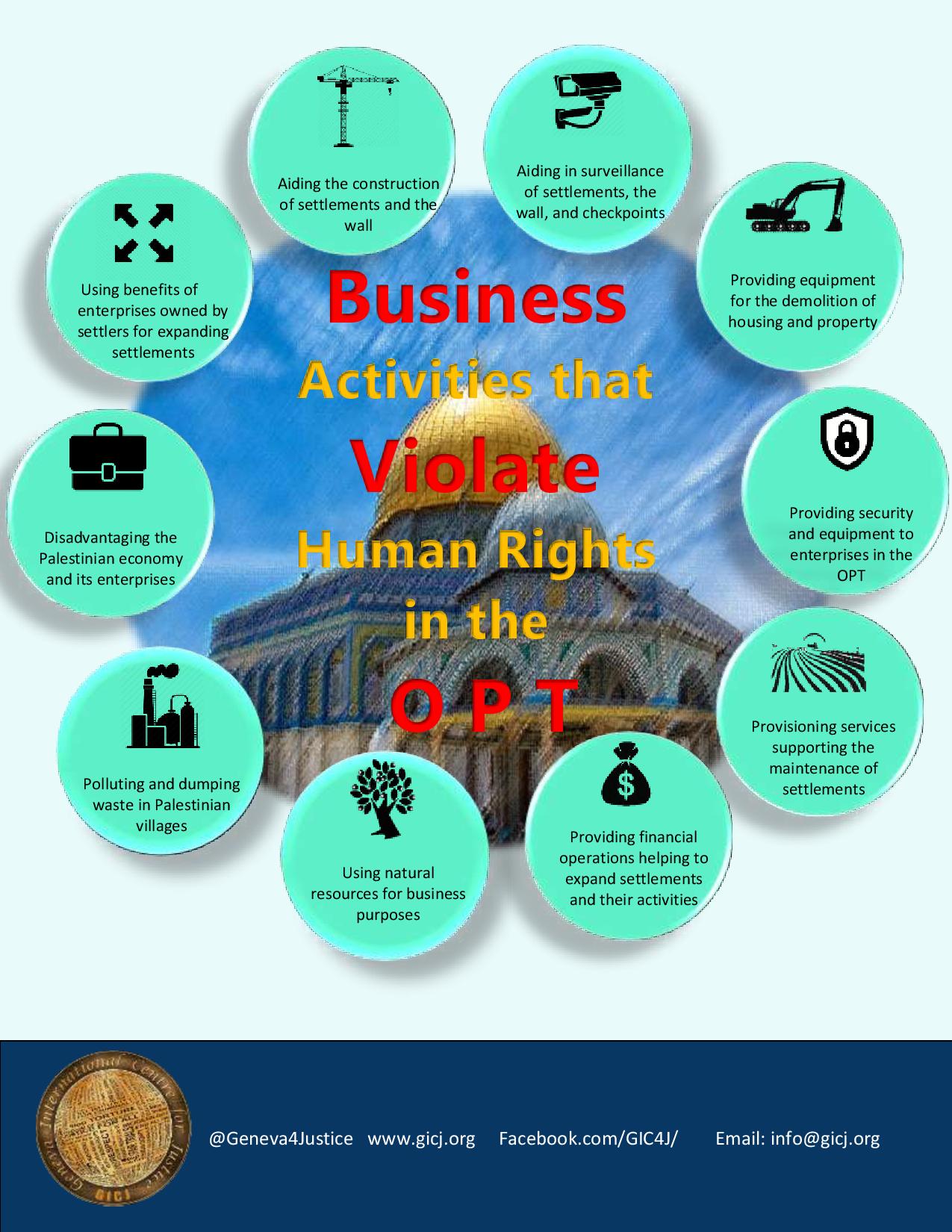 Upon thorough analysis, Geneva International Centre for Justice (‘GICJ’) finds that there is no anti-Israel intent or purpose that can reasonably be derived from the High Commissioner’s report which sets out the database, its corresponding authorising resolution (UN Doc: A/HRC/RES/31/36), and the report of the Fact-Finding Mission (UN Doc: A/HRC/22/63) which gave rise to the resolution. GICJ affirms the importance of the database and its annual update, given the persistence and gravity of Israel’s illegal occupation and settlement activities in the Occupied Palestinian Territory since 1967 and the complicity of certain business enterprises in violating the human rights of Palestinians within the occupied territories.

Accordingly, GICJ calls on the international community and especially the United Nations to stand firmly in support of the database and to dismiss the suggestion that it is “anti-Israel” as frivolous as it is completely without merit.