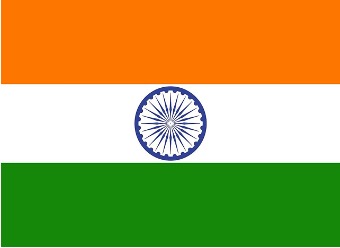 On the 10th of November, during the 41st session of the Universal Periodic Review (UPR), the United Nations held the Interactive Dialogue on the fourth cycle of the UPR for India. India submitted its country report on the 17th of August 2022, taking into account recommendations made by Special Rapporteurs and treaty body experts, the Human Right Council and civil society organisations delivered reports with a compilation of different human rights issues in India.

During the discussions, participating delegations highlighted a number of problems, which India attempted to address in its responses. The key issues discussed were the political rights of Indian citizens, notably the freedom of religion, expression, and speech, improvement of the rights of women and children, treaty ratifications, and the situation of civil society organisations and human rights advocates. While India has shown progress in improving the healthcare system for vulnerable groups such as women, and children, the state of political rights concerning minority groups is especially concerning.

​​Geneva International Center for Justice (GICJ) urges India to take all essential measures to strengthen the country's human rights condition. We encourage India to progressively abolish the death penalty to guarantee the constitutional right of all its citizens. Being a secular state, India must also ensure freedom of expression and religion by lifting discriminatory laws and adopting a comprehensive national law to prosecute all forms of violence against religious minorities, marginalised groups, and human rights defenders.

The UN Universal Periodic Review (UPR) process was created in 2006 (Res. 60/251) to assess the advancements achieved by nations in accordance with their legal commitments under international law. Each cycle, the present one being the fourth and continuing through to 2027, examines UN member states. India has undergone four periodic reviews: first in April 2008, the second in May 2012, followed by the third in May 2017 and finally, the fourth and the most recent in November 2022. The Working Group of the UPR, which is constituted of Human Rights Council member states, has the chance to evaluate the record on human rights, inquire, and suggest improvements.

In accordance with Human Rights Council resolutions 5/1 and 16/21 and taking into account the results of the comprehensive feedback, India delivered its country report for the fourth cycle of the UPR in August 2022. In relation to the many suggestions given in the past cycles, they recognised their human rights progress within the country.

Taking into account the recommendations made by Special Rapporteurs and treaty bodies experts, the Human Right Council and civil society organisations delivered reports with a compilation of different human rights issues in India. Concerns were raised on the country’s cooperation with international human rights mechanisms and bodies, the national human rights framework, as well as the principles of equality and non-discrimination, especially towards the minority groups, political and civil rights, impunity and respect of the rule of law, and the right to health and education. Further to this, attention was given to the rights of vulnerable groups, such as children, women, persons with disabilities, indigenous people, migrants, displaced persons, and stateless persons.

The floor was first given to H.E Indra Mani, Ambassador and Permanent Representative of India to the UNOG, who welcomed the 130 member states to India’s 4th cycle of the review. The delegation in this UPR was headed by Mr. Tushar Mehta, who briefly presented India’s success in establishing a vibrant, inclusive, and democratic polity, taking democracy to the grassroots, acknowledging that India's constitutional rights are bestowed to all Indian citizens and upheld by bodies such as the National Human Rights Commissions, and other commissions for minorities, women, scheduled castes and tribes. Furthermore, India has undertaken a comprehensive review of existing laws and legislations, including the repeal of obsolete colonial-era legislation with over 1400 laws repealed so far. He was followed by the presentation of India’s national report for the UPR by Mr. Srikrishna Deva Rao, Vice Chancellor of National Law University India, who highlighted the overall progress made by India since the last review cycle. Mr. Sunil Kumar Barnwal, Joint Secretary, Ministry of Home Affairs noted the enactment of the Human Rights Act 1933, Section 2 of the Protection of Human Rights Act, which refers to the rights of the individual to life, liberty, equality, and dignity guaranteed by the Constitution or embodied in International Covenants and enforceable by Indian courts, and the several policy measures taken to protect sovereignty, unity, and integrity of India, and to protect several freedoms such as freedom of expression and speech. He also talked about initiatives taken to abolish human trafficking in India by the penal code amended in 2013 which enlarges the scope of trafficking-related offences to provide stricter punishment to offenders. Ms. Indra Mallo, Ministry of Women and Child Development and Ministry of Minority Affairs highlighted that India today has one of the world’s largest outreach programs for children which empowers millions of children and aids poverty alleviation. These schemes provide a package of services consisting of supplementary nutrition, immunisation, health checkups, and primary education. She also noted that India comprises numerous religions and all are equally entitled to freedom of conscience and the right of propagation.

Many members states such as Estonia, Estawini, Fiji, Ghana, Latvia, and France noted that India is yet to ratify the Convention Against Torture (CAT-OP) and the 2nd Optional Protocol of the International Covenant on Civil and Political Rights, aimed at abolishing the death penalty. Many delegations such as Lithuania and France, recommended that India declare a moratorium on executions as a first step towards the death penalty’s abolition. Japan recommended that India ratify the International Convention on Protection of All Persons from Enforced Disappearances. Luxembourg suggested that India ratify the 1954 and 61 Conventions on Statelessness. These conventions encourage the development of a legal identity and establish a legal status that will help stateless persons access fundamental social and economic rights.

India, since the last review cycle, has had increased cases of communal violence and religious discrimination.Ireland noted the discriminatory nature of the Citizenship Amendment Act 2019, which legitimises discrimination on religious grounds and is blatantly against both the Indian Constitution and international human rights law. As such, the Netherlands, Latvia, Germany, Holy Sea, Italy, and Switzerland proposed strengthening the implementation of laws that protect religious minorities and prosecute those committing or propagating violence against religious minorities and other marginalised groups and that the government ensure that states concerned repeal anti-conversion laws to comply with international human rights obligations. As a secular state, India must ensure that laws governing the freedom of religion and belief are fully enforced, taking into account the multi-religious and multicultural nature of India.

India has also seen a shrinking space for journalists and civil society obligations.

Consequently, many states showed concerns about the application of the Foreign Contribution Regulation Act 2010 (FCRA), through which six NGOs had their operating licences revoked. As such, Ireland, the US, and Switzerland advised India to improve the transparency of the licence adjudications related to FCRA and create easier pathways for NGOs to appeal adverse government decisions on FCRA licences. Furthermore, Luxembourg scrutinised the rights of human rights defenders and demanded the immediate release of all human rights defenders in detention. Switzerland and the US also asked for the revision of the Unlawful Activities Prevention Amendment Act and to assess its conformity with international law to ensure that it is not used against HRDs. Overall, most states such as Greece, Italy and Latvia, suggested continuing efforts to improve the legal framework of freedom of expression, including creating a safe space for journalists and civil society organisations.

India was commended by many states for its initiatives taken to strengthen and ensure the safety and rights of children and women through improved access to healthcare and nutrition, education, improved maternity rate, and the enforcement of The Prohibition of Child Marriage (Amendment) Bill, 2021, which raised the marriage age for women from the 18 to 21 years of age. However,France and Niger also noted that India is yet to ratify the Optional Protocol in the Elimination of All forms of Discrimination Against Women (CEDAW) and the Convention of Discrimination Against Domestic Violence. Denmark and Iceland suggested that India improves enforcement mechanisms of legal provisions to prohibit discriminatory practices against women and girls in accordance with CEDAW. Further, the country must implement existing measures to ensure that adequate resources are set aside to strengthen girls’ education and women’s labour market participation. Finland, Netherlands, Latvia, Lebanon, and Liechtenstein advised India to take measures to stop violence against women with disabilities by implementing provisions of criminal laws pertaining to sexual violence. Going forward, India must adopt and implement a budgeted, multi-sectoral plan to curb violence against women and children and to empower them.

The Geneva International Center for Justice (GICJ) urges India to take all essential measures to strengthen the country's human rights condition such as the ratification of all UN treaties, such as the CAT-OP to align its laws with international norms and law. We encourage India to progressively abolish the death penalty to guarantee the constitutional right of all its citizens. Being a secular state, India must also ensure freedom of expression and religion by lifting discriminatory laws and adopting a comprehensive national law to prosecute sectarian violence by individuals/groups propagating violence against religious minorities and other marginalised groups. Furthermore, as a democratic polity, India should strengthen legislative measures to protect the rights of and to create a safe space for journalists, civil society organisations, and human rights defenders operating in India.

GICJ supports the concerns and recommendations voiced by several countries to strengthen human rights and commends India for the progress made since the last UPR cycle on child rights, poverty alleviation, and the healthcare system for vulnerable persons in society.