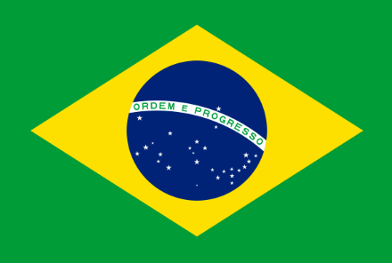 On the 14th of November, during the 41st session and 4th cycle of the Universal Periodic Review (UPR), Brazil presented the progress made since its last UPR in 2017. The UPR  is grounded in the examination of three main reports: The national report, the UN compilation report, and the stakeholder´s information report. Brazil's first, second, and third cycles of the UPR reviews took place in April 2008, May 2012, and May 2017.

The review comprised a set of different topics from the Brazilian delegation, headed by Cristiane Rodrigues Britto, the Minister for Women, Families and Human Rights of Brazil. The delegation highlighted the compromise Brazil has with the international community with its delivery of the mid-term report. This included not only consultations with 25 governmental agencies, but also with state and municipal governments and institutions. Additionally, the delegation presented a series of initiatives and legal measures that will ensure the human rights enjoyment of the Brazilian people.

Geneva International Centre for Justice (GICJ) welcomes the efforts by Brazil on its 4th periodic review. However, GICJ is concerned about the high rates of human rights violations including abuses by the police, attacks against human rights defenders, the dismantling of human rights bodies, and systematic racial discrimination. We urge Brazil to fully comply with human rights in the country in accordance with the Paris principles.

During each periodic review cycle, based on resolution 60/251 of 2006, each UN member state’s adherence to their obligations under international law is examined During this review process the member country under review receives recommendations from their counterparts  on the pressing issues facing the country.

The committee welcomed the efforts made by Brazil to mitigate the worst impacts of  the COVID-19 pandemic including the creation of an emergency transfer program in 6 days that subsequently helped more than 70 million Brazilians. Additionally, the World Bank recorded that between 2019 and 2020, 7.23 million people living in poverty rose above the poverty line. Since its last cycle, Brazil recognised a series of recommendations, in which the country agreed to implement national and subnational preventive mechanisms against torture. The national prevention mechanism was in danger of being dismantled, by command of the presidential decree (No. 9,831/2019); however, the supreme federal court of Brazil waived the decree. In this cycle, several delegations recommended  that Brazil strengthen the independence of this mechanism and many expressed concerns about the closing of units of the Public Defence of the Union and the dismantlement of the National Indian Foundation.

Furthermore, other recommendations included the adoption of a code of conduct based on international human rights standards to define the conditions for the use of force by the police. Brazil has yet to establish a comprehensive framework for the oversight of police activity, leaving room for officials to use excessive force, which has been reported to target afro-descendant Brazilians. 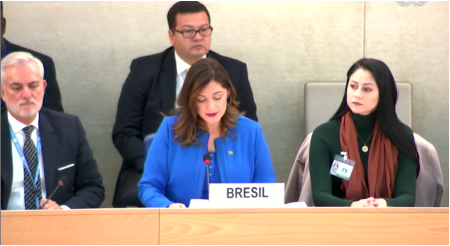 During the interactive dialogue, the floor was given to the Brazilian delegation starting with the Minister of Women, Family and Human Rights, Cristiane Rodrigues Britto. She mentioned the compromise of Brazil with the Human Rights Mechanisms. An example of this was the workshops for civil servants in 2020 during the third cycle of the UPR. Following, the permanent Representative of Brazil to UNOG, Ambassador da Silva, remarked that in 2022, Brazil ratified the Inter-American Convention against Racism, Racial Discrimination, and Related Forms of Intolerance to support the fight against patterns of racial exclusion. Next, the National Secretary of Social Assistance, Ms. Dos Santos, stressed the results of the emergency transfer program in the context of the COVID-19 pandemic, as well as the decrease of the extreme poverty rates reaching 1.9% in the country. Mr. Adi Balbiot, from the Ministry of Education, spoke on the funding of programs in rural areas, which aim to improve infrastructure, water supply, and sanitation in schools. He addressed the program Indigenous Intercultural Degrees which trains educators to teach indigenous communities in higher education settings. Mr. Miranda, National Secretary of Global Protection, outlined the national pact of the federal units to combat violence in the LGBTQI+ population.

Following, the National Secretary for Policies to Promote Racial Equality, Mr. Roberto, mentioned that the government has implemented training courses for primary education teachers to incorporate Afro-Brazilians and indigenous people’s history and entrepreneurship courses in schools. Concerning the grave situation in the police force, the Executive Director of the National Penitentiary, Ms. Luz, mentioned the training for public security forces, including the differentiated use of force in line with international guidelines. Mr. Medeiros, Secretary of Primary Health Care, mentioned the increase in budget to 80% coverage in primary healthcare aimed to help specific communities and the national policy for comprehensive health of the black population. Ms. Munoz, the National Secretary of Policies of Women, presented the program “Qualifica Mulher”, which plans to train women in vulnerable situations to break the cycle of violence.

Further, Ms. Lopes,  the President of the National Indian Foundation (FUNAI), highlighted the territory inspections to ensure the control of illegal resource extraction and the efforts made to ensure the autonomy of the indigenous people. Finally, the National Secretary of the Rights of the Children, Ms Ramos outlined the programs combating violence to foster a transnational strategy to eradicate violence against children and combat cybercrime, the creation of the observatory to promote children’s rights against abuse, among other measures. 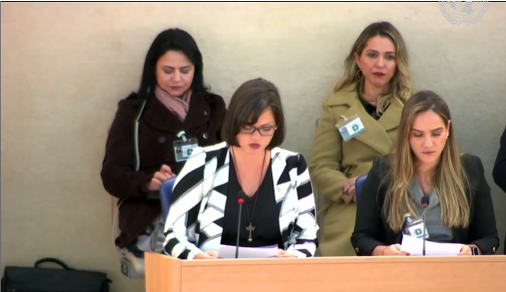 During the interactive dialogue several delegations expressed concern about the demarcation process in indigenous people’s territory. Since the last review, this topic has prompted concerns about the living standards of these communities. The lack of land demarcation has led to a growth in the number of conflicts, land invasions, and attacks on traditional groups. The main groups that are affected are the Quilombolas and the Yanomami. Additionally,  there have been  high rates of deforestation, illegal exploitation of resources and consistent attacks on indigenous peoples because of land conflict. This has not only deteriorated the territories and caused environmental pollution but has also reduced the indigenous community’s population, perpetuating systemic discrimination.

Moreover, the stakeholder's report stated that the Program for the Protection of Human Rights Defenders, Social Communicators, and Environmental Defenders saw a gradual decrease in their budget. In addition, they reported an increase in threats and murders, with the second-highest number of killings of human rights defenders in the world between 2015 and 2019. The Special Rapporteur recommended that the government expand on the investigation of threats, attacks and killings and conduct robust investigations of prosecutions of those who target human rights defenders.

The delegates of Luxembourg, Mozambique and New Zealand among others recommended that Brazil strengthen the protection mechanisms for indigenous communities, increasing the budget of the National Indian Foundation (FUNAI). The delegate of Norway stressed the rejection of the Marco temperas thesis, which seeks to legalise the theft of the land due to a legal loophole, where it must be proven that these communities occupied them at the time of Brazil´s 1988 constitution.

Furthermore, the delegates of Uruguay, Belgium and Colombia recommended ratifying the Regional Agreement on Access to Information, Public Participation, and Justice in Environmental Matters in Latin America and the Caribbean (Escazú Agreement) to ensure environmental democracy in the country.

Administration of justice and the rule of law

Regarding militarised police operations and the rule of law, Brazil has marked high levels of violence and deaths of which, according to the report, 31.5% of homicide cases were solved by the judiciary. The country team noticed reports of poor access to justice, lack of accountability and an unsafe environment for human rights defenders. It was also reported that some judges and lawyers are not exercising their powers independently, since lawyers defending politicians are at times intimidated by certain prosecutors.

During the interactive dialogue, the delegate of the Netherlands, Panama and Germany, raised concerns about the extrajudicial killings by police with associated impunity. Additionally, they recommended waving legislative proposals such as bill 1595/ 2019, which amends the Anti-Terrorism Law and creates a system of counter-terrorism actions. Unfortunately, this would create a new, undefined concept of terrorism and enable further violations of freedom of expression and of assembly by the state.

Brazil has ratified 16 of the 18 main human rights treaties namely; the 2017 ratification of the Optional Protocol on the Rights of the Child on a Communications Procedure; the 2018 Marrakesh Treaty to Facilitate Access to Published Works for Persons Who Are Blind; Visually Impaired or Disabled and the 2022 Inter-American Convention against Racism; Racial Discrimination and related forms of intolerance.

Still, Brazil is not a party to the International Convention on the Protection of the Rights of All Migrant Workers and Members of their Families which is currently under discussion in Congress. The signature of the Optional Protocol to the International Covenant on Economic, Social and Cultural Rights was also recommended by several delegations in this 4th cycle. Lastly, the ratification of the Escazú agreement would be a step further for environmental democracy.

Geneva International Center for Justice (GICJ) welcomes the efforts made during the 4th Cycle of the country’s Universal Periodic Review. We call on Brazil to continue taking the necessary measures to improve the human rights framework within the legal constitution of the country. We urge Brazil to drastically reduce excessively high rates of police force and abuse within the country against human rights defenders. We further recommend Brazil oppose legislation that would extend the authority to use unlawful force against civilians. Moreover Brazil must make greater efforts to strengthen the independence of judicial bodies and guarantee equal access to justice. We believe freedom of expression is of paramount importance. Therefore, we further call on Brazil to protect the free press, especially human rights defenders belonging to indigenous communities that have been apprehended and are forced to leave their lands due to the inefficient land demarcation processes already recommended during the third cycle.