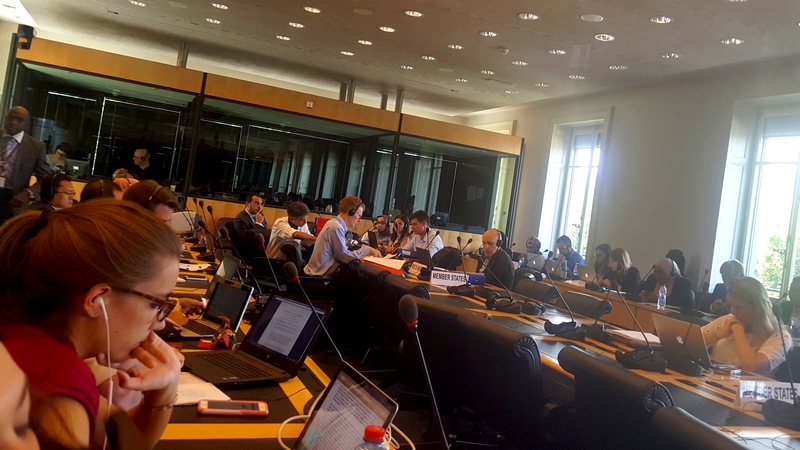 The 58th session of the UN Committee Against Torture (UNCAT) started on 25th July 2016 in Geneva. During the course of the next three weeks, the Committee will consider the situation in Burundi, Honduras, Kuwait and Mongolia. The session debuted with the consideration of the third periodic report of Kuwait.

Presenting the national report, Jamal ALGHUNAIM, Permanent Representative of Kuwait at UNOG, stated that Kuwait’s accession to the Convention Against Torture (CAT) in 1997 was, in itself, a clear proof/sign of the State’s interest in the prohibition and prevention of torture. He highlighted the fact that the national legislation had been amended in order to incorporate a definition of torture in compliance with article 1 of CAT and that a series of measures had been undertaken to publicize the Convention. Criminal law has also been revised to guarantee the right to a fair trial to the detainees. Mr ALGHUNAIM affirmed that the authorities intended to pursue their efforts in combatting terrorism while fully respecting all their international obligations, especially in the field of human rights. He concluded his introductory remarks by affirming that Kuwait is committed to the protection and promotion of human rights and thus welcomed all the western non-governmental organisations which came to visit the country to check the implementation of CAT.

Mr A. BRUNI, Committee Member and Co-Rapporteur for Kuwait, noted several inconsistencies in the Kuwaiti report. He, first of all, asked for clarification of the State’s position regarding its reservation to the inquiry procedure provided for by article 20 of the Convention. Following the Committee’ precedent recommendations concerning the incorporation of the crime of torture into the domestic penal law, in conformity with article 1 CAT, Mr BRUNI required more details in regards of the measures undertaken to do so. Moreover, he stressed out the need for Kuwait to define the appropriate penalties for torture, taking into consideration the grave nature of this crime.

In the context of the fight against terrorism, Mr BRUNI urged the Kuwaiti state to ensure that no exceptional circumstances could be invoked in order to use or justify torture. Indeed, NGOs have reported many cases of death penalty for terrorism allegations.

The Co-Rapporteur also expressed concern in the wake of the several executions carried out by Kuwait in 2013, ending the de facto moratorium on executions in force since 2007. Information has been asked regarding the living conditions of the death row prisoners and the minimum age applicable. The conditions of detention in general are also worrying and need to be clarified by Kuwait.

Mr A. HANI, Committee Member and Co-Rapporteur for Kuwait, expressed his concerns regarding the independence of the judiciary in Kuwait and the access to a fair trial for the foreigners. He thus asked for clarification on the allegations of violations and the possible amendments cancelling existing guarantees for the period of detention.

Despite positive guarantees provided by the Detention Law, several reports from non-governmental organisations denounced the overpopulation in the prisons and the deterioration of the living conditions of the detainees. Cases of arbitrary detention have also been reported and need to be investigated into. Mr HANI especially asked Kuwait if practical measures had been taken in order to insure that minor migrant children are not mixed with adults in such facilities.

The questions of redress, compensation and rehabilitation for the victims of torture were also brought up by the Expert.

Replies by the delegation:

Kuwait had a developed legal structure, with a number of different entities, which had decided that the reservation to Article 20 would stand for the time being.

The delegation explained that the prohibition of torture was enshrined in the Kuwaiti constitution. The definition of torture is in line with article 1 of the Convention since the amendments of the 1960’s. Moreover, article 53 of the Criminal Code provides for sentences to any officials who resorted to torture.

Concerning the pre-trial detention, an amendment to the law had led to a reduction of prison sentences and the custody time is limited to 48 hours only. Pre-trial detention is also subjected to judicial review.

Regarding legal guarantees for people in police custody, the delegation assured that many laws tackled issues of torture and degrading treatment.

The Kuwaiti legislation provides for several safeguards regarding capital punishment. Such penalty is not applied immediately and a national specialized court needs to confirm the definitive judgement. The death sentence is reserved for the most egregious crimes. The delegation also specified that there only had been three cases of death penalty since the moratorium concluded and one of them concerned an Egyptian national who had committed very heinous crimes against children.

The Kuwaiti delegation underlined the difficult environment Kuwait is located in and asked for it to be taken into consideration.

In regards with the sentences for terrorism, the delegation explained that they range from financial fines to temporary imprisonment to capital punishment.

Kuwait paid special attention to the development of prison facilities, with the view of implementing minimum standards when it comes dealing with prisoners. On the allegations of overpopulation in Kuwaiti prisons, the delegation replied that while the maximum capacity is of 4,800 prisoners, only some 4,000 people are deprived of their liberty as of now. It also informed that juveniles are separated from adult prisoners.

Mr J. ALGHUNAIM, Permanent Representative of Kuwait to the United Nations Office at Geneva, noted that many questions had been asked, and the delegation had done its best to respond. Kuwait will take into account the Committee’ comments and opinions in order to further promote and protect human rights. The Kuwaiti government is committed to the full implementation of the Convention and considers human rights as one of the pillars of democracy.

Mr J. MODVIG, Chairperson of the Committee, reminded that the delegation could provide additional responses in writing within 48 hours.