Geneva International Centre for Justice took part in the Fourth International Forum: Women in Asia, held at the Palais de Nations in Geneva on 5-7 September 2012. Ms Daniela Valencia, who represented GICJ at the conference, presented a paper on The Plight of Iraqi Women.

Below is a summary of the presentation delivered by GICJ.

OCAPROCE International, NGO Committee on the status of Women at the Conference on NGOs (CONGO), with the support of UN Office at Geneva, the Office of High Commissioner for Human Rights, United Nations Conference on Trade and Development (UNCTAD), International Communications Union (ITU), UN Economic Commission on Europe (UN ECE), UN Commission for Africa (UN ECA)

The Plight of Iraqi Women

The erosion of women’s rights in Iraq is a fundamental problem that has been directly perpetuated by the US occupation of Iraq. Prior to the US invasion of Iraq and beginning with the 1970’s Iraqi constitution that contributed to its secularization, women enjoyed some of the most progressive rights in the Arab world.  These rights included access to education as well as employment and legal rights that enabled women to participate in the public sphere and contribute to Iraqi society. 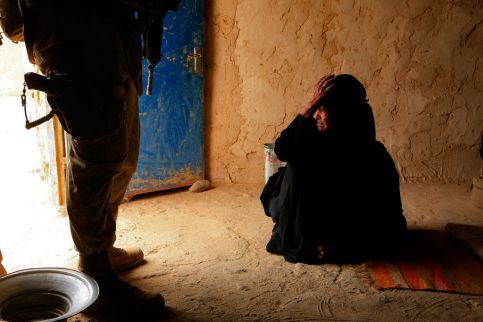 Today, the situation for Iraqi women has changed dramatically. It is rightfully argued that the Occupation is “the main violator of Iraqi women’s rights” given that US troops are the perpetrators of rape, torture and abuse of women. The Occupation has completely undermined the safety and human rights of women who have been left in an extremely vulnerable and precarious situation. Frequent attacks are common during the day or night by US forces who raid homes and detain, abuse and torture women to force suspected family members to cooperate with the Occupation.[1] The circumstances in which women find themselves are direct consequences of “the brutality of the U.S. Occupation and the violent nature of the US military [which] created the right conditions for the current violence against women. ”[2]

Women’s rights since the American invasion of Iraq

US forces and sexual violence

Given the gravity of the situation and the degree of suffering entailed, the international community must act. The United Nations and the UN Human Rights Council must investigate and prepare a plan of action aimed at uncovering and addressing the gross human rights violations that have and will continue impacting Iraqi women, children and families.  The appointment of A Special Rapporteur is required to expose and address the human rights violations against women, the causes and implications as well as the general situation of Iraqi women in her reports. Mobilization is needed to provide aid for displaced Iraqis, many of which are women who constitute the most vulnerable group. Resources must be allocated for humanitarian efforts that will provide assistance to internally and externally displaced peoples so that the rights of women can be upheld and we can ensure more women do not fall victim to violations, abuse and exploitation.

[7] Jan. 2008. Women, Children and Youth in The Iraq Crisis: A Fact Sheet. Women`s Commission for Refugee Women and Children. Retrieved August 23, 2012, from http://www.rhrc.org/resources/Iraqi_women_girls_factsheet%20FINAL%20JAn08.pdf.

[8] Women, Children and Youth in the Iraq Crisis: A Fact Sheet.