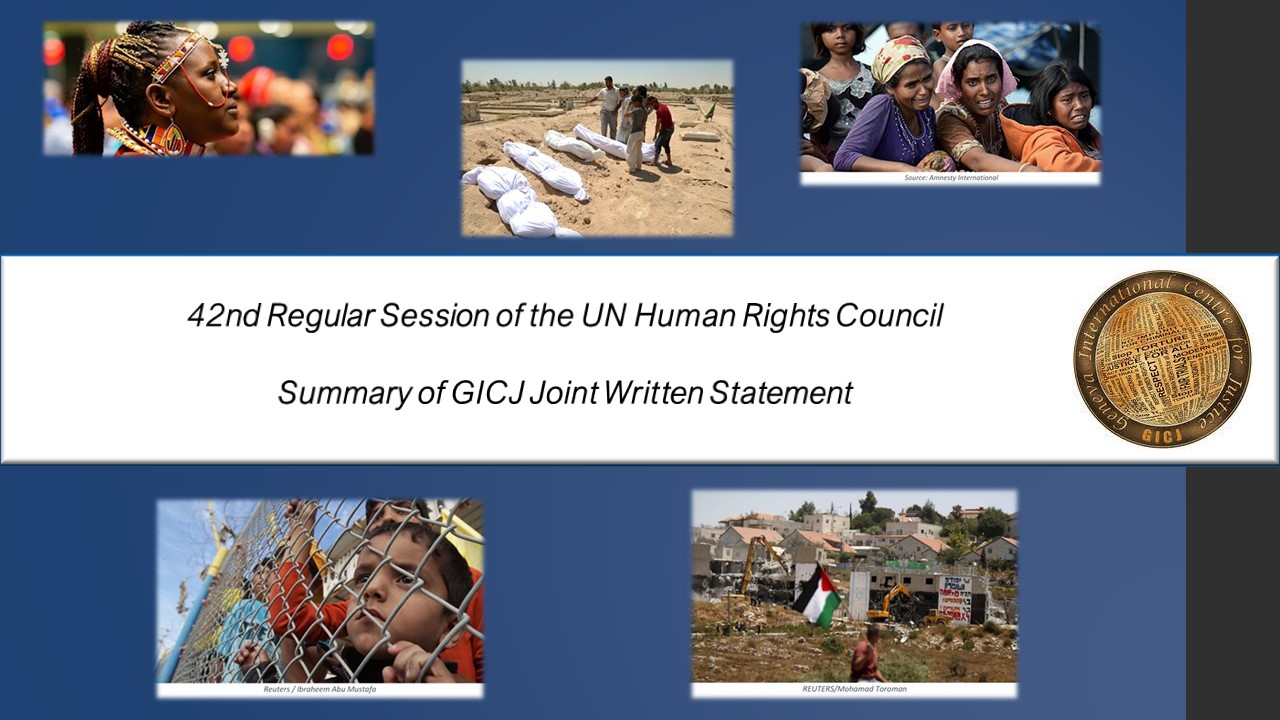 Geneva International Centre for Justice (GICJ) actively participated in the 42nd session of the Human Rights Council by submitting six joint written statements with other NGOs highlighting different aspects of the human rights situation in specific countries and the rights of indigenous peoples. Two additional written statements GICJ submitted for the previous (41st) session were also published this session. The statements included recommendations to the Council, member states, and other relevant bodies and stakeholders.

Promotion and Protection of the Rights of Indigenous Peoples

Indigenous people equally are accused of being obstacles to development and acting against national interests. The causes and impacts of criminalization and such violence affecting indigenous peoples, should be narrowly applied and addressed in accordance with the United Nations Declaration on the Rights of Indigenous Peoples (UNDRIP) and international and regional human rights instruments.

In addition, critical issues such as self-determination, land rights, discrimination and criminalization need to be addressed with respect to the UNDRIP in accordance with international law.

In this regard, we recommend the following:

Enforced disappearance is a shockingly common practice in Iraq, but one that the government avoids admitting or even discussing. The number of missing persons in Iraq ranges from hundreds of thousands up to one million according to different public sources. Disappearances in Iraq are often targeted toward certain groups or families, which is apparent from the shared family names of many of the victims. Unfortunately, there is often little, if any, effort on the part of the government to investigate these situations contrary to Iraq’s international obligations.

Although some hope remains for the return of the many people who have disappeared, the situation is dire. Due to recent international political pressure to reduce the presence and role of militias in Iraq, militias are now getting rid of the evidence of their activities – their detainees – through extrajudicial executions and covert, illegal mass burials. Information has recently come to light about the illegal burials of nearly 300 bodies that were transferred to a supposed non-governmental organization for burial. This process of disposing of bodies is part of a recurring effort by the successive authorities in Iraq since 2003 to obscure and distort facts, depriving the families of victims of enforced disappearance of the truth about their loved ones and their legal right to seek fair punishment from the perpetrators of these crimes. 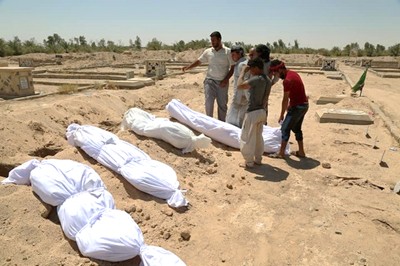 Therefore, Geneva International Centre for Justice (GICJ) and its partners recommended that:

Truth, reparation and justice in the Republic of Iraq

Since the US-led invasion of Iraq in 2003, and despite the official withdrawal of US troops in 2011, justice has not been achieved for the Iraqi people. The invasion and subsequent war constitute a war of aggression, which is the “supreme international crime”. This war was conducted without the approval of the UN Security Council and without a legitimate self-defence argument, therefore violating the UN Charter.

The atrocities committed during the invasion and occupation include all forms of torture, ill-treatment, extrajudicial killings, enforced disappearances and sexual abuses. Addressing injustice, ending impunity and providing measures of satisfaction are the only means to prevent future atrocities and create sustainable peace.

Unfortunately, under Coalition Provisional Authority (CPA) order 13, private military and security companies operating in Iraq under the Coalition were immune from Iraqi legal processes. Moreover, the CPA weakened Iraqi’s state institutions including the judiciary system, which still need to be rebuilt and reinforced to allow prosecution of perpetrators of human rights violations and to provide reparation and justice to victims.

GICJ believes it is necessary to create an International Special Tribunal to prosecute all those involved in the invasion, including the planning, administration and actual execution of the invasion, and who have committed human rights and humanitarian law violations.

Pending the creation of such a tribunal, we call on the relevant United Nations bodies to ensure that:

The human rights violations and abuses are worsening in Myanmar

Legal conditions for repatriation seem to be far from acceptable. The agreement signed between Bangladesh and Myanmar, many Rohingyas have refused the repatriation conditions offered by the government of Myanmar. It is imperative to grant citizenship to Rohingyas and not simple residence cards or identification cards. Rohingyas should receive passports under the same conditions as the citizens of Myanmar, and they must fully enjoy freedom of religion, freedom of movement, access to education and healthcare, protection from all forms of discrimination. 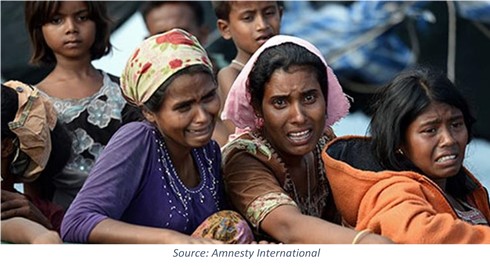 Additionally, Rohingya women and girls have been victims of grave and repugnant violence committed by the security forces in Myanmar, such as arrests, torture, rape, widespread killings and forced labour. Regrettably, evidence demonstrates that such violence was orchestrated and perpetrated by the Myanmar armed forces, along with the Border Guard Police and militias. However, the government of Myanmar has denied the existence of evidence of such crimes without conducting independent preliminary investigations despite the abundant evidence.

We therefore recommend that the international community should interrupt all financial and economic relations and any other form of support to Myanmar’s military to isolate its commanders and bring them before the ICC to answer charges of war crimes, crimes against humanity and genocide.

The Human Rights of Children in the Occupied Palestinian Territories

Every child is entitled to special care. This principle, proclaimed in the Universal Declaration of Human Right, is recalled in the preamble of the Convention on the Rights of the Child. The preamble further recognises the exceptionally difficult conditions faced by children in armed conflict and that they need “special consideration”. The protection of children is enshrined in international law, international human rights law and in international humanitarian law. 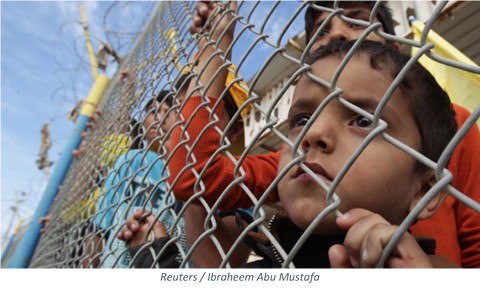 Under Israeli military law, which is applied to Palestinians in the West Bank, no child under the age of 12 can be held responsible. Nevertheless, several cases show the summoning and interrogation of children as young as four years old. Moreover, a 2016 law allows the State “to imprison a minor convicted of serious crimes such as murder, attempted murder or manslaughter even if he or she is under the age of 14”, and Israel Military Order #1591 of 2007 gives the right to Israeli forces to detain Palestinian children that are 12 or more years old for up to six months if they have “reasonable grounds to presume that the security of the area or public security require the detention.”

In addition to being arbitrarily arrested, many children are victims of violence. Since March 2018, 44 Palestinian children have been killed in Gaza, and 7000 have been injured during the demonstrations. We are extremely concerned by the excessive use of force against children, often followed by a lack of access to health facilities and medication, leading to aggravated injuries and traumas.

Recent developments in Palestine and the Occupied Palestinian Territories

Recent developments in the OPT demonstrate the continuation of far too many human rights violations. One prevalent issue is the demolition of homes and forced evictions that take place all over the OPT. Some demolitions are justified by Israel because of the proximity of the houses to the Israeli-built separation barrier and the threat to security they supposedly represent. By demolishing houses and evicting Palestinians, Israel creates room to further expand its settlements, which are condemned under international law. These actions lead to forced displacement of the Palestinian population which, when done systematically, amount to crimes against humanity. 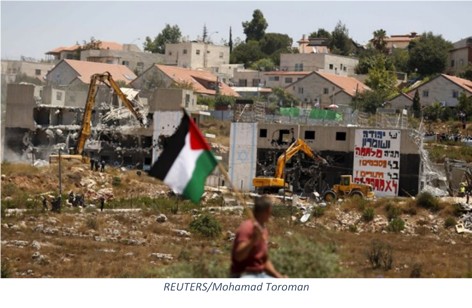 GICJ remains concerned about the fact that companies working in the illegal settlements located in the OPT provide services only to the settlements and further infringe upon the rights of the Palestinian people. Other issues include the high number of abductions, torture cases and killings of Palestinians, as well as the widespread violations of children’s rights as articulated in, inter alia, the Convention Against Torture and Convention on the Rights of the Child.

Geneva International Centre for Justice called on the international community and the OHCHR to: