The 13th meeting of the 49th Session of the Human Rights Council, held on 7 March, hosted the Interactive Dialogue with the United Nations High Commissioner for Human Rights, Ms Michelle Bachelet, about the human rights situation in Nicaragua.

The report set out the findings regarding the non-implementation of the recommendations made to the Nicaraguan Government over the last 3 years, resulting in human rights´ deterioration, persecution of political opponents and a climate of violence and lack of accountability for those responsible of spurious acts against human rights defenders, journalist, businessmen, electoral candidates, and prisoners held without due process. The government of Nicaragua evoked the partial and unequal assessment of the current situation in the country, as well as the biased nature of the sources of information used for the report. In parallel, it condemned the manipulation and external interference to which the State is subjected, aiming at delegitimize and destabilize the government, without acknowledging the progress made in terms of human rights, both social, economic and cultural, as well as civil and political, in spite of the unilateral and abusive sanctions imposed to the country.

In March 2021, the UN Human Rights Council adopted resolution 46/2 "Promotion and protection of human rights in Nicaragua", in which it emphasized the importance of the State adopting measures for the promotion of freedom of expression and freedom of association, the rights of indigenous peoples, the rights to education, work and health, the strengthening of the fight against impunity, the independence and impartiality of the justice system and of the Office of the Human Rights Ombudsman, and the cooperation of the State with international mechanisms, among others.

Pursuant to this resolution, the High Commissioner was requested to closely monitor the situation of human rights in Nicaragua in the context of the electoral process, and to present to the Human Rights Council, before the end of 2021, an interim oral update with recommendations, to be followed by an interactive dialogue.

In compliance with the above, on March 7, the United Nations High Commissioner for Human Rights, Ms Michelle Bachelet, presented the oral update on the human rights situation in Nicaragua, covering the period between January 1 and December 31, 2021.

In the report, the High Commissioner regretted that the recommendations made to the Government of Nicaragua since 2018 had not been implemented. Although she recognized the efforts made by the government to achieve some of the sustainable development goals (SDGs), particularly the ones of gender equality and favouring expenditure on health and education; Bachelet highlighted that complying with SDG also involves building peaceful, just, tolerant, open, and inclusive societies that provide equal access to justice and are based on respect for human rights.

According to the data gathered by the High Commissioner’s Office, at least forty-three people were detained, in the context of the 2021 elections marked by the restrictions to civil and political rights, including the rights to freedom of expression, association, peaceful assembly and political emancipation. Another twenty women and six men were documented to be victims of harassment, and at least four human rights defenders were detained arbitrarily. Ms. Bachelet appealed to the government to implement urgent measures for their prompt release and guarantee the physical and psychological integrity of those detained, including allowing the Office of the High Commissioner to be granted access to the detainees.

In that sense, she evoked the sanctions, attacks, and harassment against political activists, journalists, and human rights defenders.  In view of the upcoming municipal elections scheduled, for November 2022, the High Commissioner urged to take measures to re-establish a credible, just, and transparent electoral process as recommended in the report, and ensure that all Nicaraguans can exercise their civil and political rights freely and fully, regardless of their political affiliation.

Additionally, Ms Bachelet urged the country to repeal the laws approved in 2018 that unduly restrict civic and democratic rights, particularly the Special Law on cyber offences, among others. 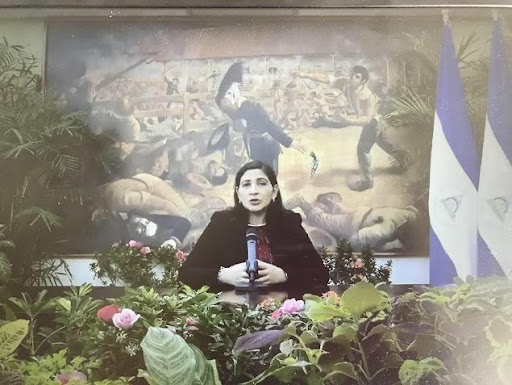 Wendy Carolina Morales, Attorney General of Nicaragua, speaking on behalf of the government of Reconciliation and National Unity of Nicaragua, stated that international organisations and bodies like the Council are assessing the exercise of human rights between countries in a discriminate manner, being permissive and tolerant when it comes to the barbaric acts committed by the major Powers and irrational with developing countries like Nicaragua. The general attorney affirmed that this unequal assessment leads to manipulation and instrumentalisation of human rights. She also contested the sources of information used in the report, which in the government´s view, were impartial as the voices of some sectors with marked political, ideological, and economic interests.

According to Morales, the report’s objective was to disqualify and denigrate national authorities and institutions, as well as the legal order of the State, based on false and biased information, with the aim of interfering in its affairs, disrespecting its sovereignty and independence. The Nicaraguan representative declared that the country has been constantly subjected to inquisitorial scrutiny, but it will stand firm in its work to defend fundamental human rights of all Nicaraguans. She called for an end to all sanctions and denounced the approaches of those countries and institutions attempting to influence and overpower her government.

In the ensuing interactive debate, the European Union evoked the complex human rights situation of the country, evidenced by the arbitrary detention of political opponents and electoral candidates, journalists, and human rights defenders, as well as the politically motivated annulment of the legal personality status of institutions and civil society organizations. Members of the delegation urged the government to launch a national dialogue, which should be inclusive from all points of view and guarantee a peaceful and democratic solution to the political and human rights crisis that affects the country.

The solution to this crisis must be based on human rights norms and standards, a sincere and inclusive national dialogue should take place to tackle impunity, restore democracy and uphold human rights. The European Union condemned the repression against political opponents, media, civil society, human rights defenders, African descendants, Indigenous people and the LGTBI community, urged the authorities to unconditionally and immediately release all political prisoners and to allow for the safe return of all persons in exile. The representative also requested the High Commissioner to further elaborate on the conditions of detentions of those deprived of their liberty in connection with the events in April 2018, and violations of due process and fair trial rights of those arbitrarily detained since May 2021.

Subsequently, Sweden on behalf of the northern Baltic countries, highlighted the importance of raising their voices of concern regarding the systematic violations of human rights are occurring in Nicaragua as exposed by Ms Bachelet, and referred to the elections held in November 2021, which in their view took place without respect for democratic principles, as the Nicaraguan people was deprived of the rights to freely elect their representatives and to vote in a credible, inclusive, and transparent elections. The Swedish representative inquired the High Commission on what measures should be taken in order to promote accountability for human rights violations in Nicaragua and reiterated the call for cooperation with 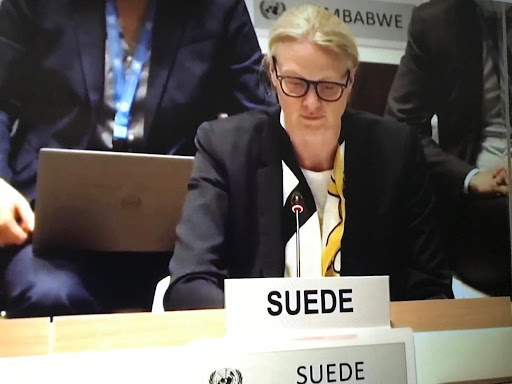 Canada, in the name of the Core Group on Nicaragua (Costa Rica, Brazil, Chile, Colombia, Ecuador, Paraguay and Perú) expressed concern over the significant deterioration of human rights in Nicaragua since last March and prompted the authorities to immediately and unconditionally release all persons arbitrarily detained, as well as to enact all necessary reforms.

Venezuela, Cuba, Syria, Russia and Eritrea regretted that the report presented contained distorted information against Nicaragua, whose government has affirmed its commitment to human rights despite the illegal unilateral coercive measures imposed by the United States, as well as incessant threats, external interference, aggressive rhetoric and media misinformation. The State representative condemned the manipulation of the human rights discourse for political purposes and the interventionist policy promoted against the sovereignty, self-determination, and constitutional order of Nicaragua. They rejected politically motivated exercises within the Human Rights Council, stating that constructive dialogue and cooperation should guide the work of human rights mechanisms and bodies.

NGO representatives emphasised the need for respecting due process and regretted Nicaragua’s lack of cooperation with international human rights mechanisms and called for the resumption of cooperation with the OHCHR and the Inter- American Human Rights System.

Geneva International Centre for Justice (GICJ) welcomes the oral update provided by the High Commissioner on Human Rights concerning the human rights situation in Nicaragua.The alleged violations reported, demand an exhaustive revision of compliance with human rights law and international standards; therefore, we call upon the Nicaraguan government to welcome and propitiate further cooperation with regional and international human rights mechanisms, to ensure that the best practices are put in place.

We also urge the government to enact meaningful electoral reforms, immediately end arbitrary arrests, guarantee freedoms to civil society and political opponents, investigate and prosecute rights abuses in the context of protests, and amend those laws that seriously restrict rights to freedom of expression and association in the country. GICJ encourages authorities to foster a sincere and inclusive national dialogue that leads to reconciliation, safeguarding the full participation of representatives of all political and ideological spectrum and with a firm commitment in the work to ensure political economic and social democracy in the country.