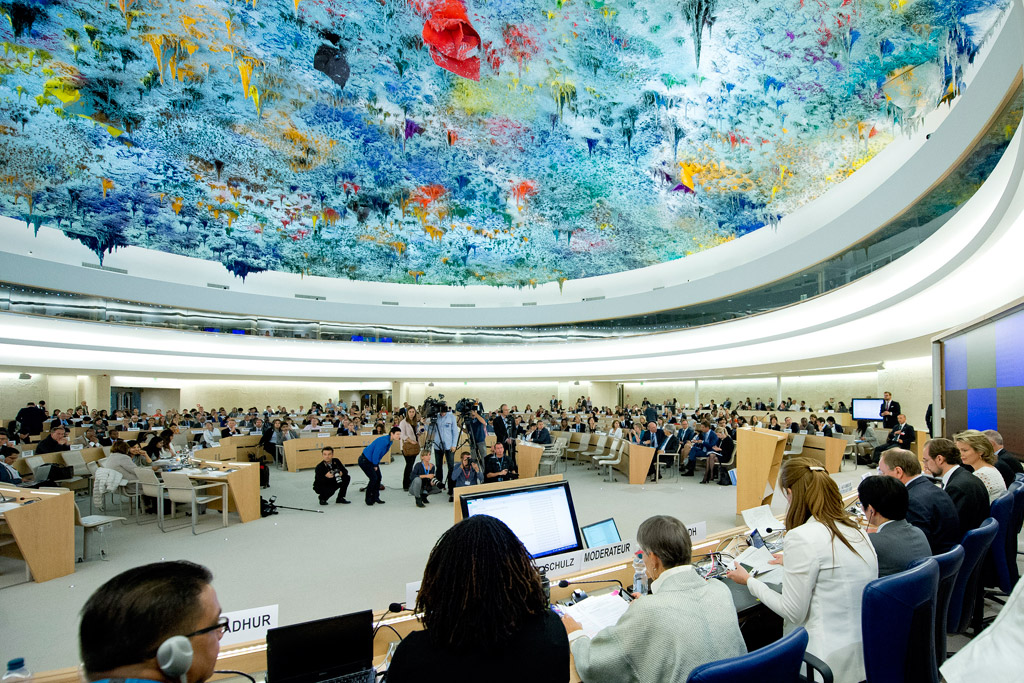 Geneva International Centre for Justice (GICJ), in cooperation with several other NGOs, has submitted eleven written statements in occasion of the 34th session of the Human Rights Council. The statements - summarised below - address the most concerning cases of human rights violations and abuses occurring in Syria, Palestine, Iraq, Iran, South Sudan, and Myanmar. The written statements also tackle the issue of children in armed conflict – including the appalling violence and deprivations to which children are subjected in war-torn countries – and analyse the implications of indiscriminate attacks conducted within the framework of the “war on terror”. Each statement is concluded with a series of recommendations that GICJ and the co-signatories NGOs wish to address to the UN bodies, and particularly to the Human Rights Council.

Civilians in Conflict: Human Rights Violations in the “War on Terror”

As outlined in this statement, civilians in the Middle East have become side casualties of merciless and indiscriminate attacks perpetrated in name of the “war on terror”. The recent destruction of Aleppo in Syria, and Fallujah, Ramadi, and Mosul in Iraq are among the most appalling examples of the worst implications of disorganised and inconsiderate military campaigns. Such attacks have been conducted in blatant disregard of international law, and have caused thousands of civilian casualties as well as a multitude of other human rights violations, including destruction of civilian-inhabited areas and forced displacement. The statement recommends immediate cessation of indiscriminate attacks, and calls for the implementation of special measures to protect civilians while countering terrorism. Particular emphasis is given to the necessity of conducting effective investigations in order to ensure accountability and reparation. Conditions of children in armed conflict: an overview

This statement outlines the dire impact of armed conflict on children. All over the world, minors are killed, wounded and maimed, and they suffer for the lack of adequate health care facilities and supplies. Moreover, millions of children are out of school and are forcibly recruited to serve as soldiers during combat. Iraq, Syria, Afghanistan, Yemen, and South Sudan are among the worst cases: here, violence against children has reached new lows. This statement calls for the immediate implementation of special measures to ensure the protection of children, as well as for the cessation of forced recruitment and sexual violence against minors. This statement assesses the key human rights challenges existing in Iraq - including systematic and institutionalised violations. It criticises the endemic corruption, which has not only allowed the government to deprive the people of their basic needs, but has also been used to authorise high execution rates, arbitrary arrests and to justify the detention and violence against peaceful demonstrators - all under the guise of “fighting terrorism.” It further examines the climate of impunity in Iraq, which has allowed these serious abuses to occur. Finally, the statement calls for an independent and impartial inquiry into the gross human rights violations in Iraq - to ensure accountability and justice. 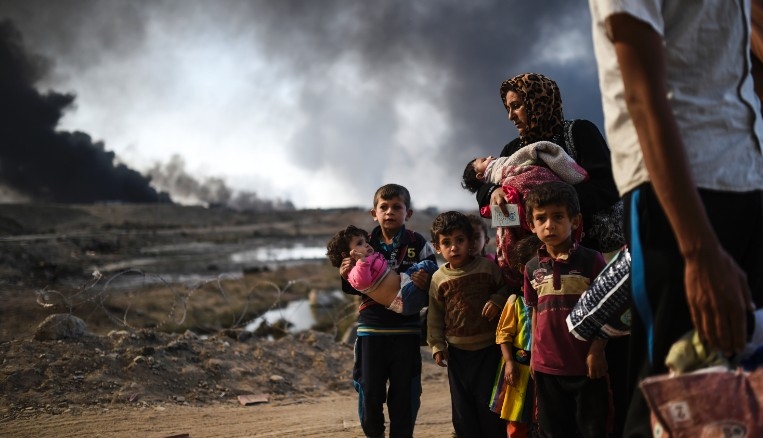 The devastating effect of the Syrian conflict on women

The statement denounces the mass-scale human rights violations committed in the Syrian Arab Republic. The six-year-long conflict has provoked unthinkable suffering and losses to the Syrian populations: civilians have been killed, abducted, tortured, arbitrarily arrested and subjected to all kinds of inhuman treatments. Moreover, gender-based discrimination and violence against women, in particular sexual violence and social stigmatisation, have dramatically increased since 2011. Being one of the most vulnerable segments of societies during war time, women suffer for the lack of appropriate health care supplies and medical facilities, and for the absence of legal and psychological assistance. This statement recommends the immediate cessation of gender-based violence – in particular of sexual violence – and calls for the provision of adequate redress and protection for victims. The statement addresses Iran’s interference in the region in pursuit of the militarism policy, which involves widespread and systematic violations of women’s rights, torture and other cruel, inhuman and degrading treatment and punishment, death penalty, forced displacement and limitations to freedoms of expression, association and assembly, lack of accountability and malfunctioning rule of law system. Urgent recommendations to the Human Rights Council, treaty bodies and special-mandate procedures are outlined at the end: monitoring and supervision of the international community are fundamental in this context, and Iran should immediately halt its military involvement in the region which is further deteriorating the humanitarian crisis in the Middle East. This statement outlines Israel’s consistent and blatant disregard of all its international obligations with regards to the inalienable rights, including the right to self-determination and fundamental human rights, of the Palestinian people since its establishment. Thereby, it continuously derails all peace efforts, intensifies human misery, and undermines the viability of a future Palestinian state. The statement therefore recommends the HRC and other competent UN bodies to take all necessary measures to make Israel abide by its international obligations and cease its prolonged occupation as well as all other violations of Palestinians’ inalienable rights. Our Reality Here, Daily, is a Violent Reality

This statement addresses the situation in occupied Palestine in which a defenceless civilian population faces a vast and powerful military apparatus under Israel’s prolonged illegal military occupation, which is marked by disproportionate, excessive use of force in blatant violation of Israel’s obligations as Occupying Power, in particular the Fourth Geneva Convention. In view of this, this statement recommends that the international community spare no efforts to ensure Israel’s recognition and application of human rights and international humanitarian law, particularly the Fourth Geneva Convention, in occupied Palestine. In this statement, it is argued that the prolonged illegal Israeli occupation of Palestine is intricately linked with Israel’s historically rooted apartheid system as well as with Israel’s increasingly anti-democratic policies and practices targeting Israeli dissidents. All efforts to effectively address the violations are consistently undermined by Israel’s non-compliance and non-cooperation with UN stakeholders and mechanisms. The statement therefore recommends the UN to take all necessary measures to ensure Israeli cooperation and compel Israel to implement all relevant UN resolutions and recommendations, including by calling on Member States to end all forms of cooperation with the Israeli authorities and to impose political and economic sanctions on Israel. This statement examines the status of civil war in South Sudan where civilians are indiscriminately targeted, attacked, and killed as assaults and sexual violence escalate and spread across the country. The UN Commission on Human Rights in South Sudan’s Report (2016) recognised “targeted killing of Dinka women and children” illustrating attacks are ethnic based. On a whole the crimes committed amount to ‘genocide’ as defined in the ‘Convention on Prevention and Punishment of the Crime of Genocide’. This statement calls for immediate cease-fire and urgent protection of civilians and initiation the Hybrid Court of South Sudan to hold perpetrators accountable. 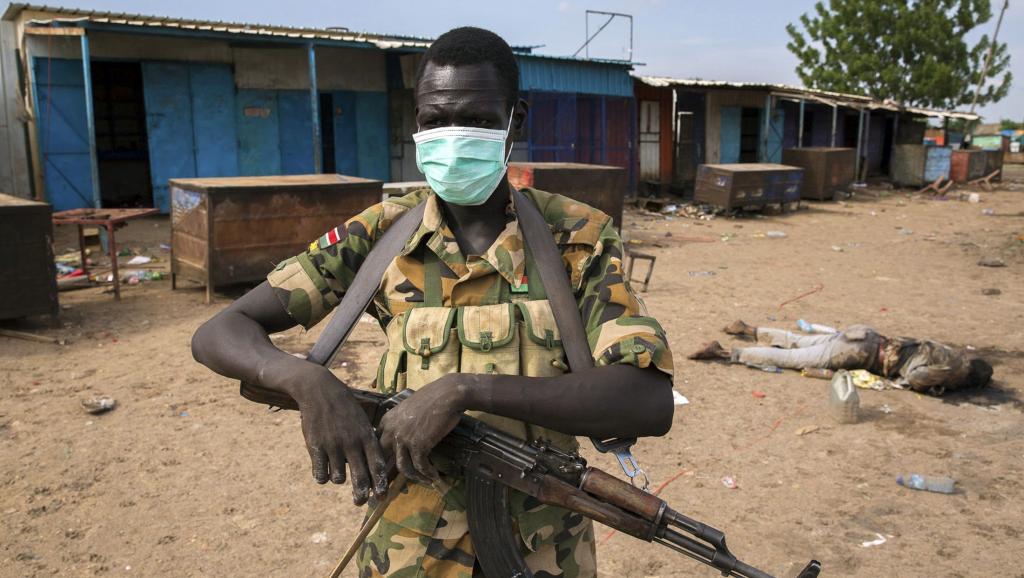 The US: Abuse in the Name of “Anti-Terrorism”

This statement examines President Donald J. Trump signature of Executive Order (EO) 13769 entitled “Protecting the Nation from Foreign Terrorist Entry into the United States” that bans almost all citizens from seven Muslim-majority countries. The EO violates the right to non-discrimination, threatens the right to freedom of religion, and breaches principles of non-refoulment and non-discrimination contained in the Convention of Refugees among violating several other international and federal laws. This statement calls for a block on EO 13769, and urges all Member States to respect their international human rights commitments, including international refugee law and its principle of non-refoulement. The statement outlines the general human rights situation in the country, with a particular focus on widespread and systematic violations against the Rohingya Muslim community – which amount to genocide. Rohingya face brutal threats and violence, including mass killings, rape, extrajudicial executions, enforced disappearance, arbitrary detention, torture, segregation, denial of citizenship, restrictions on freedom of movement, and limited access to education. Given the clear intent to destroy, the statement addresses fundamental recommendations to the Human Rights Council and the Burmese government calling for immediate action and cessation of violence are made.