From 15–19 October 2018, the Open-ended Intergovernmental Working Group on Transnational Corporations and Other Business Enterprises with Respect to Human Rights (IGWG) held its fourth session in Geneva, Switzerland. The main purpose of this session was to review the text of a first complete draft (zero draft) of a proposed international legally binding instrument (LBI) to regulate the activities of transnational corporations and other business enterprises (TNCs) from a human rights perspective. Based on the discussions during this session, subsequent comments and a series of informal consultations held in June 2019, the Chair-Rapporteur will revise the draft and present the revision for additional review at the IGWG fifth session, 14–18 October 2019. 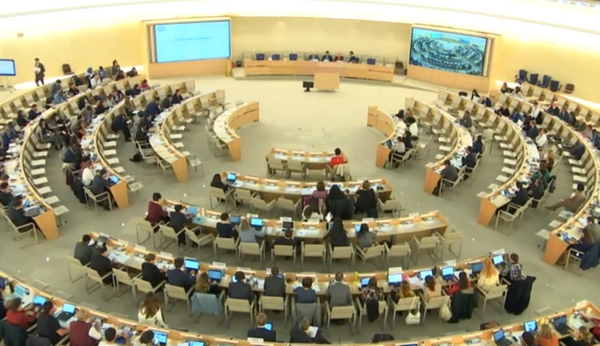 Background of the Intergovernmental Working Group

The IGWG, created by the Human Rights Council in June 2014 (A/HRC/RES/26/9), is part of a larger set of UN efforts to address human rights issues related to business enterprises. The IGWG’s mandate is “to elaborate an international legally binding instrument to regulate, in international human rights law, the activities of transnational corporations and other business enterprises.” Three years before the IGWG, the HRC had adopted the UN Guiding Principles on Business and Human Rights[1] and created the Working Group on the Issue of Transnational Corporations and Other Business Enterprises in June 2011 (A/HRC/RES/17/4). The Guiding Principles (GPs) were the ultimate result of a series of efforts to develop implementable standards for international business practices. The Working Group was established to promote adoption and use of the GPs by States and business. As described by the Working Group, the Guiding Principles “are a set of guidelines for States and companies to prevent, address and remedy human rights abuses committed in business operations.”[2] The Guiding Principles are comprehensive in their coverage of human rights issues, apply to all states and business enterprises, but, as guidelines, they are voluntary and rely upon the goodwill and individual interests of states and business for implementation. 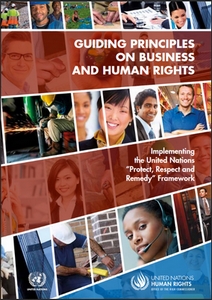 The creation of the Working Group with its broad mandate to promote the GPs and identify good practices and lessons learned for states and businesses[3] enjoyed broad support within the international community as demonstrated by the fact that the Human Rights Council created the group by unanimous consent. By contrast, the creation of the IGWG three years later was contentious and resulted in a deeply divided vote on its creation (20 in favour, 14 against, 13 abstaining). The states who supported the resolution generally are located in the Global South, plus China and Russia. They expressed their belief that the time had come to discuss a treaty instrument that would make business obligations toward human rights enforceable in international law rather than only voluntary as they currently are under the Guiding Principles. The states who opposed the resolution and creation of the IGWG are Western and other industrialized countries where many of the major transnational corporations are headquartered. These countries countered that the best way forward was to continue the voluntary approach of pursuing refinement of the Guiding Principles and their progressive implementation by states and business enterprises.

Although the IGWG is open to all states, many of the countries who opposed creation of the IGWG have chosen to limit their participation in its work or have refused to participate at all. Therefore, state participation in the IGWG has not included most of the world’s developed countries. Nevertheless, the business community has been actively engaged in discussions through the International Organisation of Employers (IOE),[4] and there has been enthusiastic participation by a large group of NGOs from across the globe,[5] including many from countries that have refused to participate in the IGWG.

The first three sessions of the IGWG focused on developing the “content, scope, nature and form” of the LBI,[6] while the fourth session consisted of a section-by-section review of the “zero draft” of the anticipated LBI. Below is a short summary of the main issues and comments to come out of the fourth session.[7] 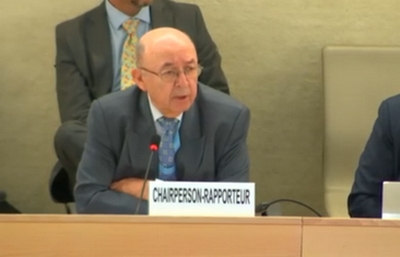 After addressing procedural items and taking opening statements from states, the IGWG began its main agenda of reviewing the proposed text of the “zero draft” binding instrument to regulate the activities of transnational corporations in human rights law along with the zero draft of an associated optional protocol. When bringing up a section or group of sections for discussion, the Chair first explained the background discussions that led to the draft language, then a group of experts presented their perspectives on the issues covered by the draft language. After the presentation, states and organizations offered comments and questions regarding the draft text, followed by the experts providing their closing thoughts based on the statements made by participants. 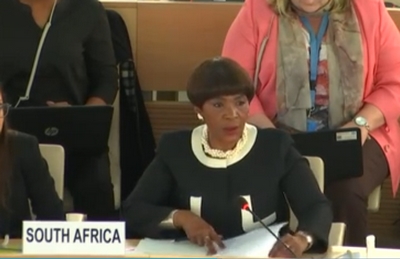 State participants expressed a range of opinions on the LBI and draft text. Most participating states supported the idea of the treaty but suggested many changes to the document. The states leading the process (e.g., Ecuador, South Africa) generally expressed repeated support for the treaty and the process but accepted that there were shortcomings in the draft that could be improved. A few states chose limited participation (e.g., New Zealand, Switzerland) and expressed scepticism about the idea of the LBI, preferring to achieve the goal of the LBI through the UN Guiding Principles approach. A few states (e.g., Russia, China) did not directly question the LBI idea, but their comments included recommendations for such significant change that it seemed they disagreed with fundamental concepts underlying the draft language. 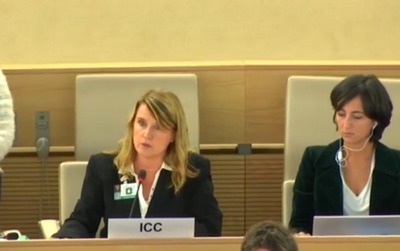 The business community participated primarily through the IOE, which submitted extensive comments that rejected the LBI and supported the UN Guiding Principles approach of voluntary mechanisms and soft law. Comments from the many NGO participants supported the idea of the LBI, especially as a means to recognize victims’ rights. Their main message was that human rights should always prevail over economic interests. Over the course of debate, several NGOs expressed support for a new international tribunal to adjudicate the claims contemplated in the draft LBI.

Several key issues generated the most discussion among participants. One prominent debate was regarding the types of businesses that should be covered by the LBI: Should it focus only on transnational corporations or include domestic corporations, and should state-owned or state-controlled companies be included? Another prominent issue was whether the scope of jurisdiction created by the LBI for state courts was too broad and whether it set up a problem of conflicting jurisdiction among the courts of different states. A related issue was how to address the problem of lack of venue where a state’s courts refused to exercise jurisdiction through the doctrine of forum non conveniens and whether the doctrine of forum necessitatis (allowing a court to exercise jurisdiction in extraordinary cases when there is no available venue) should be included in the LBI. On the issue of liability, there were questions about how liability applied for violations of human rights in conflict zones and occupied territories. In addition, some participants felt the inclusion of natural persons as potential subjects of liability presented complications. 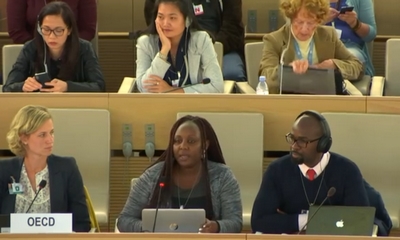 A number of issues were related to the process of adjudicating alleged human rights violations. One issue was clarifying the distinctions in how criminal cases should be handled versus civil cases. Another was whether class actions should have a mandatory class that a party could opt out of or a voluntary class to which a party must opt in. A proposed provision allowing for the shifting of the burden of proof from the plaintiff to the defendant generated many comments supporting the concept and many others questioning how it would work in practice.

Finally, there were a few issues related to the implementation of the LBI that generated significant discussion. One was whether the LBI should include a dispute resolution provision. A particularly thorny issue was enforcement and what enforcement mechanisms were needed. The zero draft included a treaty committee that was proposed to operate like other human rights treaty bodies, but some participants called for creation of an international tribunal to adjudicate claims raised under the LBI. With regard to the functions of the proposed treaty committee, participants debated whether its mandate should be limited to reviews of state parties or should be broader to include conducting studies or even doing investigations.

As the information presented at the IGWG session demonstrated, there are important issues related to the negative impact of transnational business activities on local communities and individuals in host countries. The exercise of discussing and developing an LBI is a useful means of working out many thorny legal issues and contemplating how a set of legal obligations could work in tandem with the voluntary Guiding Principles.

Geneva International Centre for Justice (GICJ) supports the IGWG efforts to develop an LBI and encourages civil society and all States to be actively involved in this effort as a means of obtaining justice for the victims of human rights violations by businesses. GICJ also suggests that attention must also be focused on the domestic political sphere because it will be difficult or impossible to implement the proposed LBI without broad acceptance by states, especially the home states of TNCs.

[3] Working Group on the Issue of Human Rights and Transnational Corporations and Other Business Enterprises, Office of the High Commissioner for Human Rights, https://www.ohchr.org/EN/Issues/Business/Pages/ WGHRandtransnationalcorporationsandotherbusiness.aspx (last visited 12 Dec. 2018).

[7] The full, official report of the IGWG’s fourth session is available here.