The road to chaos 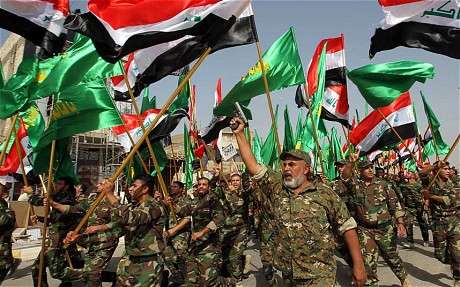 On the 5th August 2016, GICJ wrote to the United Nation High Commissioner for Human Rights to express its acute concern about the establishment of the militia organization called Popular Mobilization Front (PMF) as an independent military formation into Iraq’s military forces by Iraqi Prime Minister Haidar al Abadi. This decision implements the Office Order 91 issued by the Prime Minister on 24th February 2016.

The PMF was created in June 2014 after the Iraqi military and police forces were overwhelmed by the Islamic State in northern, central and western Iraq. Cleric Ali al-Sistani, described as the spiritual leader of the Iraqi Shia Muslims, then called out for Iraqis to support the collapsing security forces. Thousands responded to the call and joined the newly constituted militia umbrella organization, later called al Hashid al Shaabi, as well as several pre-existing Iraqi militias, including the Badr Brigades, created and supported by Iran.

Office Order 91 establishes the PMF as a parallel security organization to Iran’s Islamic Revolutionary Guard Corps and the precedents of the IRGC and Hezbollah give a clear idea of how al Hashid al Shaabi will expend its influence.

GICJ is highly concerned by the fact that this governmental order will further the already overwhelming domination of the militia groups over the Iraqi military forces. It is to fear that this decision will only worsen the attitude of the members of these groups and lead to even more violations against the civilian population.

Office Order 91 specifies that, as a counterterrorism apparatus, the PMF will directly report to Iraq’s Prime Minister. GICJ considers this fact highly worrying in the light of the abuses committed in the hands of these groups.

GICJ voiced its scepticism regarding the provision of Office Order 91 providing that the PMF will be an independent military formation, with no political allegiance at all. Indeed, the very nature of the militias included in the organization considerably hampers this affirmation and, in practice, nothing will really prevent the political parties from using the militias for their own agenda.

It has to be especially noted that all the militias included within the PMF were created, trained and funded by Iran. As a consequence, all of them hail from the same religious branch and their sectarian behaviour is as indisputable as worrying. The implementation of Office Order 91 will only exacerbate the already intricate situation. 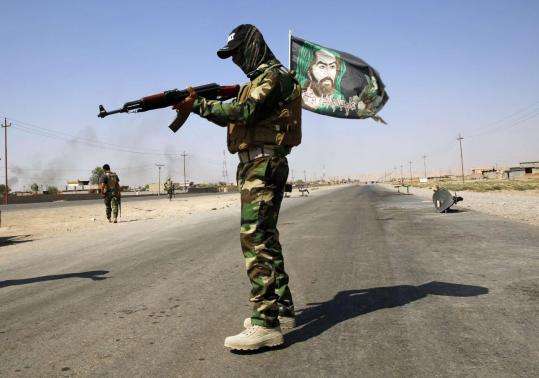 Despite the PMF’s claims that it is not a sectarian organization, the group is well known for its strong sectarian beliefs and brutality against other components of society, specially the Sunni community.  Thus, GICJ stressed out the impossibility to rely upon to these units to ensure the security and protection of the Iraqi people. It is, a fortiori, totally aberrant to integrate them into the Iraqi security forces.

GICJ is particularly appalled by the crimes being committed in the provinces of Diyala and Al Anbar in the hands of al Hashid al Shaabi, in total impunity so far.

The population of Diyala has been subjected, in the course of the recent years and especially in the beginning of 2016, to a massive campaign of intimidation and it appears evident that the abuses were intentionally targeting the Sunni Arabs. In this regard, GICJ outlined the fact that the crimes committed and the circumstances in which they are occurring, undoubtedly constitute the abhorrent international crime of ethnic cleansing.

The Al Anbar province has been severely affected as well. The city of Fallujah witnessed a comprehensive military operation in May 2016, allegedly to liberate the city from the so-called Islamic State of Syria and Iraq. Under this cover, the militias have been carrying out abductions, arbitrary detentions and other atrocious practices of torture against the civilian population. GICJ received numerous testimonies reporting verbal and physical abuse, often the preannouncement to a violent death.

GICJ affirmed, once more, that contrary to what Iraqi authorities are claiming, these acts are not isolated events. On the opposite, they are part of a policy of widespread and systematic violence, largely based on sectarian motivations. GICJ’s sources on the ground collected testimonies from people who managed to escape from the militias, all of them confirming that they were targeted because of their religious background.

The militia groups currently benefit from total impunity for all the crimes they have and continue to commit. The Iraqi government, tacitly complicit, did not take any measure in order to bring to justice the criminals and to prosecute them accordingly. Accountability remains absent and GICJ believes that Office Order 91 does not augur anything better. Indeed, it is to fear that by incorporating the PMF into the regular security forces, it will further secure the de facto immunity granted to the militias so far. By officialising the position of al Hashid al Shaabi as an independent military formation, the Order will impede any future criminal proceedings.

In the light of the above-mentioned background and taking into account the atrocities perpetrated by al Hashid al Shaabi, GICJ urged all United Nations human rights bodies, especially the High Commissioner for Human Rights, to pressure the Iraqi government to put an end to the current impunity granted to the leaders and members of al Hashid al Shaabi and bring all the perpetrators to justice.

GICJ demanded that the UN Special Rapporteur on extrajudicial, summary or arbitrary executions focuses on the violations of al Hashid al Shaabi in his upcoming report to the Human Rights Council.

GICJ called on the UN Working Group on enforced disappearances to instigate into all the disappeared persons in Iraq in the hands of the militias.

Finally, GICJ reiterated its demand to the UN relevant bodies, mainly the High Commissioner for Human Rights, to do anything in their respective mandate to dispatch an independent mission of inquiry to investigate into all violations committed by the militias, in particular concerning the allegations of extrajudicial, summary or arbitrary executions, torture and other cruel, inhuman and degrading treatment, arbitrary detention and enforced disappearance.