It is a shame to cooperate with militias and Qasem Soleimani 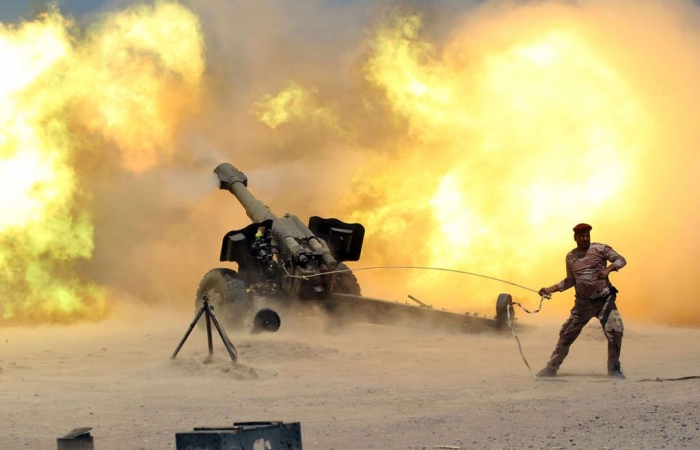 On 27th May 2016 Geneva International Centre for Justice (GICJ) sent a letter to Mr Barack Obama, President of the United States of America to express its deep concern for the dramatic consequences of the aerial bombardment campaign carried out by the American air forces against the city of Fallujah, Iraq.

GICJ is in strong favour of the elimination of terrorism, but it is convinced that killing innocent people, destroying entire families and everything they own, will never possibly help to achieve such goal.

On the first day of the attack (Sunday 22nd May 2016) our Iraqi sources on the ground reported the death of 11 members of one family. During the next day (Monday, 23rd May 2016), Fallujah Teaching Hospital declared to have received the bodies of 10 victims (including five children and three women), as well as 25 wounded (including twelve children and eight women). On Tuesday 24th May 2016, 16 more civilian deaths and more than 40 injured have been reported, mostly children and women. While the casualties among civilians are on the rise, the Fallujah Hospital has also been repeatedly bombed by aerial missiles on Wednesday 25th May 2016 and Thursday 26th May 2016, causing several damages to the building as well as the destruction of essential medical equipment. This will deeply undermine the possibility of civilians to receive healthcare, as this is the only medical centre left in the city after the 2004 bombing, carried out under the Bush administration.

In the meantime, by doing so, US is openly supporting the many pro-government militias which are using the “fight against ISIS” as a pretext to carry out policies of ethnic cleansing against the population. Their sectarian purposes were confirmed by many statements from military commanders and leaders of affiliated militias under the so-called al-Hashd al-Shaabi (Popular Mobilization Forces), as well as religious leaders accompanying them, which have encouraged their members to “destroy the city and have no mercy towards civilians”. Moreover, the participation on ground of Qasem Soleimani, commander of the Iranian Quds Forces and widely known terrorist, makes US support even more controversial.

It is a fact that the American air campaigns are so clearly damaging Iraqi citizens, not just by the direct bombing, but also by empowering and legitimising the atrocities committed at the hands of the militias, while they have not helped reduce the threat of terrorism.

Whereas GICJ strongly agrees that terrorism must be fought, so that a safer world can be left to the new generations, GICJ also strongly opposes this deadly approach to achieve such purpose. The United States of America should immediately change its strategy into one that follows the values of international law and human rights law.

GICJ would also like to remind that terrorism arises out of outrage and hate, which, in turn, are fostered by such tragedies. The people of Iraq have suffered unimaginably for decades, as a result of the comprehensive sanctions, the 2003 illegal invasion and subsequent occupation as well as the sectarian system imposed upon them, and had no chance to have their cries heard. GICJ, with this letter, is hoping that their voices may be finally louder than bombs.

To read a copy of the letter sent by GICJ to Mr Obama, click here.