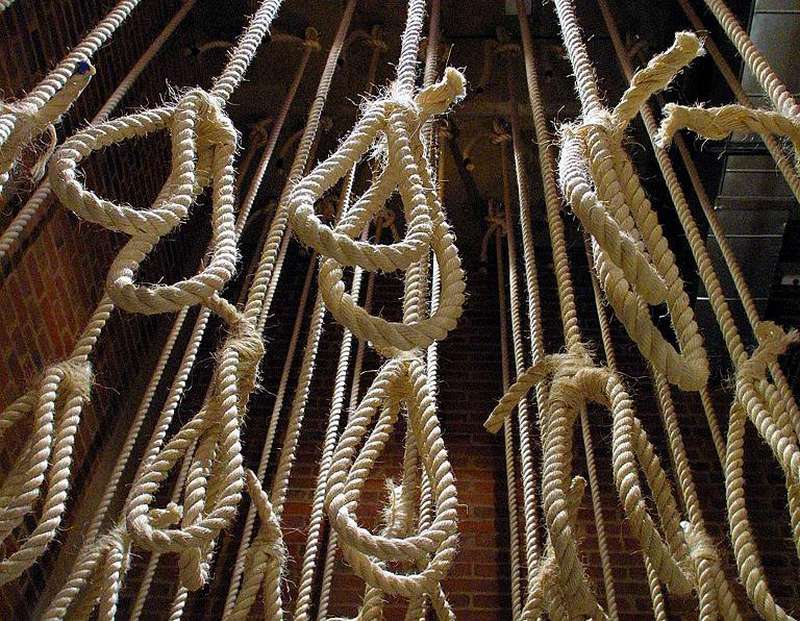 In October 2013 a new wave of executions was carried out in Iraq, during which 42 people were executed within only two days. This brings the number of people executed until October 2013 to a terrifying total of 140, with no end in sight. The executions were slammed in strongest terms by the United Nations Human Rights office, who called on the Iraqi Government to immediately halt all executions, saying the country's justice system was too flawed to allow any use of capital punishment and urging for an immediate death penalty moratorium in Iraq.

With regard to the latest wave of executions GICJ sent an urgent appeal to the United Nations High commissioner for Human Rights, Navi Pillay, who in her opening statement statement of the 24th session of the Human Rights Council on 9 September 2013 had already criticised the Iraqi governments' refusal to respond to UN calls for a moratorium on the death penalty and instead continues to periodically execute people in batches despite the immense miscarriage of justice as a result of a systemic weakness in the Iraqi criminal justice system.

In its appeal GICJ provided further background information on the utmost deficiency of the Iraqi criminal justice system and warned that recent executions might only be the tip of the Iceberg in view of future plans by the Iraqi government to accelerate and even simplify the process of other death sentences. The new wave of executions from October 2013 only proves that the Iraqi government is determined to stay true to its words.

The Iraqi government is never short to officially justify executions on the pretext of combating terrorism. Such official justifications are grounded in the politicised Article 4 of the Anti-Terrorism law No. 13, which was passed by the unelected Iraqi National Assembly in 2005. The definitions of crimes and perpetrators however lack in clarity and are susceptible to interpretations that are based on subjective politicised legal justifications. Many of the acts for which the death penalty can be imposed further don’t fit into the definition of most serious crimes.

A modern witch hunt without any quality of proof

Because its broad application scope the anti-terrorism law is frequently seen as a tool for legally pursuing political opponents. It leads to a modern witch hunt without any quality of proof. Not for no reason the Iraqi Parliament’s speaker Osama al-Nujaifi thus called the article “a sword held to the necks of Iraqis”. This point is aggravated by the fact that article 5 of the Anti-Terrorism Law pardons anyone who provides information that contributes to the arrest of the criminals or prevents the execution of the operation before a crime is discovered or during its planning.

Even if the claim that those being executed are terrorists is commonly used, the real issue at hand is that everyone, regardless of what they are thought to be, has the right to due process and fair trial. Until 2013 the Iraqi criminal justice system is flawed and inhumane on all levels. Trial proceedings fall short of international standards, abuses of due process, and convictions based on confessions enforced under torture are common practise, ignoring the legal principle of “innocent until proven guilty” and the jus cogens of Freedom from Torture. Over the past years many international human rights organizations, including the High Commissioner for Human Rights Navi Pillay herself, thus expressed serious reservations about the criminal justice system in Iraq.

Record executions might just be the tip of the iceberg

Record execution rates in Iraq in 2013 however might just be the tip of the iceberg. In early August 2013 the Iraqi Minister of Justice Al-Shammari announced on Iraqi television that at present 1200 prisoners are languishing on death row. He stressed the Iraqi government’s determination, not only to continue these executions, but to accelerate and simplify the process of other death sentences, stating that there were still some legal obstacles to overcome but that the government of Iraq was firm on its decision to overcome these obstacles. With such words he revealed plans to amend the Iraqi Criminal Proceedings Nr.23 of 1971, which until present provides basic human rights to accused and is according to many Iraqi lawyers is one of the best existing Iraqi laws compared to international standards.

Another aggravating factor is that in addition to such plans, an official mass arrest campaign called “Thar al-Shuhada” or also “Martyr’s Revenge” was introduced by the Iraqi government in August 2013, also under the disguise of combating terrorism. This campaign provides an even broader ground for justifications of arbitrary arrests and executions of regime opponents, political critics or peaceful demonstrators. Already in August 2013 GICJ had submitted an urgent appeal[2] to the High commissioner for Human Rights, in which it warned about the sectarian characteristics of the campaign and the enduring consequences such an arrest campaign might have on further executions in Iraq, since the direct implications of the “Martyr’s campaign” are arbitrary arrests and sentences of severe punishment for civilians and innocent persons allegedly suspected of terrorism.

Such concerns were shared by the spokesperson for the Office of the UN High Commissioner for Human Rights, Rupert Colville, who, following the executions in Iraq in October, told reporters in Geneva that the Iraqi Government’s actions were undermining efforts to build a more stable, less violent society in Iraq and pointed out that the recent executions were “particularly perverse” as the World Day against the Death Penalty had just been one day before. In his view, Coleville further said, the claim that using the death penalty can help deter terrorism is clearly exposed as a fallacy, given the soaring casualty rate in Iraq, which has occurred over roughly the same period as the dramatic and shocking increase in the use of the death penalty.

Since a long time the increase of executions in Iraq has already been followed with great concern by GICJ, who in numerous reports, appeals and statements continuously called on the United Nations to take immediate action and send a clear message to the government of Iraq that it can no longer execute at will and with impunity. One of the latest statements on this issues was delievered by Daniela Döges from GICJ on September 10, 2013, in the Human Rights Council during the General Debate under agenda item 2 "Update by the High Commissioner".

Condemnation is not enough

Along with many international bodies and human rights organisations as well as the High Commissioner for Human Rights herself, GICJ stands in strong condemnation of the execution practises in Iraq. GICJ therefore appreciates the repeated international calls for a death moratorium in Iraq, however condemnation is not enough.

Until this day the government of Iraq has persistently ignored international law and outcries and shamelessly insisted to follow its own, inhumane praxis. Concret action is a  matter of life and death against the sword of Damocles hanging over the more than 1200 prisoners languishing on death row in Iraq today.

In this regard GICJ urged the High Commissioner to undertake immediate action to ensure that the Iraqi government obeys the international rules of law and foundational principles of human rights law and requested the UN Human Rights Council to immediately uptake an independent investigation into current and past executions carried out under the smokescreen of fighting terrorism, as well as to investigate the legality and adherence to international standards of the 2005 Anti-Terrorism Law.

To this end GICJ insisted that the UN Human Rights Council must follows its obligation under international law to protect human rights, increase its pressure and convene a special session on human rights in Iraq as soon as possible and finally follow the countless calls of hundreds experts and NGOs to appoint a UN Special Rapporteur on Iraq.

GICJ & 300 other NGOs have submitted 5 reports on the human rights situation in Iraq. These reports were issued by the Secretariat of the Human Rights Council together with the official documents of the 24th session of the Council: