Geneva International Centre for Justice (GICJ) appealed to the United Nations High Commissioner for Human Rights to seek help on behalf of the demonstrators who have been killed or who are risking their lives every day to demand legitimate political change.

In its letter dated 19 February 2020, GICJ asked the High Commissioner to take action regarding the great number of demonstrators who have been killed by the government, whether at the hands of security forces or militias. We have been receiving daily reports from the demonstration areas in the country confirming that the violations are widespread. This increased, systematic, and widespread attack by the Government against its own population is very alarming and needs to be addressed by the international community.

Our appeal reiterated that the protests, which were largely peaceful, were met with a violent and indiscriminate response ever since they began. Most notably, protestors were targeted with tear gas canisters used as projectiles at either their heads or chests resulting in gruesome fatalities cluttering the streets. Security forces beat and stripped protesters of their clothing. Prison guards tortured detainees and threatened to hurt their families. Young children are among the victims.

We have also examined videos made by the militia threatening the demonstrators with sexual violence. As of the date of the appeal, the total number stood at more than 800 protesters killed, more than 700 abducted, while more than 25,000 have been injured, around 4,000 of which have permanent disabilities.

The letter further explained that new developments suggested that the situation will not end anytime soon. On 1 February 2020, in a desperate attempt to appease the demonstrators, yet keep the current system alive, Iraqi President Barham Salih nominated Mohammed Tawfiq Allawi as Prime Minister. The demonstrator committees affirm that this nomination is utterly insufficient and has done nothing to calm the demonstrators, who remain defiant unless the whole sectarian regime is changed. 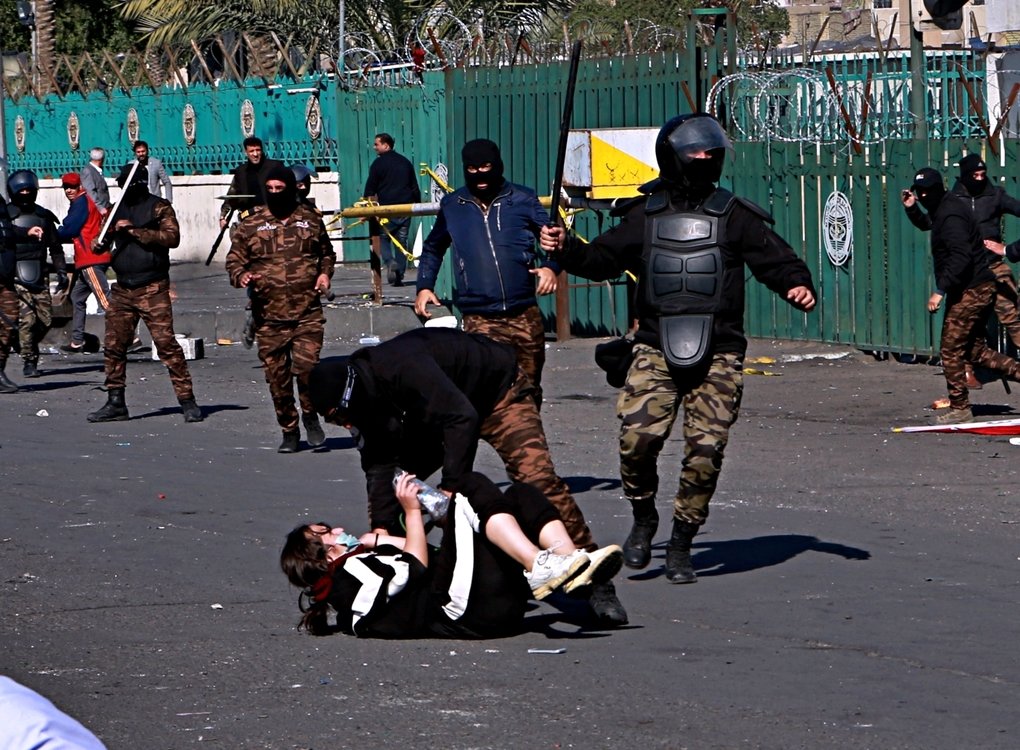 GICJ made absolutely clear that demonstrators protest the ethnic-sectarian quota system, and call for a democratic and sustainable political system, free from sectarian influence and its web of corruption, as well as free from Iranian influence.

The government is unable to protect the demonstrators so long as it is influenced by factions and militias. Our hope is that the High Commissioner will understand that after 5 months, calls for the government to act are completely futile given the links between the government and those regarded as responsible for the killing.

Our appeal stated that the time had come for international action, such as an investigation as the only path towards accountability in Iraq. Additionally, the letter appealed to the High Commissioner to request that the Human Rights Council allocate a Special Sitting to discuss the issue during its 43rd Session, starting on 24 February until 20 March 2020.