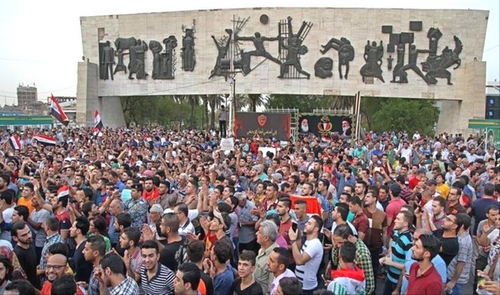 Geneva International Centre for Justice (GICJ) condemns the killing of protesters and renews its call for the UN and international community to pressure the Iraqi government to stop punishing protesters and begin addressing their demands for a decent and dignified life. Since mass protests erupted in Iraq on 1 October 2019, GICJ has been updating UN human rights bodies and calling for action to protect demonstrators and address the many problems being ignored by the government.

Today, 25 October 2019, thousands of protesters are again demonstrating in Iraq against the failure of their government to provide basic public services, address corruption, and protect their fundamental human rights. As occurred during protests earlier in the month, the police and security forces met the protesters with tear gas followed by live ammunition. In Baghdad alone, 12 protesters have been killed today and over 1000 people have been wounded. Six of those wounded by bullets were journalists. These numbers are still growing as new information becomes available. Many have also been killed and injured in other parts of the country.

We welcomed UNAMI’s recent report on this month’s demonstrations that concluded that many human rights violations have been committed by the government and its security forces; however, it has resulted in no real action. While we agree with Special Representative Hennis-Plasschaert’s call for protests to remain peaceful, which they have been on the part of the demonstrators, we are extremely disappointed with the UN’s weak position and lack of action during this month’s protests. 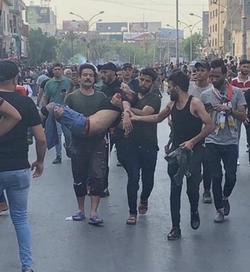 It has been made clear through countless demonstrations over the past two years that the people of Iraq can no longer live without jobs, clean water, reliable electricity, and basic medical services. Since the government of Iraq has failed to address these issues and has failed to end to the endemic corruption that prevents the redevelopment of the country, the people of Iraq are now demanding an end to the current government and the sectarian quota system that supports it. They seek a new “Salvation Government” to be created by the people that will reflect the desires and needs of the people. Iraqis need the support of the UN and the international community – and they need that support now.

GICJ once again condemns the actions taken against protesters and calls on the international community to take a firm stand. The continuation of human rights violations by the Iraqi government without clear international condemnation marks a serious imbalance in the international justice system. Failing to act deepens the United Nations’ double standard toward Iraq and sends a negative message that undermines the credibility of the United Nations everywhere in the world.