On the International Day of the Victims of Enforced Disappearances, 30 August 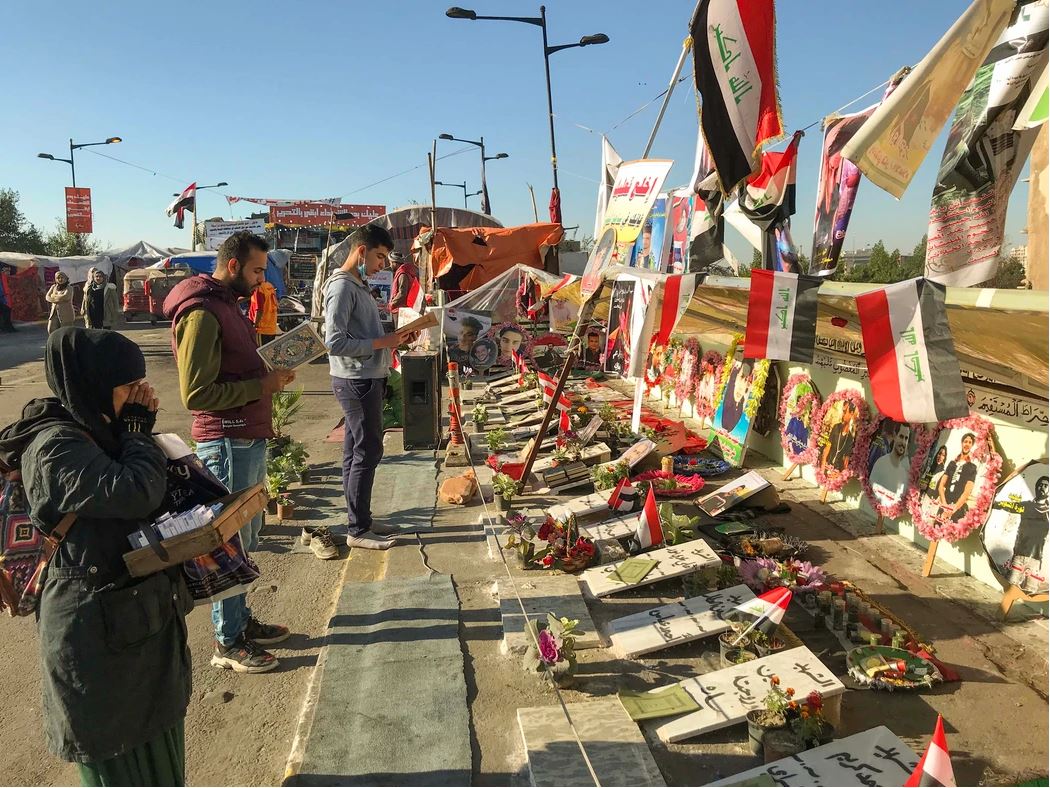 This year’s International Day of the Victims of Enforced Disappearances, 30 August, offers no promises and brings no cause for celebration for the Iraqi people. There has been no progress in ascertaining the circumstances or whereabouts of disappeared persons in Iraq, neither truth nor justice for them or their families. What prevails in Iraq is a situation that mocks the very existence of an international day for victims of enforced disappearances, a situation of impunity and continued violations. The Iraqi government does not deliver on its promises of accountability and the international community has turned away from the realities on the ground, with the widespread and systematic disappearances of thousands of Iraqi people occurring with total impunity.

For years, Geneva International Centre for Justice (GICJ) has extensively reported to the United Nations relevant bodies on the systematic and widespread crimes of enforced disappearances in Iraq.

GICJ will never forget and will continue to fight for justice for the victims of enforced disappearances:

In 2015, civilians were systematically disappeared from Al Anbar province while fleeing the violence and control of ISIS. Thousands of people reached the Bzebis Bridge seeking entry to Baghdad; however, the Iraqi government refused them entry. Militias controlling the checkpoints around the area then abducted 2200 persons and subsequently, refused to acknowledge that they were in their custody. Despite calls from the local authorities in Al Anbar province, several members of the Iraqi government who were aware of the abductions did nothing to discover their whereabouts. According to information gathered, the main perpetrators of these abductions were Kata'ib Hezbollah and Asa’ib Ahl al-Haq.

On 27 May 2016, the militia organization called “Risaliyon”, under the command of the Iraqi parliament member Adnan Al Shahmani, abducted 73 men from the city of al-Karmah who had escaped ISIS and took them to a secret location.

On 22 May 2016, Iraqi security forces, backed by hundreds of militias and well supported by a US-led air coalition, launched an attack against Fallujah. Between 2 and 5 June 2016, during the fighting in Saqlawiya, a small city 20 km west of Fallujah, over 1,000 civilians fled. 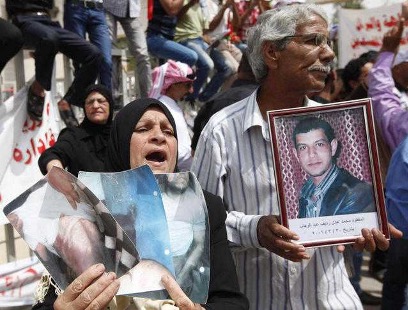 They sought the assistance and help of the nearest military unit, but discovered that this unit was the Al-Hashad al-Shaabi militia. Of these, hundreds were executed or died from being severely tortured, while others disappeared.

GICJ has documented 643 of such cases. These facts were confirmed by the local authorities in Al-Anbar province, and Mr. Ján Kubiš, then Special Representative of the UN Secretary-General and Head of the UN Assistance Mission for Iraq, in a briefing of the Security Council held on 15 July 2016. It was also confirmed by Mr. Zeid Ra’ad Al Hussein, then UN High Commissioner for Human Rights, in a statement on 5 July 2016. Despite the overwhelming evidence of these abductions, the Iraqi government has not acknowledged them and has not made any real efforts to find the disappeared persons. The abductions were mainly perpetrated by Kata'ib Hezbollah, Asa’ib Ahl al-Haq and Badr brigade, with the knowledge and cooperation of the Iraqi forces.

Before the end of January 2015, the Iraqi military forces announced the full liberation of all the areas under ISIS control in the province of Diyala. Several militias, mainly Asa'ib Ahl al-Haq, Badr brigade, Saraya Al Salam and Kata'ib Hezbollah, took advantage of the tense situation to seize control of all the province’s resources. In doing so, they prevented a large number of displaced citizens from returning to their homes, particularly the residents of Muqdadiyah and the Sinsil Bassin which includes more than 33 villages.

Abductions, often targeting young people, were among the many methods used by militias to intimidate people. This campaign continued for more than a year, whereby hundreds of people had been abducted by governmental units and the militias, and to the present date, their whereabouts remains unknown. This was aggravated by other incidents in 2019 of forced displacement in several villages of Abi Sayda city. The events unfolding in Diyala were part of a systematic policy implemented by the Iraqi authorities through its affiliated militias that aimed at displacing Sunni Arab residents and to provoke a forcible demographic change within the Diyala province. As a result, the number of disappeared persons continues to grow each year.

By 14 November 2014, the Iraqi government declared that Baiji city was liberated from ISIS control. The destruction to the city forced much of the population to leave, under the pressure of the militias. The militias abducted more than 200 persons from the city and the surrounding villages. Their whereabouts remains unknown.

Al Dour was also recovered from ISIS by the Iraqi government and militias in the first week of March 2015. However, the militia, mainly Kata’ib Hezbollah, used the operation as a pretext to destroy most of the city. They burned houses, villages, and farms. They abducted 300 persons; most of them were men from specifically targeted families. Their whereabouts remains unknown.

GICJ Executive Director Naji Haraj, speaking on the crimes of enforced disappearances in Iraq at the 42nd session of the UN Human Rights Council, September 2019.

Throughout the anti-government demonstrations raging in Iraq since the beginning of October 2019, there have been a growing number of demonstrators, human rights defenders and journalists forcibly disappeared. It is almost certain that the killings and abductions are being carried out under Iraqi government orders, whether carried out by government security personnel or affiliated militias.

Enforced disappearances, especially of civil activists and members of the press, have become widespread. At the end of January 2020, we registered over 150 cases of abductions and assassinations of human rights defenders and civil activists. Most of the cases occur while these activists were returning to their homes from demonstrations. The whereabouts of many of these activists remains unknown. 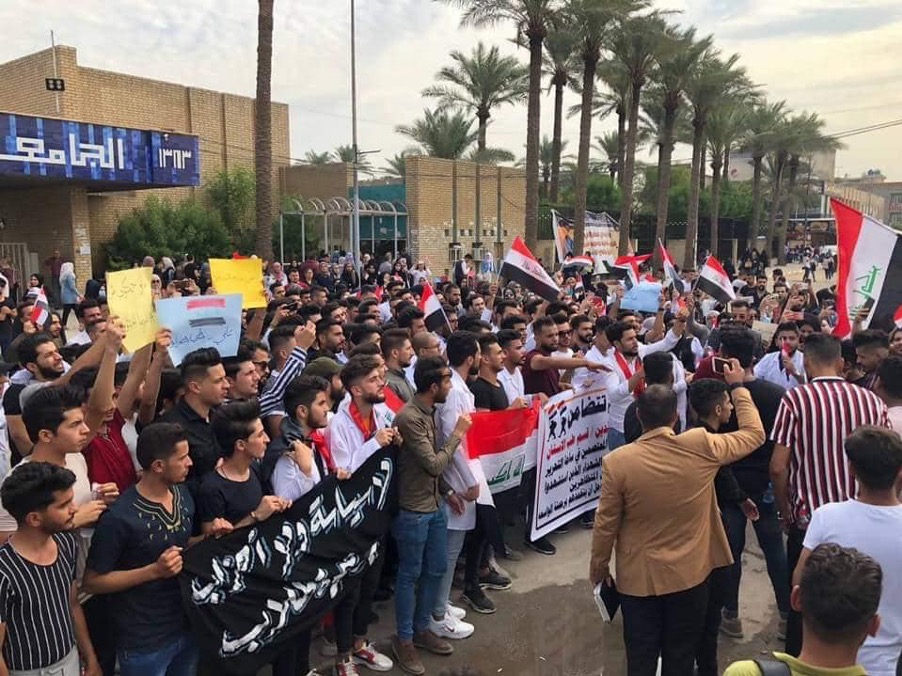 Iraq acceded to the International Convention for the Protection of All Persons from Enforced Disappearances (ICED) on 23 November 2010 but has failed utterly and completely to fulfil its obligations thereunder. ICED imposes a positive obligation on States to take all appropriate measures to search for, locate and release disappeared persons and, in the event of death, to locate, respect and return their remains. Instead, the Iraqi government has endeavoured to divert international attention and scrutiny into these enforced disappearances through ingenuine responses and masterful attempts at constructing an alternative reality. A clear diversion is the Iraqi government’s establishment of a defunct “Missing Persons Section” in the Human Rights Department of the Ministry of Justice which has not done anything material to ascertain the whereabouts of disappeared persons. Another clear example is the Iraqi government’s denial of the existence of secret detention centres, which is blatantly untrue.

On International Day of the Victims of Enforced Disappearances, GICJ calls on the international community to condemn the situation of enforced disappearances in Iraq and revive sustained pressure on the Iraqi government to fulfil its obligations under ICED. The Iraqi people demand truth and justice for victims, which includes the disappeared, their families and communities.