In wake of the current attack and killing of demonstrators in Al-Hawija, GICJ has sent an urgent appeal to the UN High Commissioner for Human Rights, the Special Rapporteur on extrajudicial, summary or arbitrary executions and the Special Rapporteur on freedom of peaceful assembly requesting that immediate action be taken with regards to these new grave human rights violations perpetrated by the government of Nouri Al-Maliki.

For the last four days, 4,000 peaceful demonstrators in Hawija have been surrounded by army troops, sent by Prime Minister Nouri Al-Maliki, who have prevented all access to food, water and medical aid. Access to all forms of media including journalists and news casters has also been prevented and anyone who was inside had their equipment confiscated. 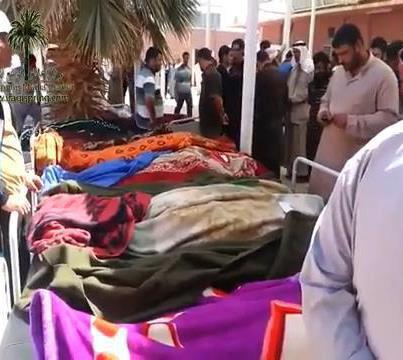 GICJ has informed UN officials that the army and militias stormed the demonstration area at about 5 a.m. Iraqi time, Tuesday, 23 April 2013, attacking protestors who have been demanding that their basic rights be respected. This was a direct attack where forces went in and began to shoot heavily and indiscriminately using live ammunition, tanks and helicopters. Forces also brought in trucks with water hoses and hosed demonstrators down using extremely hot water, causing serious burns and deaths. According to our direct source in Hawija, at least 50 demonstrators have been killed, an additional 150 injured, and more than 400 have been arrested. Forces were also reported to have attacked the injured and set fire to civilian vehicles.

GICJ further informed that Iraqi officials have publicly admitted the death of 20 demonstrators, but our local sources confirmed that casualties numbered 50. As a matter of fact, the local hospital in Hawija was so overwhelmed with those injured that people had to be sent to the city of Karuk for medical care. Also, according to sources on the scene, after Iraqi forces took control of the area where protestors were gathered, they brought in military weapons and dispersed them around the vicinity in order to be able to accuse the protestors of being armed and violent. This claim of possessing weapons or inciting violence was vehemently denied by demonstration organizers who assured the peaceful nature of the protest.

Frustrated with living in fear and in constant violation of their rights, the people of Iraq took to the streets to demand that their basic human rights be respected. Their action took the form of peaceful demonstrations, which began on 25 December 2012 in Al-Anbar province. Since then, the demonstrations have grown in geography, expanding to cities throughout the country, and in number with hundreds of thousands of participants. The protests first called for the release of female detainees who are subjected to inhumane treatment, but now encompass a range of demands including the immediate release of fellow protestors; the abolition of anti-terrorist laws; the cessation of house raids without legal warrant and the end of financial, administrative and legal corruption. 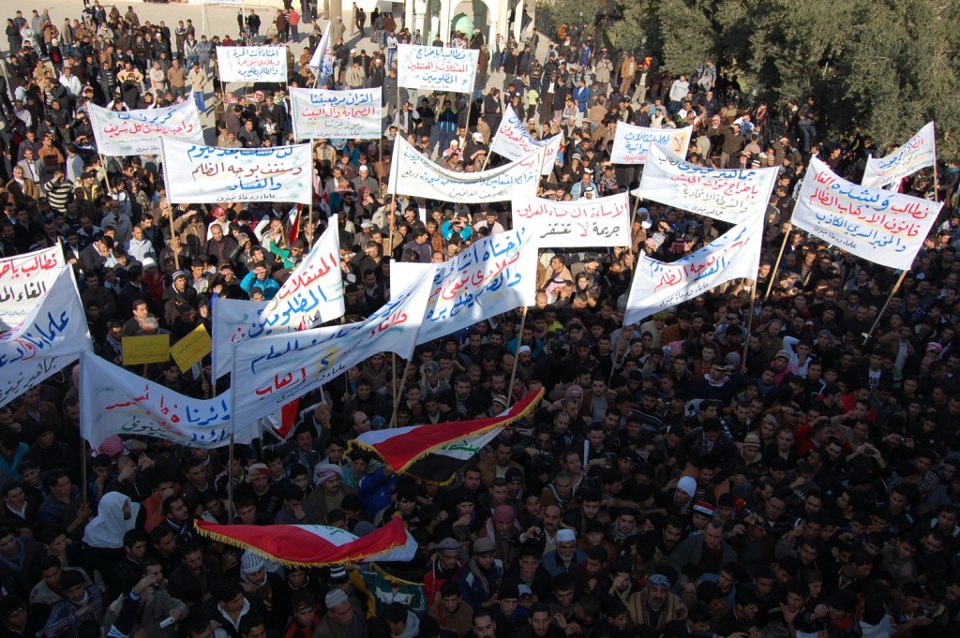 The authorities led by Prime Minister Nouri al-Maliki have responded to these peaceful demonstrations with the use of threats and violence on many occasions. This behavior is in direct violation of international law: Art. 19 of the Universal Declaration of Human Rights guarantees the right to freedom of opinion and expression, as does Human Rights Council Resolution 15/21, which reaffirms this right and recognizes further relevant rights.

In their attacks forces have injured, killed and arrested hundreds, violating the right to life and the right to be protected from arbitrary detention. This is not the first time that demonstrators have been subjected to threats, attacks and violence by Iraqi forces. This has been occurring since the onset of demonstrations in December. In January for example, Iraqi army forces opened fire and used batons on demonstrators in Mosul in attempts to disperse them. On 25 January, forces killed 7 demonstrators and injured an additional 60 in Fallujah. Only last week Iraqi forces prohibited all vehicle movement on Samarra’s streets and fired at any moving vehicles. Roads from Karma to Fallujah were blocked off, preventing the passage of citizens and arresting some. On Friday, 19 April, they blocked all roads leading to the protest square in Hawija and fired at protestors, near the Silo Checkpoint, killing one and injuring four. Medical treatment was withheld from those injured. 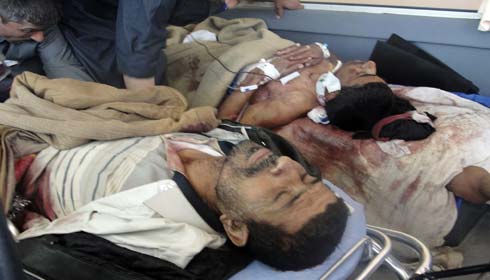 It was from this point on that the situation in Hawija escalated, terminating in the abovementioned massacre. The situation is especially worrying in light of the fact that at the very moment of writing this letter, Iraqi forces are expanding their operations and attacks on demonstrators to other Iraqi cities, putting thousands of innocent lives at risk.

Recently, General Ali Ghaidan Majid, Iraqi Land Forces Commander, openly threatened protestors around the country affirming that he is both authorized and determined to take serious actions against all demonstrators, calling them terrorists and Ba’athists. This is a commonly used excuse by Maliki and his forces to arrest, detain, torture and execute citizens.

GICJ considers that every aspect of what has occurred in Hawija is in direct violation of international law and human rights law. We urgently request that all appropriate action be taken to ensure that the Iraqi authorities and their forces cease all attacks, threats and intimidation of peaceful demonstrators and that those who are responsible for these violations be brought to justice.

GICJ also urgently requested that an independent international mission be immediately established to thoroughly investigate the current attack in Hawija and all previous attacks and that a Special Rapporteur on the human rights situation in Iraq be appointed.

Statements by other organisations condemning the massacre of Al-Hawija