Iraq : The new vice president of the HRC with a shocking human rights record 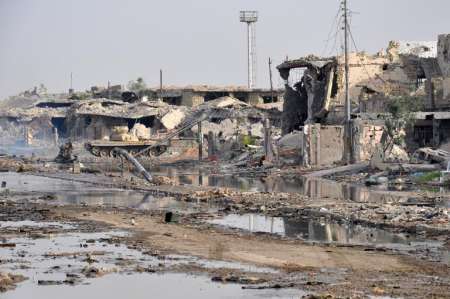 The Organizational Session for the 11th Cycle of the Human Rights Council (HRC) announced on 5th December 2016 that Iraq will be one of the four elected vice-presidents of the Council as of January 2017. The country, whose mandate in this position will last over the course of the entire year (up until the 31st of December 2017), has been appointed in representation of the Asia-Pacific geographical area. The other three mandate-holders will be respectively Egypt for Africa, Switzerland for Western Europe and Georgia for Eastern Europe.

Despite the role of the Bureau is mostly that of a facilitator during the different debates between states, main actors of the Council, and that its responsibilities are limited to procedural and organisational matters, it is still an undeniably prominent position to hold within the United Nations system. The countries appointed become, in fact, the ultimate face of the Human Rights Council, with all the principles and values this fundamental organ embodies.

In this context, Geneva International Centre for Justice (GICJ) is very doubtful that Iraq, a country with a disheartening human rights record, really deserves to hold such a distinguished status. Already not convinced by its election as one of the 47 Member States of the HRC in October 2016, GICJ is uncertain whether this role will have a positive or a negative impact on the human rights situation in the country.

Iraq has, in fact, a long history of denial for its disgraceful approach to human rights. Since 2003, the situation in the country has deteriorated unimaginably, from a serious conflict and post-conflict state to one of perpetual chaos. Amongst the top executioner countries in the world, Iraq is also a leader in extensively using torture against its citizens, depriving them from their rights to freedom of expression, to peaceful assembly and even to a dignified life out of fear and violence.

The past few years have witnessed a scary increase in sectarian violence, especially since the onset of the fight against ISIS, guilty too of terrible crimes. Hundreds of Iranian-funded militias, supported by the government, have been attacking the civilian population and perpetrating appalling violations against them. Arbitrary detentions, enforced disappearances, extrajudicial killings, property destruction and physical and verbal abuse are in fact a daily reality for Iraqis, especially for the Sunni component of society.

Over 3.1 million people in the country are internally displaced due to the different conflicts on ground, with over 10 million in need of humanitarian assistance . It is fair to say that most people in Iraq are lacking access to basic means of survival, including water, food and medical care. The enjoyment of social, cultural, political and economic rights is today only a bitter memory of better past days.

At the same time, we have a government which is not only disregarding the situation, but actually contributing to make it worse by waging destructive wars against its cities and citizens in a blatant pretext of fighting terrorism. With one of the most corrupted and dysfunctional judicial systems in the world, Iraq detains, torture and executes individuals in batches on solely political and ethnic grounds.

Despite Iraq’s unwillingness and inability to preserve even the most basic of its people’s rights, the country steadily holds its seat within the Council, portraying its human rights record as one to be proud of.  GICJ is therefore worried that the appointment of Iraq as vice-president of the HRC will not only undermine the credibility of the body, but it will also provide another pretext for the country to ignore once more the human rights violations occurring on its soil.

Indeed, we understand that the presidency and vice-presidency rotate among different regional areas each year in order to make the Council a more inclusive and representative organ. However, GICJ strongly believes that this position should be allocated on a more meritocratic basis. This would perhaps encourage countries like Iraq to show more commitment towards human rights and eventually slightly deter the overall hypocrisy of certain member states on the matter.

GICJ would like nevertheless to conclude on a more optimistic note, that is the hope that the government of Iraq will take this important mandate as an occasion to review its human rights record and implement policies which are more reflective of what are the values and principles of the Council that it will soon represent.

From its part, GICJ will continue to bring to the attention of the Council the serious human rights violations in Iraq, even more so in light of the newly acquired position. As not only a member state, but vice-president of the HRC, Iraq shall be reminded of its international obligations towards the respect and protection of human rights as well as the need for accountability and renovated justice for its citizens.