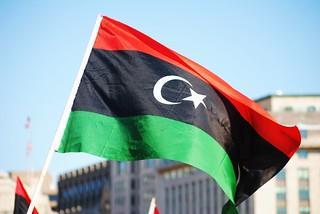 On the 14th of December 2022, Ms. Reem Alsalem was invited by the Government of National Unity (GNU) of Libya to assess the violence against women and girls for an eight-day visit. It was noted she left “feeling deeply disturbed at the widespread, systematic, and grave levels of violence faced by Libyan women and children, including girls” [1]. Due to Libya’s political instability and current legal frameworks, the government cannot uphold its international human rights commitment that Libyans are equal before the law and enjoy equal civil and political rights.

The UN Expert recommended that Libya reform legislation to include prevention and response mechanisms on violence against women and children, as well as ending impunity and supporting opportunities for economic and political participation for women [2]. To ensure justice to victims of violence, addressing widespread impunity is essential in Libya’s policy process. Adopted legislation to end violence against women and children must include Libyan and non-Libyan women in order to address the full scope of violence.

Alsalem visited the country from the 14th to the 21st of December 2022 to examine the systematic causes of violence against women and children. Her priority was to focus on nationals, refugees, asylum seekers, and other migrant women and girls. The UN Special Rapporteur’s statement mentioned that there are alarming levels of femicide and physical, economic, and political violence against women in public and private places [3]. These acts are committed by family members and persons associated with the authorities. Women who go against Libya’s social norms and express political opposition are at high risk of kidnapping, torture, sexual violence, and femicide. Further, Non-Libyan women and girls are also affected by the continuing in-country conflict, creating a higher risk of incidents of sexual violence from armed groups, abduction for ransom, trafficking, forced labour, and unlawful killings. In addition, detention centers, where refugees and asylum seekers are held, employ male guards, which subject women to sexual violence.

The country descended into conflict after Muammar Qaddafi's reign ended during the Libyan revolution and NATO bombing campaign in 2011 [4]. Before 2021, Libya split into two administrations: the Government of National Accord (GNA) and the Libyan Arab Armed Forces (LPDF) [5]. After two rounds of voting on electoral elections in February 2021, the LPDF created the GNU as an acting entity [6]. Elections to reunify the national institutions were postponed in December 2021. Due to the available power vacuum, unchecked militias are gaining political power in the country and increasing widespread unrest [7]. Libya's instability, unwillingness to implement policies related to rights regarding women and girls and continuing impunity have caused a high risk of all forms of violence and discrimination against women and girls.

Militias and authorities target women politicians and activists because of their political beliefs. Iftikhar Boudra is a woman who was targeted and arrested in Benghazi for their political advocacy against militarization four years ago. The UN called for the immediate release of Iftikhar Boudra and urgent medical treatment due to various forms of violence in August 2022 [8]. Dr. Siham Sergiwa, an elected House of Representatives member, was kidnapped in her home in Benghazi on 17 July 2019 [9]. The details of what happened to Sergiwa are still unknown. Other examples of prominent activists such as Fareeha Al-Berkawi, Intissar Al-Hasaeri, and Salwa Bugaighis were assassinated due to their political beliefs [10]. Online violence is a newer conduit for inciting hate and aggression against women. The goal of online violence is to deter women from expressing their views freely. Women who seek political office or advocate are open to various types of violence with very little legal protection.

Article 6 of Libya’s Constitutional Declaration of 2011 states that Libyans shall be equal before the law, have the same opportunities, and be subject to the same public duties and obligations without distinction [11]. There are gaps in implementing this law regarding violence against women and girls due to internal political conflict and instability. There is also no further progress on the draft Law on Combatting Violence against Women [12]. The law criminalises all types of violence against women and girls and illustrates institutional responsibilities such as supporting victims of violence and prevention mechanisms [13].

Policy reform must prioritise lowering levels of violence in Libya. Allowing women as stakeholders in the policy-making process is crucial to creating a policy that protects women and girls from violence and harm. Therefore, the GICJ supports the equal opportunity to hold a political office without violence and deterrence.