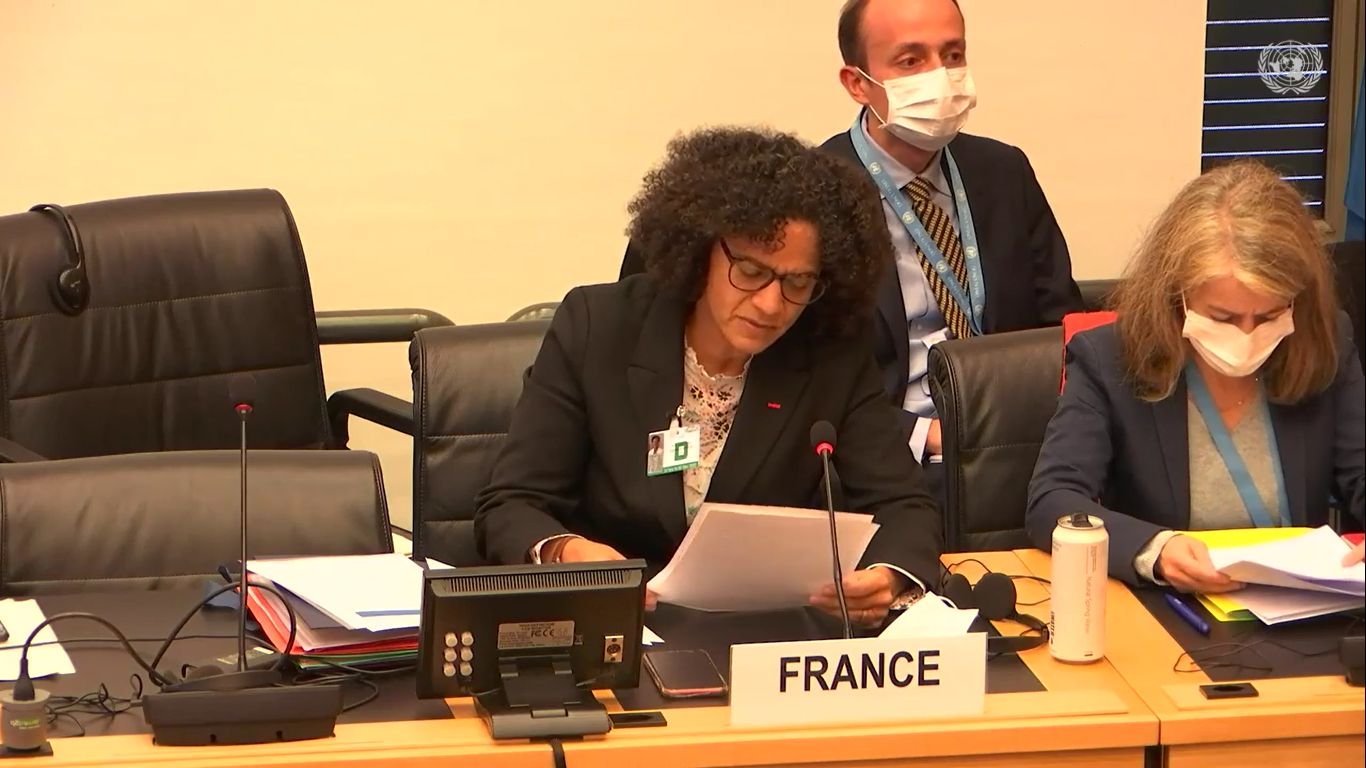 Systemic police violence, discriminatory practices against immigrant descendants mainly from Africa and the Arab world, the growing trend of heinous speech in the public space towards migrants, Muslims and other minorities are just a few of the many subjects that tarnish France’s image as the “Human Rights” champion and world leader in that field.

On these specific matters, the meeting ended, and a sense of unfinished business pervaded. If we welcome the attempts from the delegation to highlight the good policies and practices undertaken by the French government and institutions, one could only feel a disconnection between the superficiality of their discourse and the deepness of the root causes that need to be addressed.

This was  reflected in the numbers presented by the delegation. While they cited numbers of law enforcement officers condemned and the type of sanctions, the chair also explicitly told the committee that “racial profiling doesn’t exist”. However, the French National Human Rights Institution (CNCDH) says otherwise in its report by giving some recommendations on how to address this existing issue.

By denying that racial profiling is a problem in France, the delegation is denying that those same discriminations will be faced by a victim of colour when filing a complaint or during investigations. This creates a feeling of distrust toward the authorities, causing a real problem of non-declaration of discriminatory abuses. This practice particularly affects the youth from poorer neighborhoods. The testimonies of abusive ID checks that are more subject to escalation are countless.

The same institution recalls that the level of discrimination depends highly on how events such as terrorism, riots and wars are treated by the media and the political sphere.

Geneva International Centre for Justice (GICJ) thanks the committee for their review of France and can only prompt the country to address the reasons at the heart of these systemic issues, and especially the banalisation of discriminatory discourses from public officials.

A more comprehensive article will be written.