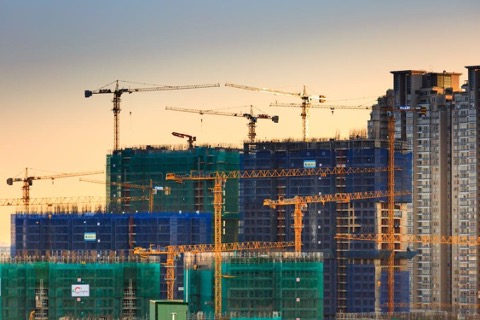 In preparation for the 2022 Fifa World Cup, Qatar has built a new airport, seven football stadiums, a metro system, multiple roads, 100 new hotels, and essentially an entirely new city around the main stadium that will host the final match. In total, the government is estimated to have spent around $200bn since being declared the host country of the tournament in 2010.

It is estimated that more than 30,000 foreign labourers were hired just to build the stadiums. Qatar’s total population is around 2,650,000 people. Around 94% of the labour force are migrants which include 1,644,311 male migrant workers and 263,741 female migrant workers, mostly from South Asia.

It is widely reported that Qatar has subjected migrant workers to abuse and exploitation for decades, especially through the Kafala system. This mechanism is a sponsorship employment scheme that binds foreign workers to their employers and prevents them from changing jobs or even leaving the country without seeking permission from their sponsor. This system has become increasingly controversial for being a human exploitation system. Due to this practice, migrant workers face restricted movement and communications, debt bondage, forced labour, visa trading or irregular residency status.

In many instances, workers must surrender their passports to their employers. Passport confiscation is not an uncommon practice in Qatari camps for migrant workers. Some companies also require that their workers receive approval for exit permits if they want to leave the country. The confiscation of the passport by the employer allows them to have total control over the migrant worker who cannot flee the country or even ask for assistance. The non-renewal of visas, traps the migrant worker who has no other solution than to stay with this employer if they do not want to be expelled or imprisoned.

When FIFA, the Federation Internationale de Football Association who govern football and develops the game around the world, selected Qatar to host the 2022 World Cup, they did not request any human rights clauses or the establishment of conditions concerning labour protection from the Qatari authorities despite their knowledge of the human rights situation in Qatar. As a result, the mistreatment of migrant workers grew exponentially.

The Qatari government defended itself by explaining that the World Cup was used as a means to improve the national law designed to protect workers. Therefore, they cooperated with the International Labour Organization (ILO) in order to improve the worker’s conditions:

Due to weak implementation and a lack of commitment to holding abusive employers accountable, the impact of these reforms remains insufficient to effectively protect migrant workers. Even after these promises, a lot of migrant workers still face multiple violations of their rights, especially during and after the pandemic and due to the pressure ahead of the 2022 World Cup starting on the 20th of November 2022.

The violation of migrant workers’ rights continues to increase. They are paid too late or sometimes they are not paid at all for years. Workers are forced to pay illegal recruitment fees which have a negative impact on their lives and, despite wanting to come to work in Qatar to help support their family at home, they cannot refuse or even run away; they remain trapped.

Many cases of forced labour have been reported. Migrant workers are forced to pay huge recruitment fees between $1,300$ to $3,000 and often have their wages withheld and their passports confiscated. These practices are now illegal under national regulations but still exist along with the lasting effects of many workers struggling to repay these fees and their debts.

Multiple workers still suffer from punitive and illegal wage deductions and have faced months of unpaid wages for long hours of exhausting work.

Many migrants in Qatar have to work up to 18 hours per day in order to construct the buildings and stadia needed for the World Cup and yet they are not paid for the overtime they have undertaken.

At least 100,000 migrant workers have been exploited and suffered abuse because of labour laws and insufficient access to justice in Qatar over the past 12 years.

The time workers wait between the submission of a complaint and receipt of due wages and benefits can still take several months and as outlined by the ILO, most of the migrant worker’s cases, especially those relating to the construction of infrastructure for the World Cup, are not even investigated by the Qatari judicial system, which offers them very few legal remedies. Migrant workers face difficulties obtaining court hearings and do not have any assistance to have fair access to justice.

The official number of migrant workers deaths during construction is, according to the Qatari government and Gianni Infantino (FIFA president),- approximately 3 people. This number is wildly underestimated because Qatar doesn’t count deaths from heart attacks and respiratory failure as work-related. Therefore, the number of migrant workers who have died since the designation of Qatar as the host of the 2022 World Cup has been estimated at more than 6,500.

Multiple reports note that thousands of deaths are caused by heatstroke, poor working conditions, no access to medical care, insecurity and sickness because if they miss one day of work to go for a medical check-up for example or just to rest, their employer does not hesitate to remove part of their wages. For each of these deaths, the Qatari authorities have failed to investigate; therefore, the families have no answer and do not know what has happened to their loved ones.

Migrant workers also face violations of their rights when they return to the camps. Workers' camps are extremely overcrowded and in violation of Qatari law, FIFA workers’ welfare standards, as well as international law. As some employers fail to provide or renew residence permits, workers are left vulnerable to imprisonment or fines by Qatari authorities, creating fear about leaving work sites and camps. Even if workers can leave their work sites, the possibility that they would be able to leave Qatar is much lower.

Multiple international actors  are calling for the payment of compensation to migrant workers by the Qatari government and FIFA for all the families of  dead migrant workers, and all the persons injured who have had their rights violated, but for the moment they don't seem ready to grant this compensation even after the strong criticisms they have received.

By ratifying the International Covenant on Civil and Political Rights (ICCPR) and the International Covenant on Economic, Social and Cultural Rights (ICESCR) in 2018 [1]; Qatar is legally obligated to respect, protect, and fulfil all the rights guaranteed by these two treaties for all persons within its territory, without discrimination. This includes all the migrants who are involved in the construction of the World Cup infrastructure. However, in ratifying these treaties, Qatar made an important number of reservations that limit the scope of its obligations. The government claims that only Qatari citizens are allowed to form associations and trade unions. It, therefore, prohibits migrant workers from bargaining collectively to improve their catastrophic working conditions. If the kafala system has been officially abolished, though unofficially this is not the case as it is still applied by many companies, it will allow workers to freely leave the country, change jobs, join unions, be justly compensated, and be protected from abuses and exploitation. Therefore, by applying these treaties, Qatar can make a phenomenal improvement and it should indeed be considered a major step toward protecting human rights.

Geneva International Centre for Justice (GICJ) condemns the abuses and exploitation perpetrated against migrant workers. GICJ calls on Qatar and FIFA to respect human rights for all without discrimination and ensure justice and fair compensation for all the victims of these terrible actions. GICJ urges the international community to officially condemn these violations and put pressure on the Qatari government to take important steps in the field of human rights and respect its international obligations.