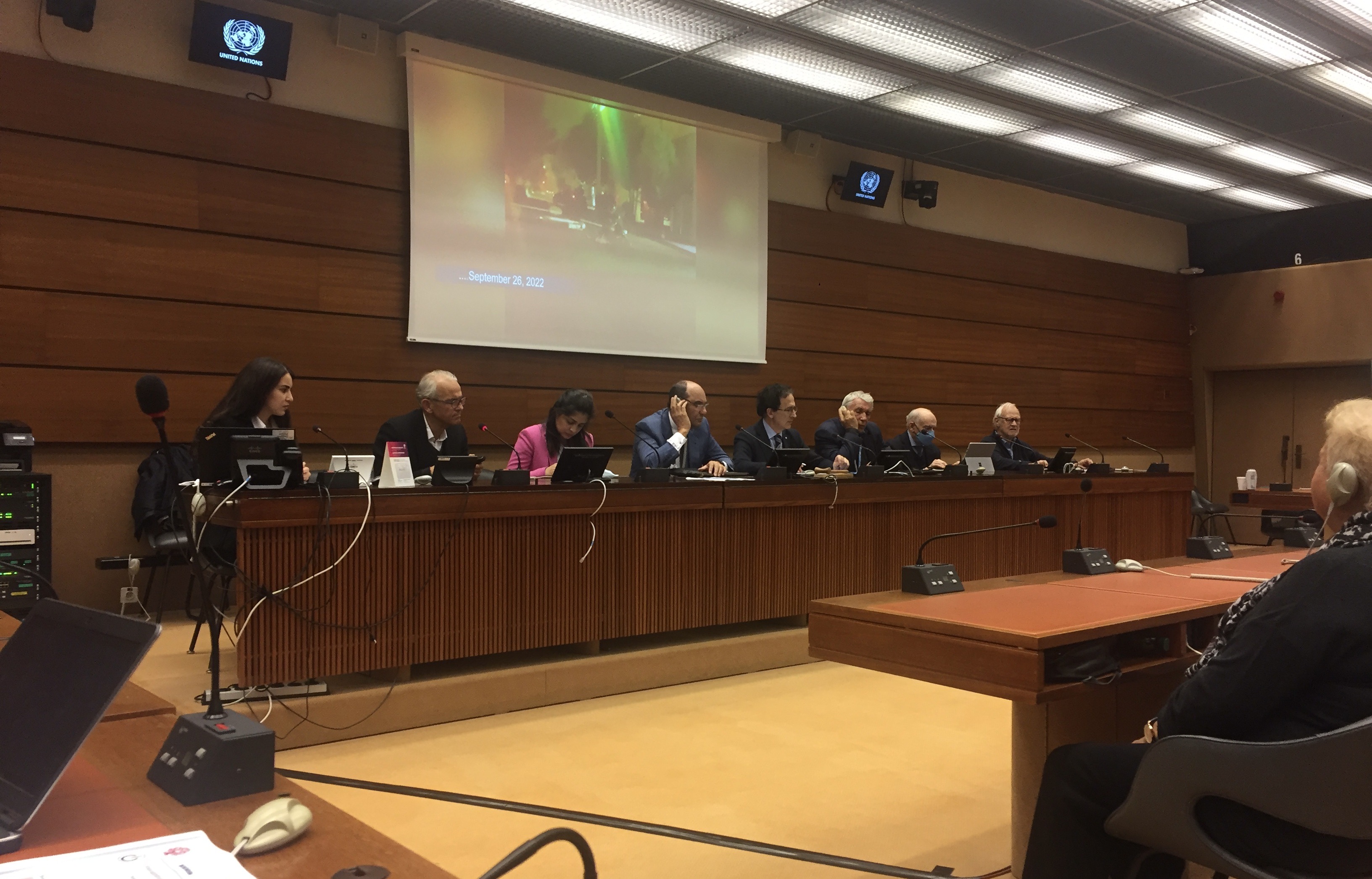 Iran is on fire. After the death of Mahsa Amini in  prison on the 16th of September 2022, the people revolted against the dictatorial mullahs' regime. The so-called Guidance Patrol imprisoned the young woman for not wearing the veil properly. Mahsa was not the first victim of the regime, and she was certainly not the last. However, her murder by the “morality police” crossed the red line.

On the 29th of  September 2022, an HRC51 side-event took place to denounce the regime's actions and to call for a special session against Iran. The government has ruthlessly suppressed mass rallies for freedom, democracy, and human rights that have been ongoing for more than two weeks. At least 250 people have been killed, and an estimated 12,000 people have been arrested. The panellists recalled that these are not the first outbursts by the mullahs. The execution of at least 30,000 political prisoners in 1988, the killing of 1,500 people during the 2019 protests, and the shooting of Ukraine International Airlines Flight 752 in 2020 are just examples of the regimes' crimes.

However, Iran's impunity persists in facing the international community's lack of response. Despite all these crimes committed over four decades, the Human Rights Council has never opened a special session on Iran.

Geneva International Centre for Justice (GICJ) joins the panellists’ call for such a session.It is time to end Iran's impunity and bring peace, justice, and respect for human rights to the Iranian people.

A detailed report on the human rights situation in Iran will be published soon. Stay tuned!