Indigenous peoples share deep religious, spiritual, cultural and social traditions with their environment. Their distinct ways of living in communities are modelled around shared values and collective access to land and resources. Additionally, their wealth of traditional knowledge and determination to fight for their land rights strengthens their visibility as important agents of change and human rights defenders.

The United Nations recognises that empowering indigenous communities’ collective rights to lands, territories, and resources provides them with a voice and ability to thrive in their own culturally demarcated environment. It also benefits the preservation of biodiversity and endangered lands, proving efficient and necessary to tackle today’s pressing climate emergency [1]. Nevertheless, indigenous peoples’ human rights are continuously hindered. Long-standing legacies of colonialism and large-scale extractivism of natural resources coupled with the current environmental crisis are omnipresent in the lives of indigenous peoples and impact their right to proclaim their self-determination, self-fulfilment and liberties.

Throughout the years, indigenous groups have continuously attempted to assert their rights, identities and livelihoods. They have struggled to defend their rights to traditional lands, territories as well as access to natural resources and experienced repeated violations of their human rights and land rights. Indigenous communities are recognised as one of the most vulnerable groups of people in the world. The international community, civil society organisations and United Nations bodies now recognise the urgent need to protect their rights and preserve their unique cultures and livelihoods [2].

The Working Group on Indigenous Populations was established in 1982 and aimed to bring indigenous voices to the forefront of issues. In 1993, resolution A/RES/47/75 was adopted by the United Nations General Assembly (UNGA) to strengthen the relationship between State members and indigenous groups, as well as to encourage fruitful dialogue between the international community and indigenous peoples. The idea was to nurture an environment built on principles of mutual respect and understanding [3]. Resolution 49/214 was adopted by the UNGA on 23 December 1994 and served as an opportunity to commemorate indigenous communities’ wealth of traditional knowledge and livelihoods in their diverse ecosystems. The UNGA adopted resolution 49/214 in honour of the first meeting of the Working Group on Indigenous Populations that took place on August 9, 1982 in Geneva, Switzerland [4]. Since its inauguration, the International Day of the World’s Indigenous Peoples has been celebrated every year on 9 August.

Furthermore, the United Nations Declaration on the Rights of Indigenous Peoples (UNDRIP) was adopted by the UNGA on 13 September 2007. The UNDRIP is the most comprehensive agreement to date that actively works towards the protection and preservation of the rights of indigenous peoples. The declaration is a clear demonstration of the international community’s intent to continuously safeguard the collective rights of indigenous groups [5]. Furthermore, it also reiterates the importance of protecting their rights to their traditional knowledge underlined in Article 31 of the convention [6].

This year’s theme is “the role of indigenous women in the preservation and transmission of traditional knowledge” [7]. Indigenous groups account for the majority of our world’s diversity [8], 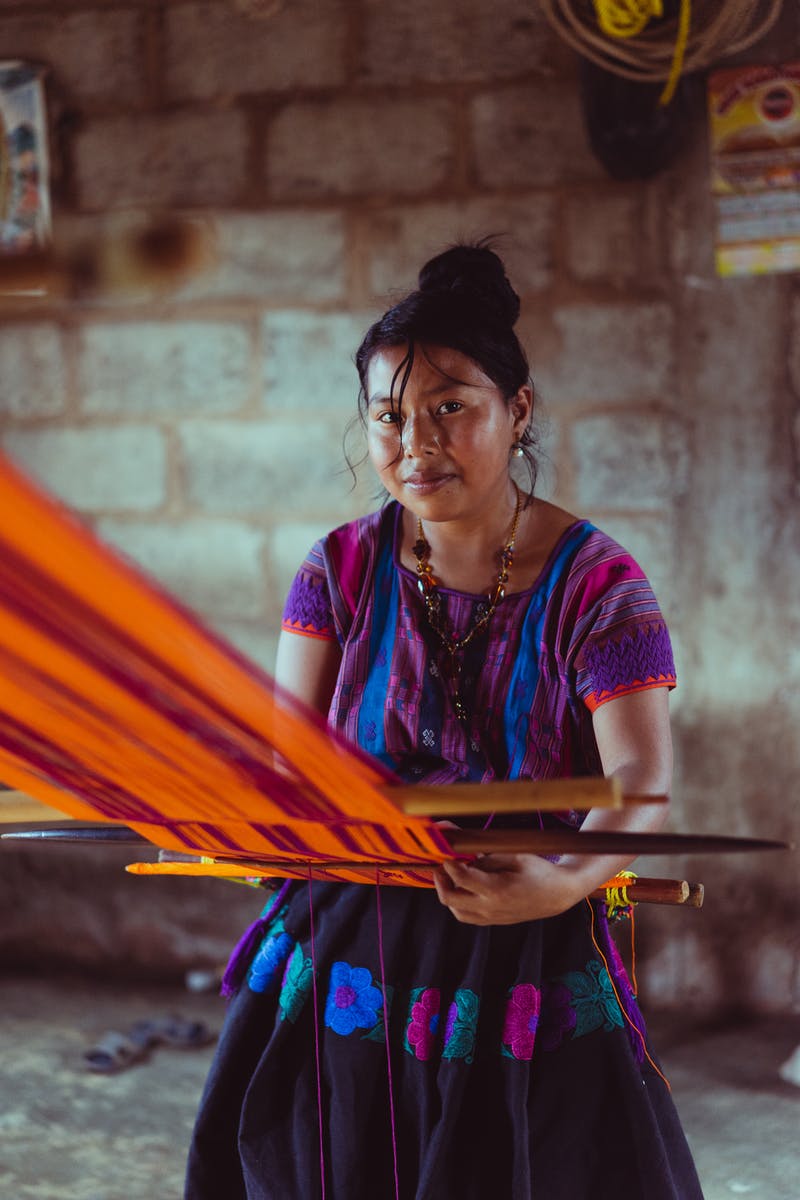 yet they continue to experience different forms of structural violence including marginalisation and numerous human rights violations. Women indigenous leaders, in particular, are increasingly more exposed to violence and stigmatisation as they embody important roles of agents of change and human rights defenders. Together, they mobilise and advocate for change, and fight for their rights amidst the current global environmental crisis. Special Rapporteur on violence against women, its causes and consequences, Reem Alsalem, emphasised how the current environmental crisis exacerbates the rates of violence against indigenous women, hindering their active involvement in environmental protection policies. Indigenous women’s traditional knowledge is instrumental and necessary to safeguarding, conserving and protecting the world’s rich yet fragile biodiversity.

Traditional knowledge relates to the “knowledge, innovations and practices of indigenous peoples” and is at the “core of indigenous peoples’ identities, cultural heritage and livelihoods” [9]. It is preserved and divulged through oral story-telling and transmitted generationally. The collection of knowledge is expressed in “stories, folklore, proverbs, cultural values, beliefs, and rituals” [10]. Indigenous peoples' understanding of natural resources, their historical roots, and continuous management of the environment demonstrate their deeply rooted relation with nature. The environment represents an extension of their existence, as shown through their traditional knowledge where care for the earth transcends mass extractivism and over-exploitation of natural resources [11]. Indigenous groups sustainably conserve, replenish and protect environmental resources and enhance social relations among communities by promoting resilience and culturally adequate economic development. They are instrumental to addressing the climate crisis, hence, their wealth of knowledge must be preserved.

Women indigenous leaders play a vital role in the preservation and transmission of traditional knowledge. Indigenous women continuously defend their lands and territories and fight for their collective rights and freedoms [12]. Nina Gualinga is the leader of the Sarayaku Kichwa in Ecuadorian Amazon, home to 1,250 individuals spanning across 333,000 acres of flourishing vegetation [13]. As a human rights defender, she has extensively contributed to defending indigenous rights and territories in the Amazon region. For as long as she can remember, Ms Gualinga has fought for the rights of her people, terming the arrival of an oil company, ready to extract her home’s natural resources during her childhood, as a critical point. Since that day, she has dedicated her life to advocacy, defending and preserving the environment by campaigning against and resisting numerous human rights and environmental violations. Ms Gualinga is a role model for all women activists and human rights defenders. She has campaigned for Mujeres Amazonicas, a movement that unites indigenous women from six different indigenous nations, to fight for and defend their rights [14]. She and all women demand change and justice for indigenous peoples.

Geneva International Centre for Justice (GICJ) urges the international community and state governments to acknowledge and recognise the value of indigenous women’s traditional knowledge and cultures. We emphasise the importance of safeguarding and preserving indigenous livelihoods and their unique ontologies. Most importantly, GICJ implores all nations to give equal importance to traditional knowledge and scientific knowledge even though the latter is held in higher esteem in the western school of thought. GICJ stands alongside indigenous women human rights defenders and applaud their large-scale mobilisation and advocacy movements. Impunity for crimes committed against indigenous women, their environments and culture remains widespread. GICJ demands state governments hold perpetrators accountable for their actions and immediately halt all forms of illegal extractions of natural resources in indigenous territory. Indigenous women continue to lack recognition as human rights defenders and key agents in the fight against climate change. We recognise their unique contributions and value their livelihoods, communal living and sustainable practices safeguarding habitat and ecosystem destruction.