Nelson Mandela Day honours a lifelong fight against all forms of injustice and applauds Nelson Mandela's boundless devotion to achieving peace in the world. The 18th of July provides us with the opportunity to commemorate Mandela's admirable life and allows us to reflect on our own daily crusades. In commemoration of Nelson Mandela, Geneva International Centre for Justice (GICJ) along with other organisations and the United Nations celebrate this Day each year as a tribute to the great man who devoted 67 years of service to improving mankind. In memory of Nelson Mandela's commitment to the achievement of peace and freedom, the United Nations General Assembly designated July 18 as "Nelson Mandela International Day" in November 2009. Each year, the celebration of this international day sheds light on the memory of all the exceptional men and women who embodied the highest aspiration of human rights and contributed to the abolition of apartheid. Hence, this day highlights the vital importance of human solidarity and compassion, values often championed and exemplified by Nelson Mandela.

Nelson Rolihlahla Mandela, often referred to as Madiba or Mandela, was born on the 18th of July 1918 in South Africa and died on the 5th of December 2013. Often remembered and praised as the first Black president of South Africa, his optimistic resilience as well as his impact on society began in the early 1990s. Mandela largely contributed to the end of South Africa's dreadful apartheid system of racial segregation and led his country towards social change. He ensured a peaceful transfer of power and paved the path to the achievement of democracy [1].

In 1944, Mandela joined the African National Congress (ANC) and quickly conquered the admiration of the forming black-liberation group to then become the leader of its youth league. He subsequently juggled other leadership responsibilities in various institutions, allowing him to revitalise anti-South African government movements more effectively and more vigorously oppose apartheid policies set in place by South Africa’s National Party. Mandela set out to abolish discriminatory laws that were fragmenting the South Africans and promote non-violent forms of mobilisation. As narrated in the book ‘The Struggle is my Life’ (1978) and as conveyed in the speech ‘Prepared to Die’, Mandela dedicated his life to this cause 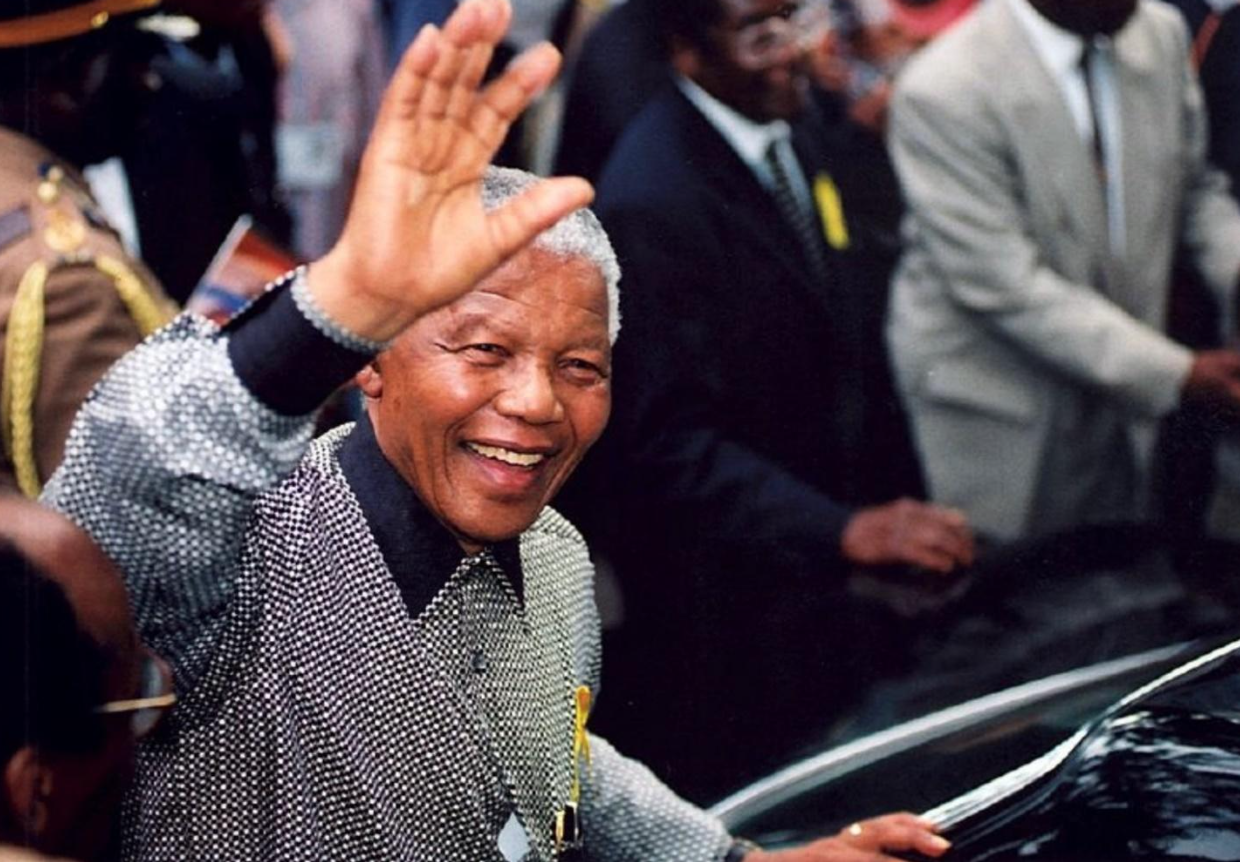 [2].  He played a decisive role in instigating activist campaigns, defying South Africa's racist laws. His contributions came from the heart, hence, making them vital to the drafting of the Freedom Charter in 1955, which showcased the desire of a democratic society in South Africa, devoid of segregation.

The risks his moral ideals exposed him to never deterred him from giving up on the fight. For example, in 1952 authorities restricted his freedom of mobility, freedom of speech, and engagement in political movements. During the 1950s and 1960s, Nelson Mandela often found himself in police custody. In total, Mandela served a total of 27 years in prison split between different detention facilities [3]. However, in June 1964, he was sentenced to life in prison. The South African government periodically made him conditional offers to free him from detention [4]. In 1976, they agreed to his release on the condition that he recognise the supreme authority of the South African state and agree to reside there. Other offers made in the following years required him to renounce any use of violence for socio-political purposes. Instead of complying to any deal that restricted his right to campaign for freedom, Mandela refused.

In 1990, the South African government finally gave Mandela back his liberty, and soon, he was chosen as Deputy President leader of the African national congress. This is because, despite his arrest, Mandela continued to gain support from the locals and his stature in the international community continued to strengthen. Throughout his life, he never lost sight of his morals and used his leadership to drive reformations. In 1994, Mandela was elected and sworn in as the first black President of South Africa by universal suffrage. During his term, he created the Truth and Reconciliation Commission which improved schooling, housing, and living conditions for locals. Mandela’s fight did not stop with the abolition of apartheid, his administration continued investigations into human rights violations carried out under the apartheid regime and hoped to begin restorative justice processes [5].

As the United Nations concludes its 50th session of the Human Rights Council and the globe is thrown into uncertainty after the Covid-19 outbreak, the celebration of Mandela's values strengthens one's hope in mankind. In the words of Mandela, let it always resonate that peace should always go beyond the absence of conflict and that it is truly much more about "the creation of an environment where all can flourish," [6] that, as the United Nations formulated it, regardless of physical appearance, class, religion, language, ethnicity, or other social and cultural practices and markers used to identify differences used to separate us. The United Nations claimed these aspects, in fact, should be seen as an enrichment to human civilization instead of allowing them to sow discord and violence [7].

Geneva International Centre for Justice (GICJ) honours Nelson Mandela’s legacy and his commitment to the attainment of justice and human rights. Following his inspiring contribution to the development of socio-economic and political ideas, the international community must continue to defend the fundamental rights of all people. GICJ reiterates that states must reflect on present-day violations and conflicts, and push for transformative outcomes of peace and security where human rights are duly respected. The international community must come together with UN bodies, human rights institutions, and civil society organisations to address present-day hatred fuelled by legacies of colonialism and slavery.