Whilst New Year's Day often symbolizes new beginnings, on January first, India’s Muslims were reminded of the country’s unwavering anti-Muslim propaganda. Muslim women, many of whom are prominent journalists, activists, and actresses, woke up to find their photographs on an app called Bulli Bai, with the claim that they were “for sale as maids”.

The attempt to demean and sexualize politically active or socially prominent Muslim Women has been met with severe backlash from the country’s Muslim community. After calls for justice and for an investigation, the app was removed and arrests were made. However, this was not an isolated incident, but one of many that suggest the nation is grappling with strong inter-communal hatred. In fact, the news comes hot on the heels of a police inquiry investigating influential Hindu religious leaders calling for violence against Muslims and even ethnic cleansing. 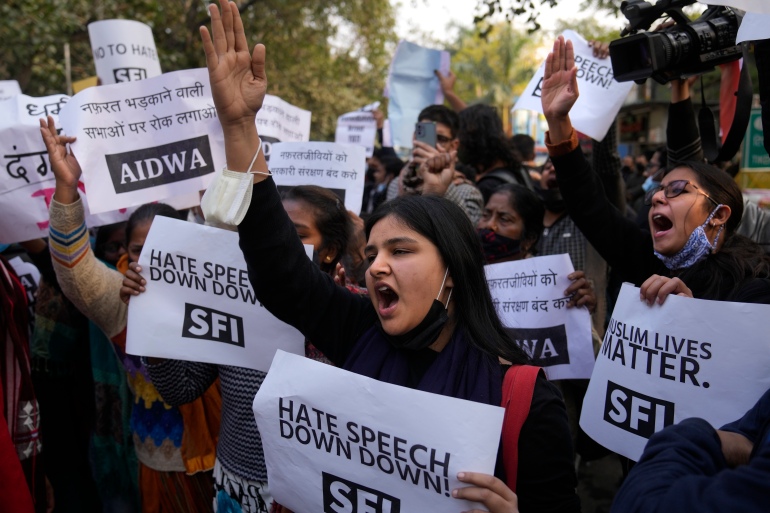 Muslim communities in India have felt threatened since the Hindu, nationalist Bharatiya Janata Party (BJR) came to power in 2014. But last year was marked by more overt and unmistakable acts of aggression towards Muslims. Today, extreme-right Hindu nationalists, with the aid of discriminatory government rhetoric, are making it known to Muslims that they are the other and, in many ways, lesser than. All aspects of Muslim livelihood, including religious rituals and dietary habits have come under threat and are deemed reason enough for unprovoked attacks. On September 23, two Muslim Men in Mathura were badly assaulted for simply carrying meat.

According to India’s statutory human rights body, the National Human Rights Commision (NHRC), Muslims are “the target of hate crime and violence on a frequent basis”. Furthermore, the NHRC reports that due to the coordinated and systematic manner of Muslim opression, social indices in Muslim communities, such as literacy, employment, and economic conditions, have severely suffered.

Recently, in two of his public speeches, India’s Prime Minister, Narendra Modi, drew parallels between Muslim figures from India’s distant past and current-day “terrorism and religious extremism”, suggesting that India’s Muslims are in some way accountable for the alleged crimes committed by their distant “ancestors”, and as such should be duly punished. Meanwhile, the Chief Minister of Uttar Pradesh and member of the ruling party BJP, Yogi Aditryanath, declared that the state’s upcoming assembly election is an 80 versus 20 percent election, not so subtly suggesting the election is a battle between the Hindus, who make up 80 percent of the population, and 20 percent Muslim minority.

Geneva International Centre for Justice (GICJ) strongly condemns all acts of violence against Muslim communities in India and urges elected leaders to denounce all hate crimes immediately. GICJ encourages the Indian government, as the largest national democratic institution in the world, to promote human rights and equality for all of its citizens. GICJ calls on the authorities to bring all those responsible of violence and hate speech to justice.