The Nationality and Borders Bill, currently under scrutiny in the House of Lords, comprises of legislation restricting nationality, asylum, and immigration, and will create a two-tier system to be used in the future for refugees and asylum seekers based on their method of arrival into the United Kingdom.

Siobhán Mullally, the United Nations Special Rapporteur on Trafficking in Persons, expressed serious concern over the new Bill. In a statement on 14 January 2022, Ms Mullally stated that the Bill was in breach of international law, and if adopted, would undermine the protection of human rights of trafficked persons and increase the risk of exploitation of migrants and asylum seekers. The Special Rapporteur noted that the Bill could lead to serious human rights violations and that it fails to acknowledge the UK Government’s obligation to ensure protection for migrant and asylum-seeking children. She emphasised that the Bill would increase the risk of statelessness which is in direct violation of international law. 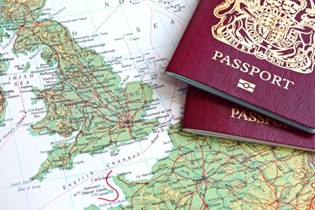 The Special Rapporteur went on to state that it does not respect additional obligations under international human rights and refugee law, and risks vulnerable groups being taken advantage of. Ms Mullally underscored that the right to seek and to enjoy asylum is a fundamental human right and that if the Bill is passed, it could penalise asylum seekers and refugees, violating the principle of non-punishment under international law. Migrant and refugee women who have experienced gender-based violence may also be denied entry into the UK. It would also increase the likelihood of arbitrary deprivation of citizenship, which has a history rooted in racism and discrimination, and increase the risk of statelessness.  The Bill instrumentalises national security concerns, increasing risks of discrimination and of serious human rights violations. And it is in direct contravention to the UK government’s numerous public statements on combatting trafficking and modern slavery.

Geneva International Centre for Justice (GICJ) implores the House of Commons to reject the Bill as it is in direct contravention of International Human rights Law. This Bill would have devastating effects on those most vulnerable in society, including minority groups and women and children. The consequences of such legislation outweigh the benefits and the Bill would substantially increase the opportunity for human trafficking operators to exploit refugees and migrants seeking refuge in the United Kingdom.