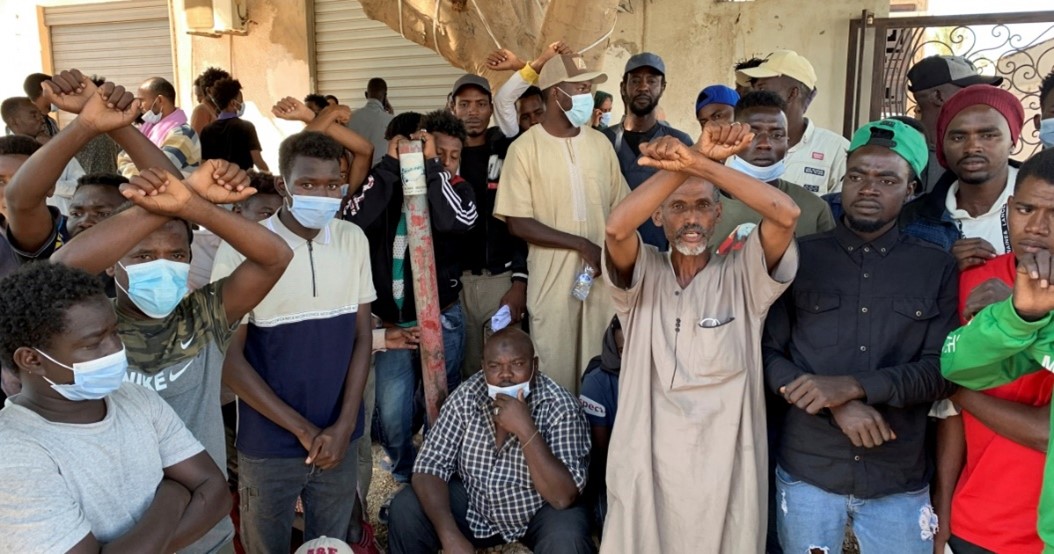 The numerous forced expulsions of asylum seekers and migrants carried out by Libya are alarming. Despite UN calls to halt forced returns, during the current health crisis expulsions have increased under the “emergency procedures” taken to prevent the spread of the virus.

Over the past months, two large groups of Sudanese were forcibly deported from Libya. On Monday, December 3rd, 18 Sudanese were arrested, detained, and arbitrarily expelled without due process and individual assessment of their needs. Currently, a group of 24 Eritreans detained at Ganfouda detention center are facing risks of imminent deportation.

Collective returns are human rights violations against migrants, who already face great risks of persecution and torture in Libya.  Arbitrary detention, lack of individual assessment and procedural guarantees are experienced by migrants from Sudan, Eritrea, Somalia and Chad, including children and pregnant women. Along with violating the prohibition of collective expulsions and the principle of non-refoulement, Libya is committing other atrocious human rights violations such as enforced disappearances, trafficking, sexual violence, torture and ill-treatment. Abuses against asylum seekers and migrants are perpetrated by both State and non-State actors in breach of international obligations and refugee law. Such abuse is very well documented and known, notably by states of the European Union who nonetheless collaborate with the Libyan “coast guard” to try and limit the influx of persons crossing the Mediterranean.

Geneva International Centre for Justice (GICJ) calls on the Libyan government to act in compliance with international human rights and refugee law. The government is responsible to uphold the rights and dignity of asylum seekers and migrant on its territory. In particular, the right of individual assessment and due process must be guaranteed for all. Further to this, GICJ urges the international community to investigate all claims of abuse and hold perpetrators accountable for the violations committed. In this regard, an independent monitoring system should be adopted to guarantee transparent and clear data about the current situation. Such a system would allow the international community to provide Libya with the necessary support in migration and border management to guarantee the human rights of all asylum seekers and migrants involved are protected. Moreover, GICJ calls on the EU to stop delegating its border control to Libya, which has been proven to trample on migrants’ human rights. The EU still funds border control and migrant facilities in Libya, enabling a violent system to be enacted. Therefore, it is complicit in the mistreatment of migrants in Libya.