The interactive dialogue on the Secretary General’s report on reprisals took place at the 26th and 27th meetings of the 48th Session of the Human Rights Council. Reprisals mainly refer to all acts of intimidation or reprisal against those who seek to cooperate or cooperate with the UN.  In her opening intervention, the Assistant Secretary underscored that these cases continue to mount, highlighting the fact that human rights defenders continue to be monitored leading to their own self-censorship at the fear of further reprisals. In these circumstances, minorities and vulnerable groups like women, LGBTQ+ and indigenous groups are specially affected which leads to underreporting and lack of representation of their cases of reprisals. 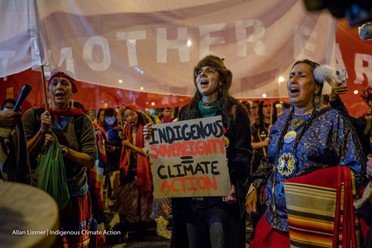 All European Member States expressed their commitment to  ending and condemning any form of intimidation and reprisal. It was of special concern for these countries that most of the cases reported had been perpetrated by HRC members who should uphold their responsibilities and ensure the protection of human rights. Further to this, the European delegations noted the challenges that the current pandemic poses and how some HRC members have instrumentalized COVID-19 to stifle investigations. Also, in accordance with the opening intervention, it was noted that the existing digital divide poses great challenges to the reporting of human rights violations relating to reprisals. Germany, Lichtenstein, France, Switzerland and Australia brought attention to the vulnerability of social minorities, indigenous groups, women and LGBTQ+ who remain underrepresented. On this issue it was asked what could be done to ensure the representation of these groups in upcoming reports.

In stark contrast to the previous statements, some countries criticized the report. All the countries accused of reprisals shared a similar narrative asserting that the cases reported by the SG were baseless accusations with no substantial proof that emerged from the lack of neutrality and objectivity of the mechanisms of the Human Rights Council. Countries such as India, Saudi Arabia, China and Egypt expressed their commitment to respect the rule of law and asserted that human rights defenders are welcome as long as they adhere to domestic law. This line of thinking, however, makes evident the position of vulnerability in which human rights defenders find themselves, in those countries where their advocacy is deemed unlawful and even labelled as terrorist simply for being directed against the governing state.

GICJ is deeply concerned about the increasing cases of reprisals as a result of COVID-19 and the restrictions imposed by governments which have exploited the sanitary situation for their own benefit. We also regret the attitude of some HRC members who made grave accusations of malpractice and impartiality of the Council to discredit the allegations reported by the Secretary General. Finally, we urge all states to take all necessary measures to ensure that human rights defenders, especially the most vulnerable ones, can continue with their activities without fear of reprisals.