On day five of the 48th session of the UN Human Rights Council, 17 Sep 2021, the Special Rapporteur discussed the issues of slavery in today’s world. He noted that it is well known that displaced persons (IPDs) are more exposed to human rights violations, but a large part of this being contemporary slavery is often overlooked. Displaced children are often vulnerable to slavery that includes hazardous work, forced marriage and recruitment into armed conflict. 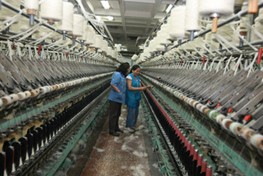 The elements that put IDPs in vulnerable positions are poverty, discrimination, migration status, employment status, camp settings, and exposure to criminal groups, traffickers, and people smugglers. In addition, conflicts like Covid-19 or armed conflicts and irregular situations often increase these elements and thus, increase vulnerability and susceptibility. UNICEF mentioned the importance of birth certificates and other similar paperwork for children that are born displaced or for those individuals who, for whatever reason, no longer have access to their paperwork.

Gender and education also greatly impact the susceptibility of contemporary slavery. Forced or early marriage or domestic servitude expose girls to a higher risk of sexual violence which can lead to sexual slavery. Limited education often leads people to be more vulnerable to abuse, as sometimes slavery practices are not as obvious. For example, the service industry and its informality make it easier to exploit individuals and for it to go unnoticed.

Geneva International Center for Justice agrees with the Special Rapporteur that States need to do more in emergencies to combat vulnerability that can lead to contemporary slavery. Displaced persons need to be able to find decent work and host communities need to facilitate inclusion. In addition, the international community needs to make greater strides to work together to combat this issue, as this is not an issue for a handful of states but is an issue that spans across borders and effects people in all countries.