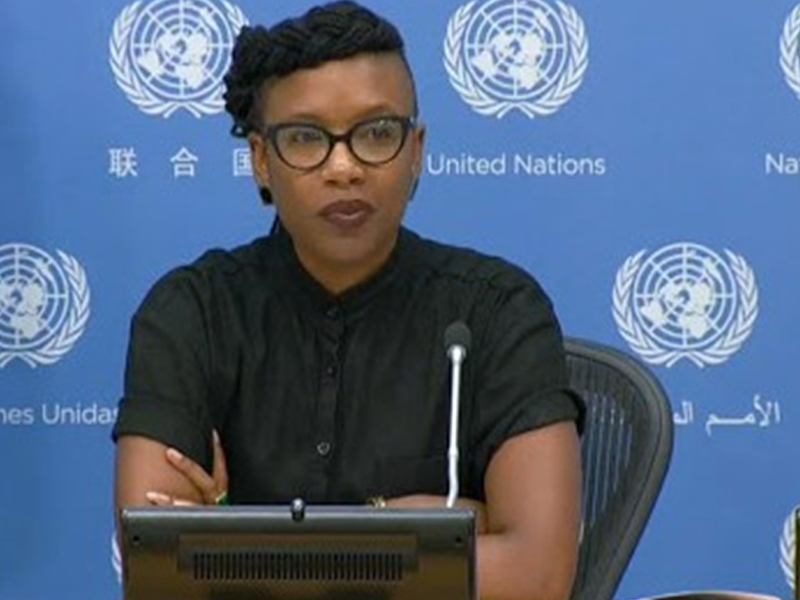 During the 44th Regular Session of the Human Rights Council, an interactive dialogue was held under Item 9 to discuss reports submitted byMs. E. Tendayi Achiume, the Special Rapporteur on contemporary forms of racism, racial discrimination, xenophobia, and related intolerance.

Her first report, “Racial discrimination and emerging digital technologies: a human rights analysis” (A/HRC/44/57), emphasized that new emerging digital technology reproduces all existing inequalities within the society it is designed and used in as racial and ethnic minorities are rarely involved in the decision-making roles. Ms. Achiume encouraged states to act immediately by ensuring minorities and racial discrimination experts have a seat at the table. Not only does accountability need to take place, but impact assessments, effective remedies, and minority inclusion need to be obligations for all states and companies involved in emerging digital technologies. Many countries emphasized powerful conclusions from the Special Rapporteur’s report by agreeing that technology is not neutral or objective and insisting that transparency and regulation are essential to begin fighting discrimination in the design and use of technology. States believed that privacy, dignity, and integrity should be upheld and respected for everyone and the digital transformation should benefit all people.

Ms. Achiume also submitted a report on “Combating glorification of Nazism, neo-Nazism and other practices that contribute to fueling contemporary forms of racism, racial discrimination, xenophobia and related intolerance” (A/HRC/44/58). She emphasizes that a new surge of anti-Semitism, hate speech used by politicians, and the glorification of Nazism is occurring in many nations. With today’s normalization of hate speech and discriminatory behavior, governments agreed they must help to eradicate the spread of neo-Nazism by condemning racial discrimination and racism in all its forms. Many advocated that in order to deplete racism, education is the key to raising awareness, promoting dialogue, and changing discriminatory behavior.

Geneva International Centre for Justice (GICJ) calls on all States to urgently adopt and implement the recommendations provided by the Special Rapporteur in her reports. With the number one priority to combat structural and indirect forms of discrimination that exist in all societies, States need to foster a structural and intersectional human rights approach to mitigate the racial discrimination involved in the design and use of emerging digital technologies and when combatting the rise of neo-Nazism in societies.

In its joint statement with EAFORD, GICJ urges all member states to: