Geneva International Centre for Justice (GICJ) is deeply concerned by the French manifesto that blames the “anti-Semitism” on rising “Islamist radicalization”. GICJ considers this manifesto to be unnecessarily incendiary, focusing the blame on solely the Muslim population. 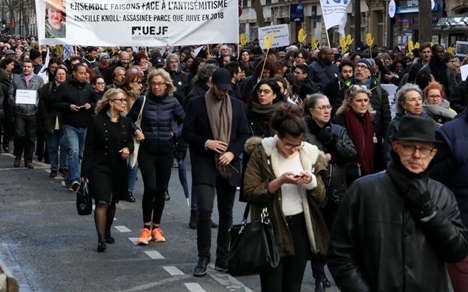 Published on 22 April 2018 in "Le Parisien-Aujourd'hui en France Dimanche" a manifesto has denounced the “new anti-Semitism” accusing “Islamic radicalization” of being the culprit.

Signed by almost 300 of France’s public figures, including former president Nicholas Sarkozy, the manifesto condemns the so-called “quiet ethnic purging” of France’s Jews. The manifesto claims that up to 50,000 Jewish people have been forced to leave France because of the rising tide of “Islamist radicalization”. The manifesto states that "In our recent history, 11 Jews have been assassinated - and some tortured - by radical Islamists because they were Jewish" referencing events as far back as 2006. The document calls for the removal of “obsolete” verses that call “for the killing and punishment of Jews, Christians and unbelievers” so “that no believer can rely on a sacred text to commit a crime”.

France has the largest Jewish community in Europe with a population of half a million Jews, while the Muslim community is estimated to be 5.7 million. The manifesto claims that "French Jews are 25 times more at risk of being attacked than their fellow Muslim citizens". Official statistics for 2017 from the interior ministry show that the number of anti-Semitic crimes in France is down seven percent, falling for a third year running. However, although Jews are only 0.7 percent of the population, they comprise targets of about a third of France’s recorded hate crimes1.

Although Muslim leaders acknowledge the problem with anti-Semitism in France, they see the manifesto as blaming a whole religion for the actions of an extremist minority. Leaders in the Muslim community such as Dalil Boubakeur, rector of the Grand Mosque of Paris, state that the document “subjected French Muslims and French Islam to an unbelievable and unfair trial”. He warned of the risks of “pitching religious communities against one another”.

Tareq Oubrou, imam of the Grand Mosque of the southern city of the Bordeaux, noted that Islam is not the only religion whose texts have passages that could be interpreted violently, stating that “Any number of holy texts are violent, even the Gospel”.2 In fact, Tom Anderson, a software engineer, ran the texts of the Quran, the Old Testament and the New Testament through analytics software and found that killing and destruction actually occur more frequently in the Christian texts than in the Islamic ones. In a blog post Mr Anderson states that “Killing and destruction are referenced slightly more often in the New Testament than in the Quran (2.8% vs. 2.1%), but the Old Testament clearly leads—more than twice that of the Quran—in mentions of destruction and killing (5.3%).”3

This manifesto, which accuses French Muslims of being anti-Semitic and contributing to the exodus of the Jews from France, may constitute hate speech. Hate speech is generally defined as “speech that attacks, threatens, or insults a person or group on the basis of national origin, ethnicity, colour, religion, gender, gender identity, sexual orientation, or disability”. Pascal Bruckner, a signatory of the manifesto, stated on France Inter radio that the letter had not been intended “to stigmatize but to spur on the goodwill of reformist Muslims”. However, it is easy to see how the blame for anti-Semitism being attributed to French Muslims may exacerbate the climate of hate and ill will towards Muslims, rather than galvanise the Muslim population toward positive change.

Hate speech was addressed by Committee on the Elimination of Racial Discrimination (Committee) in General Comment No. 35 which examined the “contribution of speech to creating a climate of racial hatred and discrimination, and reflected at length on the dangers it posed”. The Committee addresses hate speech on all groups recognised in article 1 of the Convention – race, colour, descent, or national or ethnic origin. The Committee also focuses on cases in which “target… persons belonging to certain ethnic groups who profess or practice a religion different from the majority, including expressions of Islamophobia, anti-Semitism…”.

This General Comment states that a State party should consider the content and the form of the speech; the economic, social and political climate; the position or status of the speaker; the reach of the speech; and the objectives of the speech. The Committee is particularly concerned by statements attributed to high-ranking officials and “consistently draws attention to the role of politicians and other public opinion-formers in contributing to the creation of a negative climate towards groups protected by the Convention, and has encouraged such persons and bodies to adopt positive approaches directed to the promotion of intercultural understanding and harmony.” 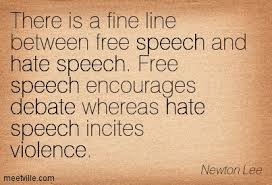 The High Commissioner has also warned about hate speech by public officials at a speech in The Hague last year, condemning propaganda tools of “half truths and oversimplification”.4 The manifesto uses these tools and fails to look at the wider picture and the potential root causes that have led to the rise of extremism.

GICJ considers that this manifesto as incendiary and unnecessarily lays the blame for anti-Semitism at the feet of the Muslim population. GICJ is especially concerned about the incendiary language which could equate to hate speech. GICJ calls on France to take every available measure to tackle all manifestations of racist hate speech directed toward the Muslim population and take effective measures to combat them.

GICJ also calls on the United Nations to denounce this manifesto and remind France of their obligation to combat hate speech, enshrined in the International Convention on the Elimination of Racial Discrimination. We also ask that the UN lend their extensive support and expertise to France when tackling these sensitive issues.

Further information on GICJ’s position can be found in the footnotes.5

3. TEXT ANALYSIS ANSWERS: IS THE QURAN REALLY MORE VIOLENT THAN THE BIBLE?
http://odintext.com/blog/text-analysis-quran-bible-3of3/

5. Joint written statement to the 35th session of the Human Rights Council
https://www.gicj.org/images/2016/35Session_HRC_Texts/Hate-Speech-in-the-Context-of-Political-Leaders-and-Parties.pdf