GICJ requested the United Nations to take all necessary measures to protect the demonstrators across Iraq whose legitimate demands are being met by the Iraqi authorities with continuous threats, intimidations and use of violence. 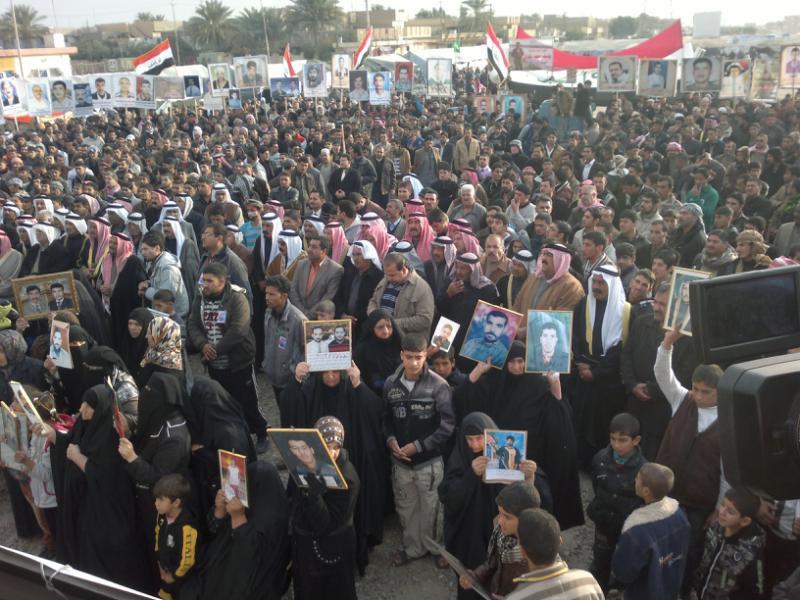 GICJ submits that the Iraqi authorities bear full responsibility for the harm done to those people asking for the restoration of their human rights. GICJ considers that these peaceful protests, which are taking place on a daily basis across the whole country, constitute a legal exercise of the right to peaceful protests by the Iraqi people.

The demands of the demonstrators mainly relate to the continuous violations of human rights and the lack of independence of the judiciary, two fundamental flaws characterizing the situation in Iraq since 2003.

Geneva International Centre for Justice has been working closely with NGOs and human rights activists on the ground in the Republic of Iraq for the past 4 years.

The demonstrations started in Al-Anbar province on 25 December 2012. On the first two days, the demands of the protesters where to set free the women prisoners which, according to reliable information, are subjected to continuous and systematic rape, torture and other inhuman treatments inside Iraqi prisons and detention facilities. 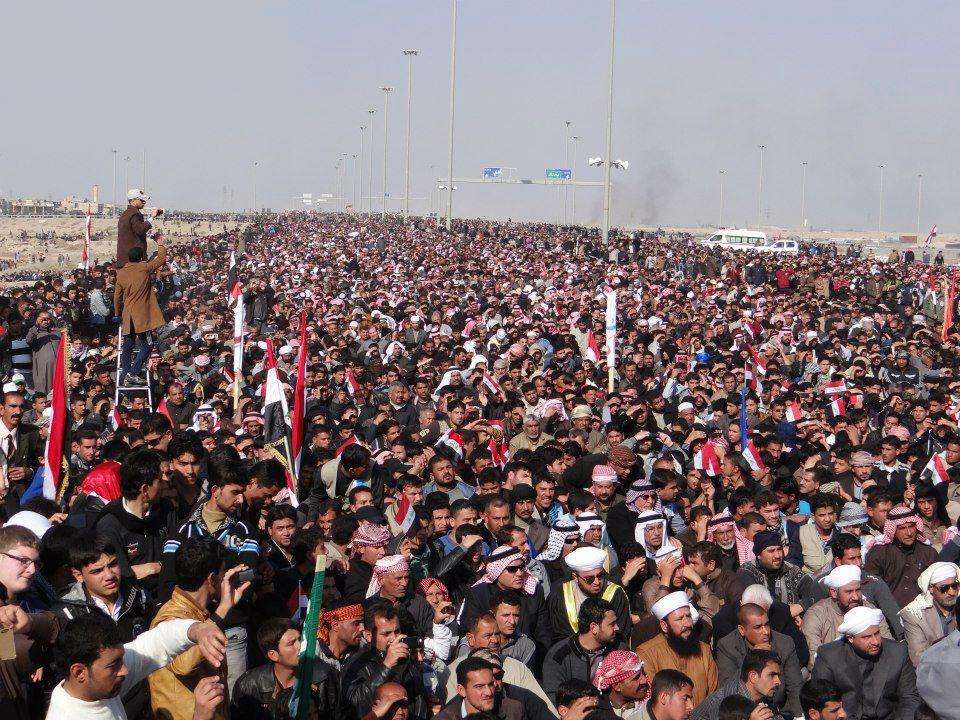 Since then, the demonstrations expanded to other places in Iraq and in particular to Ninawa province, and to the cities of Samarra and Tikrit in Salah-al-Din province, where these demonstrations take place on a daily basis and the number of demonstrators increases every day.

Some of the demands made by the demonstrators during these protests:

-To release all women prisoners detained under article 4 of the Anti-Terrorist law, to transfer those who are accused under criminal cases to their respective provinces, and for all individuals and officials who have been negligent and who participated in the rape of women prisoners  to be held publicly accountable.

-To put an end to the application of the death penalty in the current context of lack of independence of the judiciary, as it has been requested by the United Nations High Commissioner for Human Rights and many Special procedures mandate-holders.

-To suspend the application of article 4 of the Anti-Terrorist law and to suspend judicial procedures based on this law until its abrogation by the parliament, as this law is being used systematically as a mean to eliminate political opposition and to discriminate against certain fractions of the Iraqi people. Moreover, this law was heavily used to provide the juridical basis of many death sentences issued by judges, which in the context of lack of independence of the judiciary, cannot be tolerated.

-The parliament must rapidly adopt the amnesty law, remove all the exceptions contained in it, and release all detainees.

-To stop applying the “Accountability and Justice” Law until its abolition by the parliament. This law, which is the extension of the “De-baathification” Law introduced in the Iraqi judicial system by the US occupying power in Iraq, has been used systematically as a tool to suppress political opposition and discriminate against large parts of the Iraqi society.

-To cancel the Military Operation Commands in all Iraqi provinces and suppress all non constitutional security apparatus, to withdraw the army from cities and residential areas in Iraq, to remove concrete barriers restricting the freedom of Iraqi people, to work to ensure the security of citizens in the new Iraq and to entrust the security of Iraqi citizens to police forces composed by people of the country.

-To stop conducting random night raids, the accused should be arrested at day time and with respect to all legal procedures, and to abolish the law allowing security forces to receive information from confidential sources, as this law is often used as a tool to harass and persecute people based on sectarian and religious differences.

-To speed up the formation of the Supreme Federal Court, to ensure that it is constituted of honest and professional judges who do not have any party or political affiliation with the political forces governing the country, in order to guarantee the independence of the judiciary.

The responsibility of the UN :

In its appeal, GICJ urged the United Nations to remind the Iraqi authorities of their obligation to respect and fully protect the rights of Iraqi people to assemble peacefully and associate freely, as enshrined in article 19 of the Universal Declaration of Human Rights as well as in Human Rights Council Resolution 15/21 on the right to freedom of peaceful assembly and of association.

The Centre called on the United Nations to monitor the threats and the use of violence, persecution, harassment and intimidation by the Iraqi authorities targeting the Iraqi people and hindering the exercise of their rights.