On Thursday, 9th November 2017, the assassination of a well-known Ahwazi Arab political activist, Ahmad Mola, in The Hague, was announced by the Arab Struggle Movement for the Liberation of Ahwaz. The allegations of Iran’s government being behind this horrid act was also pointed out by the organization. 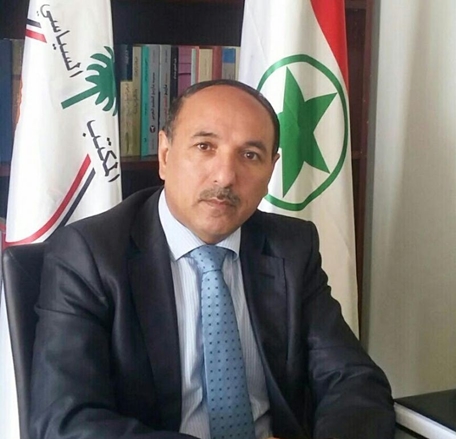 Ahmad Mola, 54 years old, was outside his house when anonymous armed men shot him brutally five times, targeting his head and chest. Mola belonged to a discriminated ethnic minority in Iran. As many other Ahwazi, his life was filled with fears of being imprisoned or killed in his country due to the racist policies towards the Ahwazi Arab peoples. For that reason, Mola fled from Iran with his family, in 2005. He had been residing in Netherlands since 2006 and had dedicated his life to the fight for human rights and democracy. He was one of the founders of the Arab Struggle Movement for the Liberation of Ahwaz.

The brutality of the assassination has shown evident similarities to assassination of dissidents, living in exile, committed by the Iranian Regime, in the past. According to the family of the murdered, Mola has been receiving death threats from the Iranian regime, as a seemingly attempt to silence dissents outside Iran. Geneva International Centre for Justice (GICJ) notes that this isn’t the first time that the Iranian regime has been accused of being involved with this kind of deliberate killing of Ahwazi activists outside of the country. There have also been assassinations of Arab Ahwazis in Iraq and the UAE, among others. In addition, GICJ stresses that the Iranian Regime has been also accused of terrible human rights violations and for continuously oppressing ethnic and religious minorities to maintain its power over its people.

GICJ has continuously reported on the human rights violations committed by the Iranian Regime , shedding light on the mistreatment and constant threats to ethnic minorities. For instance, the Ahwazi community has suffered recent executions of human rights defenders and woman activists. Additionally, GICJ has condemned the despicable sectarian agenda that the country has implemented against minorities . GICJ has also reported that the acts of ethnic and religious discrimination target particularly the Hazaras, Pashtuns, Balochs, Azeris, Baha’i, ethnic Arabs like Ahawzi populations, and non-Shiites. The abuses perpetrated to these groups include torture and the denial of the right to fair trial: in fact, GICJ’s reports have pointed out that the Iranian Code of Criminal Procedures of June 2015 fails to guarantee adequate access to independent lawyers nor medical care, nor does it include clear provisions that prohibit the use of torture. GICJ’s reports have also shed light on the fact the ethnic and religious minorities are often forcibly displaced, and denied the right to freedom of expression and peaceful assembly within their communities.

Geneva International Centre for Justice stresses that authoritative and dictator regimes instil fear among their society by using such practices of reprisal; oppression; and immunized crime protected by a complete centralization of public entities, and by the anonymity of the crimes; as the better ways to hold on to their power. However, GICJ notes that minorities are protected under international law and customary international law, for example, by the Declaration on the Rights of Persons Belonging to National or Ethnic, Religious and Linguistic Minorities, so governments have a moral obligation and responsibility to implement necessary measures to protect them from any discrimination practices.

Geneva International Centre for Justice urges the State of Netherlands to take all necessary measures to investigate this terrible act of violence against this prominent human rights activist, act which puts the rights to free expression and conscience at risk, particularly for the minority societies of Iran. The authorities in the Netherlands ought to make every prudent effort not only to investigate the case but also to ensure accountability for the perpetrators; as well as to dismantle any type of Iranian criminal network that operates in the country of Netherlands seeking to assassinate and attack expatriate dissidents.

Furthermore, Geneva International Centre for Justice reiterates that the international community should intensify the efforts aimed at pressuring the Iranian government to cease human rights violations and to respect international law both at home and abroad. Likewise, GICJ calls on civil society organizations to condemn and speak up against those methods that seek to instil fear in the Iranian society. Additionally, GICJ reiterates the call on the Human Rights Council to appoint a new Special Rapporteur specifically focused on the protection of Iranian minorities both in and outside the country. In Addition, GICJ calls on UN member States to make sure that the State of Iran offers reparation measures to all the families of those illegally detained and killed and all those whose rights have been violated.

Finally, while GICJ express its deep condolences to the family of the victim, it remains hopeful that justice will prevail.