Swimming Against the Tides: Examining the EU Response to Irregular Migration through the Mediterranean Sea 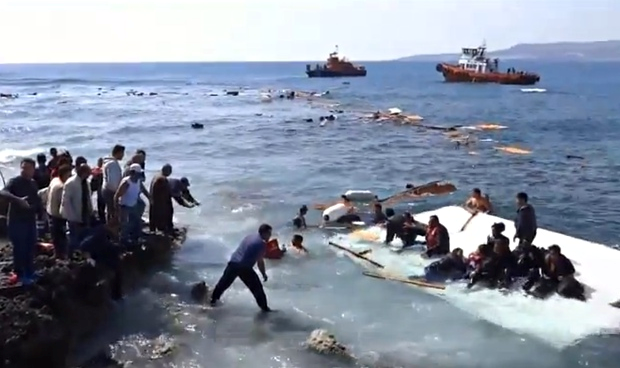 The report shows that since the November 2014 cancelation of “Mare Nostrum”, the Italian search and rescue naval operation in the Mediterranean Sea, hundreds of lives have been lost at sea. Despite the dangers facing them however, migrants continue to make the journey to Europe by the boatload. Those risking everything to come to Europe are doing so because they face unimaginable conditions and horrors in their home country. Europe represents an opportunity to forge the life they deserve. For them, Europe is a chance to fulfill many of their rights which are affirmed in various international human rights treaties. To deny anyone of this right goes against the essence of the human rights field. For Europe to deny these rights is an act of the utmost hypocrisy from the continent which has championed and pioneered the universality of human rights. Yet, in the report GICJ explores the repeated efforts by European states to shirk responsibility in the past few months, despite the ever worsening situation.

Ifeoluwa Kolade, a researcher at Geneva International Centre for Justice, and the main author of the report, said that ‘Swimming Against the Tides’ examines the false perception across much of Europe that most arrivals are economic migrants is a key part of the problem. In their view, economic migrants should not be given leeway, because there no danger of violations of their human rights. However, looking at the country of origin of migrants crossing the Mediterranean, the myth of the economic migrant is discredited, Ms. Kolade added.

The report shows that main countries of origin are Syria, Eritrea, Somali and Afghanistan. Each of these countries has faced and continues to face war, internal conflict or a brutal dictator. Those who are fleeing are doing so as asylum seekers, because they persecution and other human rights abuses in their country. The term “economic migrant” is simply being used to mask the responsibility Europe has to provide asylum.

Yet the report tackles the position occupied by economic migrants. Though the majority of migrants crossing the Mediterranean are asylum seekers, there are still those who are economic migrants. What is important to emphasize in the case of the European response is that economic migrants also need a pathway to reach Europe. Economic migrants are coming to Europe from African countries which continue to face high poverty levels and lack of opportunity for youth. The high poverty levels and overall lower level of development are direct and indirect consequences of centuries of European exploitation of the continent. In as much as various international human rights treaties guarantee rights that cannot be realized in poverty, it becomes necessary to explore how these treaties can be promoted universally.

There must be a concerted effort by Europe to tackle the difficulties that drive all migrants. It is especially important that the EU policy shows awareness of the interconnected nature of development, poverty and migration. This report hopes to shed light on the history and underlying forces behind migration to the EU and lay groundwork for what must be done to effectively tackle the issue.

GICJ concludes its report by recommending the following steps:

• Ensuring that justice to African nations who have suffered disproportionately under the effects of slavery, colonialism and neo-colonialism is a key part of migrant intake programs and quotas.

• An increase in the number of yearly refugee spots from 20,000.

• A new policy towards immigration that allows more migrants to allow in Europe through legal channels. This new policy should not exclude low skilled workers, in fact, it should pay special attention to this category of migrants as they are the ones who find it must difficult to immigrate legally.

Press Release on GICJ report on migration in Spanish.