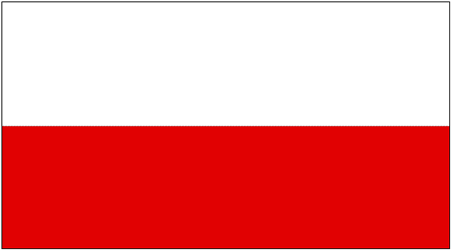 Poland's review revealed divergent human rights achievements during the 4th cycle of the UPR on the 15th of November  2022. While Poland’s warm welcoming of Ukrainian refugees was almost unequivocally recognised by the international community, human rights challenges are still prevalent in the central European country.

The 4th cycle of this UPR session revealed specific concerns regarding discrimination based on race, gender, sexual orientation, and related intolerances. For instance, differentiated treatments were reported for refugees from different origins. Moreover, women’s rights were specifically mentioned as a threatened area considering the restrictive access to abortion and the lack of a legal framework concerning domestic violence.

Recognising the crucial efforts made by the Polish government to welcome Ukrainian refugees, Geneva International Centre for Justice (GICJ) warns that human rights successes should not hide further challenges. We remain preoccupied by the prevalent discrimination against certain communities in Poland and call for more effective measures to ensure the rights of all human beings in Poland. 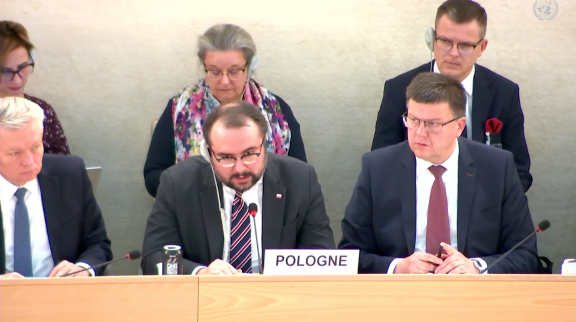 Poland published its national report for the 41st session of the Universal Periodic Review on the 15th of August 2022. The report details the progress made and remaining human rights challenges since its last review in 2017. In particular, the report highlights the implementation of policies to accommodate Ukrainian refugees fleeing war, originating in the Act of the 12th of March 2022 on Assistance to Citizens of Ukraine in Connection with the Armed Conflict on the Territory of that State. The report states that this law made it possible to legalise the stay of more than one million refugees in Poland and has enabled their rapid and successful integration into Polish society. It ensures access to basic necessities such as health care, food and housing, and goes beyond survival needs with their integration into the education system and the labour market. In addition, Poland described providing humanitarian aid to Ukraine itself, working with NGOs and supranational institutions.

The country’s report highlights other developments aimed at strengthening the protection of human rights. A so-called National Council of the Judiciary has been established to safeguard the independence of courts and judges. Poland also described its prenatal care, which sets standards to protect women during the pregnancy, during childbirth, and during the recovery period. Finally, the National Action Plan for Equal Treatment 2022-2030 lays the groundwork for the eradication of systemic discrimination resulting from various intolerances such as gender, race, and sexual orientation.

On the 24th of August 2022, the review of Poland was published by the OHCHR and presented areas where Poland still needs to improve its measures and policies. Firstly, Poland was recommended to ratify a list of several international conventions, such as the International Convention on the Protection of the Rights of All Migrant Workers and Members of Their Families, the International Convention for the Protection of All Persons from Enforced Disappearance, and the Optional Protocol to the International Covenant on Economic, Social and Cultural Rights. In addition, the UN experts raised concerns about the National Council of the Judiciary, which threatens to reduce the independence of the judiciary. It was recommended that Poland reconsider this reform and ensure that members of the judiciary are elected by their peers without interference from the executive nor the legislative branches.

The issue of systemic discrimination against marginalised communities was given a specific place in the report. It was therefore recommended that Poland clarify its legal framework by including 'national origin', 'colour' and 'descent' as grounds for discrimination and to comply with Article 1 of the International Convention on the Elimination of All Forms of Racial Discrimination. In addition, further policies are needed to effectively combat hate speech and racist crime, including by public figures, politicians, and media officials. Concerns have also been raised about the lack of legal protection for lesbian, gay, bisexual, and transgender persons under Polish law. Reports of teachers and other educators denying the existence of LGBTQI+ persons were of particular concern.

Despite the rapid integration of Ukrainian refugees, UNHCR acknowledges differential treatment of refugees of other origins. Poland was therefore called upon to ensure a proper asylum procedure for all refugees and to respect the principle of non-refoulement of refugees at the country's border. Finally, the situation of the Roma was highlighted and measures to eliminate structural discrimination were requested.

The right to health of women also received attention from the UN experts. The Constitutional Court ruling from the 22nd of October 2020 states that access to abortion is only legal when the pregnancy poses a threat to the life or health of the pregnant woman or when it is the result of a criminal act. Fearing a degrading level of protection  for women, Poland was called upon to ensure full access to health services and to remove barriers and stigma related to abortion. In addition, more effective measures to combat gender-based violence were suggested, such as recognising and clarifying the legal basis for domestic violence. 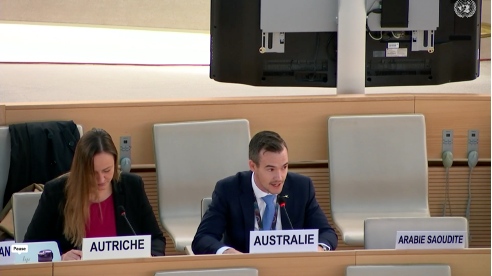 The representative of Australia expressed specific concerns regarding the rights of women and girls and recommended that Poland ensure access to safe and legal abortion. He also referred to the legal definition of rape and suggested a definition based on lack of consent in order to better combat forms of domestic violence. In addition, the diplomat advised expanding the existing educational programme to raise awareness of systemic discrimination based on gender identity, sexual orientation and race. Finally, he criticised the judicial reforms and called for the independence and impartiality of the judicial system. 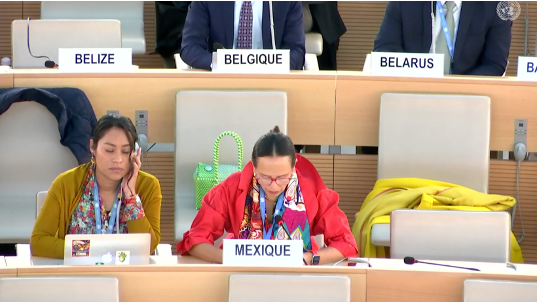 Mexico welcomed the National Action Plan against Discrimination 2022-2030. However, its representative called on Poland to ratify the Convention on the Protection of the Rights of All Migrant Workers and Members of Their Families. She also recommended making torture a specific offence in the Polish Criminal Code, in order to comply with the international obligation related to the Convention against Torture. It was also suggested to avoid any medical procedure to persons with disabilities without their full consent. Finally, the representative proposed to expand reproductive health services and offered to share her country's experience. 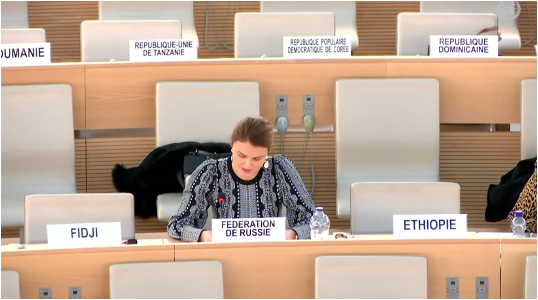 The diplomat from the Russian Federation described Poland's behaviour as hypocritical regarding the reception of refugees. She recommended that Poland respects the rights of all asylum seekers. She also requested it to take measures against crimes of racial and gender intolerance. Russia said it was not surprised that the situation in neighbouring Ukraine interfered with this UPR session review of Poland and regretted the return of neo-Nazism in that country. The representative therefore called for measures to counter the glorification of Nazism in Poland.

Throughout the interactive dialogue, the Polish delegationresponded to the various questions and recommendations raised by the participating States. It stated that the judicial reform was aimed at increasing its independence and assured that the Polish system was not different from that of other countries. It was acknowledged that Polish law does not include a specific enumeration of types of crimes such as those related to sexual orientation or race. However, Poland assures that this does not mean a lack of action, or of protection and explained that the provisions of the Penal Code protect all minorities generally from hate speech and crimes. Despite restrictive access to abortion, the representatives assured that the health system guarantees the protection and well-being of pregnant women, before, during and after childbirth. Poland also reported that ethnic minorities are protected by the Constitution. Roma and Jews benefit like everyone else from public services, including health care and access to the educational system, reinforced by the Government's 2021 Roma Community Programme 2030.

Geneva International Centre for Justice (GICJ) welcomes the UPR report of the State of Poland, and the stakeholders involved in the review. We welcome all efforts made by Poland to improve the respect of human rights in the country. In particular, GICJ commends the government's prompt and effective assistance to Ukrainian refugees.

However, GICJ recalls that human rights successes should not hide challenges and failures. We are particularly concerned about the systemic discrimination faced by marginalised communities in Poland due to intolerances related to gender, sexual orientation, race, and religion, among others. In the legal context of the restrictive abortion law, we also urge the Polish state to implement effective measures to ensure women's health.